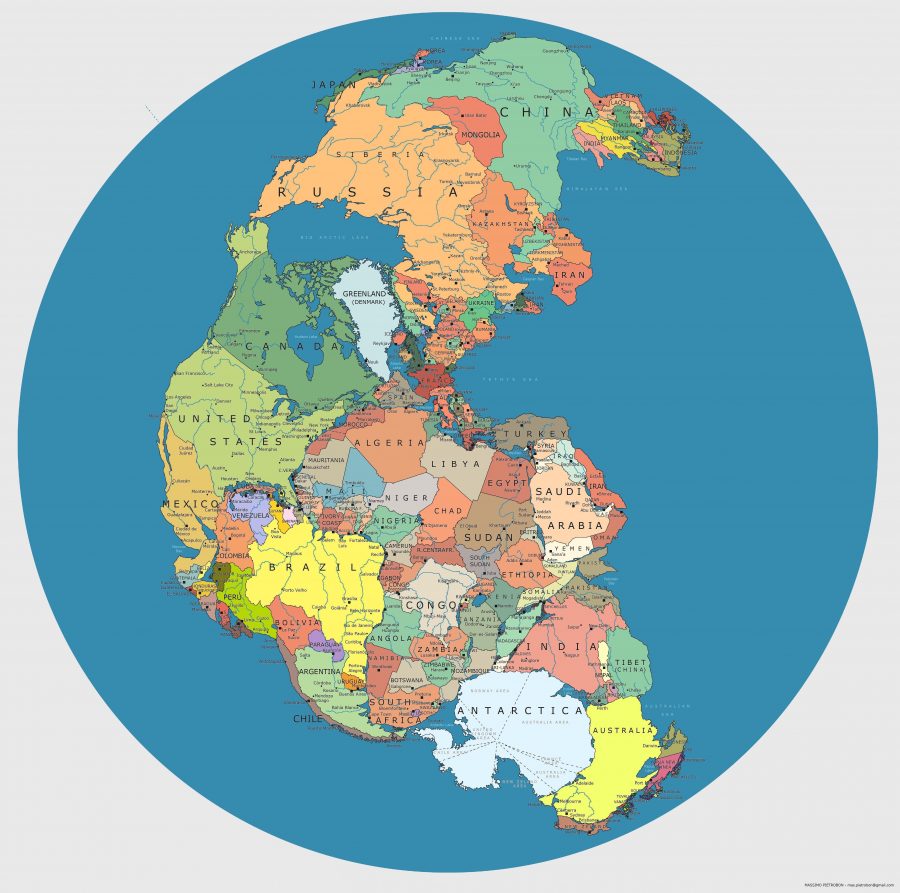 The supercontinent of Pangea formed some 270 million years ago, during the Early Permian Period, and then began to break up 70 million years later, eventually yielding the continents we inhabit today. Pangea was, of course, a peopleless place. But if you were to drop today's nations on that great land mass, here's what it might look like. (Click here to view it in a much larger, high resolution format.) The map's creator is Massimo Pietrobon, someone who playfully describes himself as "a famous explorer and cartographer of Atlantis," and who has taken on other experiments with maps in the past. When someone claimed that the scale of certain countries wasn't exactly right, Massimo was quick to confess on his blog, "Yes, it's just a trial, it can be better." But it's a creative start.

Note: An earlier version of this post originally appeared on our site in July, 2014.