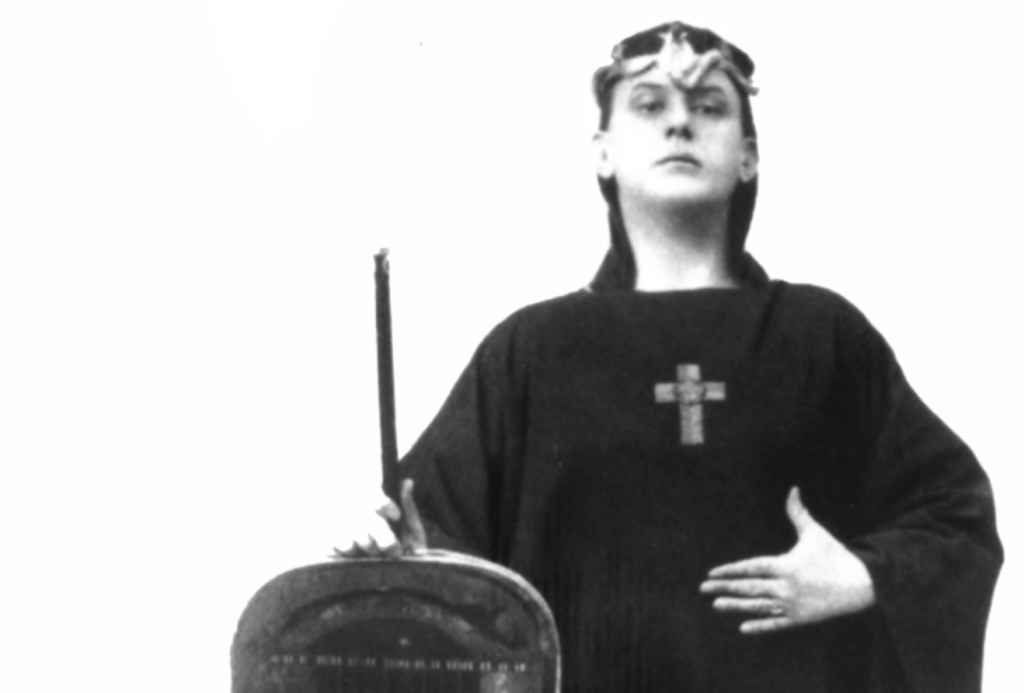 We've all had our wits scared out of us by films, images, and the written word, but somehow few forms work their haunting magic quite so effectively as sound alone. Think of the snap of the twig in the woods or the creak of the staircase in the empty house — or, to take it farther, the sound of possessed children speaking in tongues. You can hear recordings of that and other unusual phenomena at Ubuweb, which hosts the collection Occult Voices – Paranormal Music, Recordings of Unseen Intelligences 1905-2007.

A rich mixture indeed, and one that begins with those possessed kids, all of them recorded in the post-Exorcist late 1970s and early 80s; you can hear the eight-year-old "Janet" sounding not unlike the devil-filled Linda Blair in the recording embedded above.

Later we hear from mediums like Britain's famed Leslie Flint, one of the last of his kind to ostensibly speak directly in the voices of the channeled deceased, including figures as accomplished and distinctive as Oscar Wilde in 1975 (above), Charlotte Brontë in 1973, and Winston Churchill in 1980.

The collection also contains the voice of Arthur Ford, who made his name as a medium by claiming to have made contact with the spirit of Harry Houdini. In the clip above, you can hear five minutes of Ford's final Houdini séance, conducted in 1936.

No collection of occult materials would be complete, of course, without something from Aleister Crowley, surely the most famous occultist in modern history, and one known in his time as "the wickedest man in the world." Just above we have Crowley reciting "The Call of the First Aethyr," a piece of occult poetry he recorded in a 1920 session that produced the only known recordings of his voice.

Though Crowley, like many of the other spiritualists captured here, hailed from Britain, much of the material in the collection comes from Germany, especially the kind of paranormal music heard just above. But no matter where in the world these recordings were made, and whether or not you believe in the existence of other realms beyond that world, describing any of the recordings gathered here will leave you grasping for any adjective besides otherworldly.

The Strange, Sci-Fi Sounds of Skating on Thin Black Ice