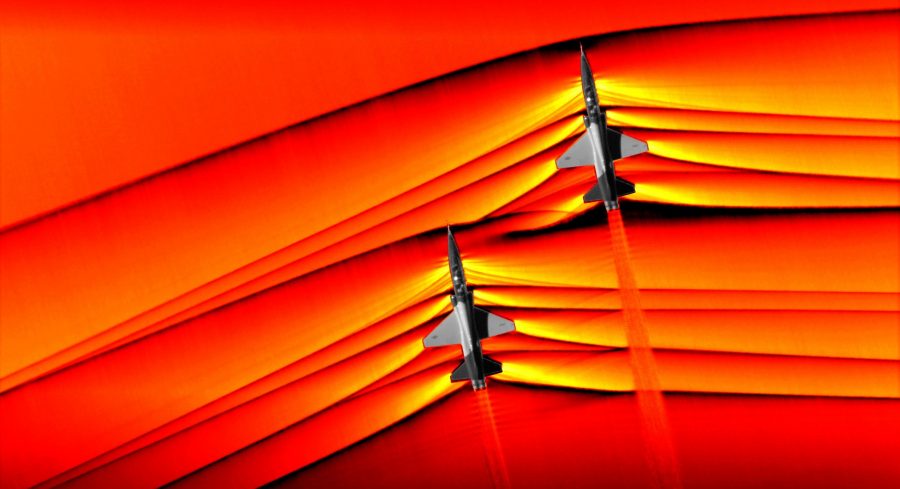 “We never dreamt that it would be this clear, this beautiful.” That's how NASA scientist J.T. Heineck responded when he got his first glimpse of images that captured "the first-ever images of the interaction of shockwaves from two supersonic aircraft in flight."

The images feature a pair of T-38s from the U.S. Air Force Test Pilot School at Edwards Air Force Base, flying in formation at supersonic speeds. The T-38s are flying approximately 30 feet away from each other, with the trailing aircraft flying about 10 feet lower than the leading T-38. With exceptional clarity, the flow of the shock waves from both aircraft is seen, and for the first time, the interaction of the shocks can be seen in flight.

“We’re looking at a supersonic flow, which is why we’re getting these shockwaves,” said Neal Smith, a research engineer with AerospaceComputing Inc. at NASA Ames’ fluid mechanics laboratory.

“What’s interesting is, if you look at the rear T-38, you see these shocks kind of interact in a curve,” he said. “This is because the trailing T-38 is flying in the wake of the leading aircraft, so the shocks are going to be shaped differently. This data is really going to help us advance our understanding of how these shocks interact...”

While NASA has previously used the schlieren photography technique to study shockwaves, the AirBOS 4 flights featured an upgraded version of the previous airborne schlieren systems, allowing researchers to capture three times the amount of data in the same amount of time.

“We’re seeing a level of physical detail here that I don’t think anybody has ever seen before,” said Dan Banks, senior research engineer at NASA Armstrong. “Just looking at the data for the first time, I think things worked out better than we’d imagined. This is a very big step.” 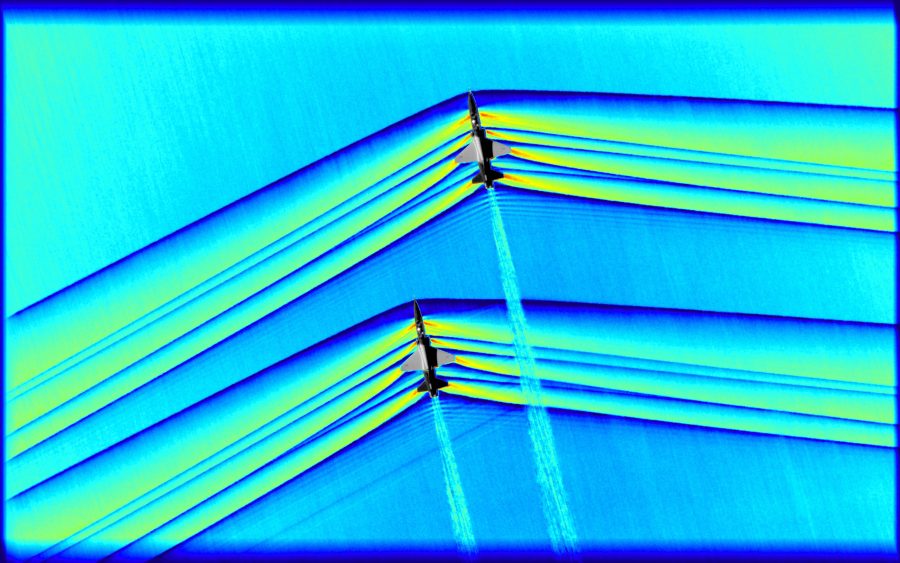 The Full Rotation of the Moon: A Beautiful, High Resolution Time Lapse Film

Hear the Very First Sounds Ever Recorded on Mars, Courtesy of NASA