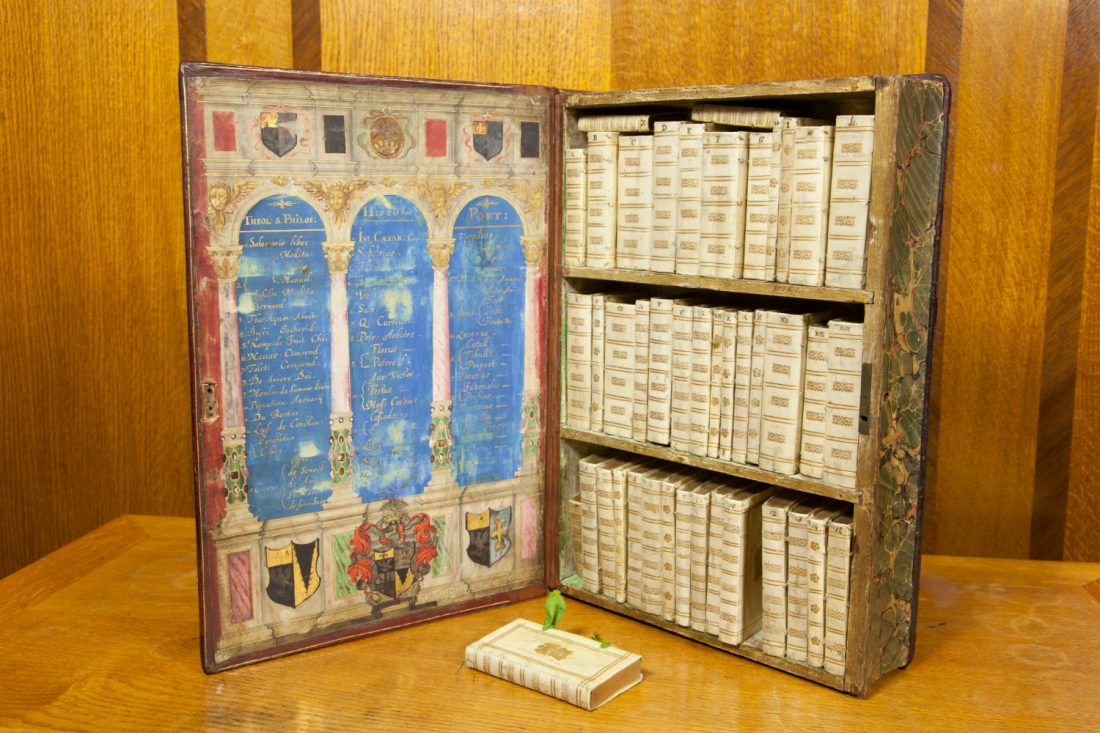 Image courtesy of the University at Leeds

In the striking image above, you can see an early experiment in making books portable--a 17th century precursor, if you will, to the modern day Kindle.

According to the library at the University of Leeds, this "Jacobean Travelling Library" dates back to 1617. That's when William Hakewill, an English lawyer and MP, commissioned the miniature library--a big book, which itself holds 50 smaller books, all "bound in limp vellum covers with coloured fabric ties." What books were in this portable library, meant to accompany noblemen on their journeys? Naturally the classics. Theology, philosophy, classical history, classical poetry. The works of Ovid, Seneca, Cicero, Virgil, Tacitus, and Saint Augustine. Many of the same texts that showed up in The Harvard Classics (now available online) three centuries later, and now our collection of Free eBooks.

Apparently three other Jacobean Travelling Libraries were made. They now reside at the British Library, the Huntington Library in San Marino, California, and the Toledo Museum of Art in Toledo, Ohio.

Note: An earlier version of this post appeared on our site in October, 2017.

The Assassin’s Cabinet: A Hollowed Out Book, Containing Secret Cabinets Full of Poison Plants, Made in 1682