in Comedy, Podcasts, Pretty Much Pop | Tagged with: comedians as philosophers,culture podcast,Pretty Much Pop,stand-up comedy| October 30th, 2019 Leave a Comment 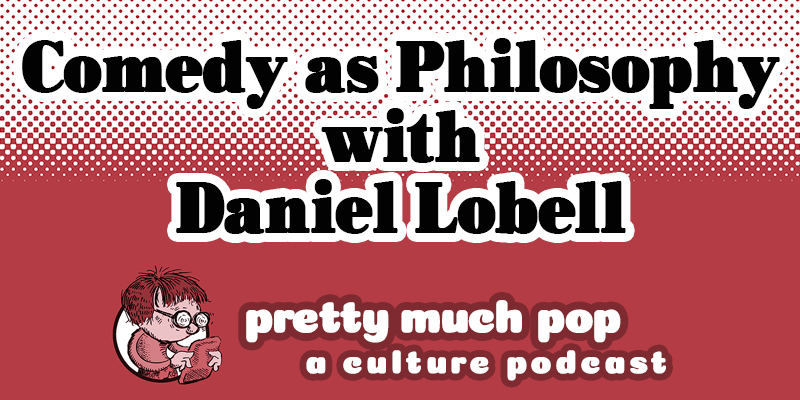 In an age where the average person can't name a living academic philosopher, it's been claimed that the social role of an individual orating to the masses and getting them to think about fundamental questions is actually not performed by academics at all, and certainly not by politicians and religious figures who need to keep on message in one way or other, but by stand-up comedians.

This is the premise of the Modern Day Philosophers podcast, where comedian Daniel Lobell interviews some of our best known and loved comics. However, as Daniel has discovered in the course of that show, only some comedians are trying to express original views on the world. Many are just trying to tell good jokes. So do the routines of those more idea-based comedians count as philosophy? Or does telling the whole truth (instead of a funny one-side or exaggerated take on truth) rule out being funny?

Find out about Danny's podcasts, graphic novel, album, and videos at dannylobell.com.

This episode includes bonus discussion (including some out-takes from the interview where we got too off-topic) that you can only hear by supporting the podcast at patreon.com/prettymuchpop. This podcast is part of the Partially Examined Life podcast network.