Watch the Spectacular Hieronymus Bosch Parade, Which Floats Through the Garden of Earthly Delights Painter’s Hometown Every Year

Whether painting scenes of paradise, damnation, or somewhere in between, Hieronymus Bosch realized elaborately grotesque visions that fascinate us more than 500 years later. But no matter how long we gaze upon his work, especially his large-format altarpiece triptychs, most of us wouldn't want to spend our lives in his world. But a group of dedicated Bosch fans has made it possible to live in it for three days a year, when the annual Bosch Parade floats down the Dommel River. Last year that small waterway hosted "a story in motion, presented on 14 separate tableaux. They shape a universal tale of power and counterforce, battle and rapprochement, chaos and hope. From the chaos after the battle a new order shall emerge." 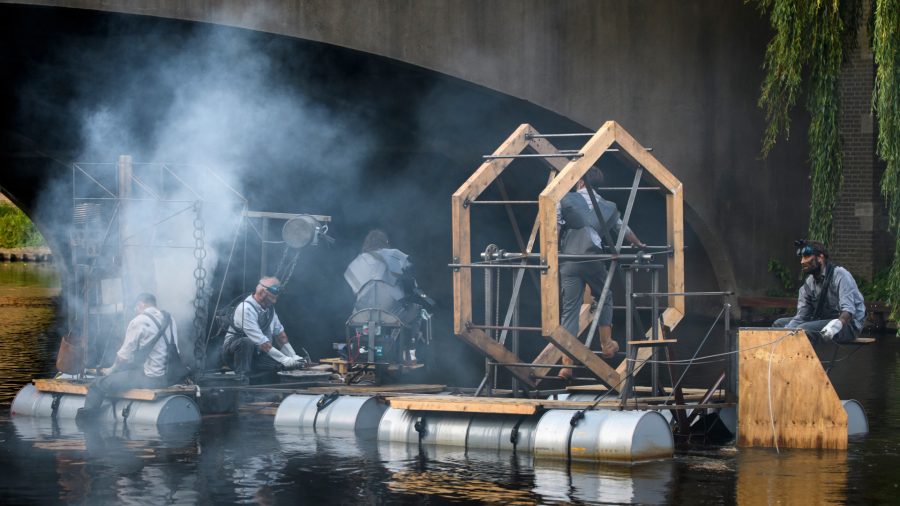 In practical terms, writes Colossal's Grace Ebert, that meant "a musical performance played on a partially submerged piano and a scene with two people straddling enormous horns," as well as a dozen other water-based vignettes that passed through the Dutch town of 's-Hertogenbosch, Bosch's birthplace and later his namesake.

Everything that rolled down the Dommel was designed by a group of artists selected, according to the parade's web site, "on the basis of their complementary characteristics, the various disciplines they represent and their clear match with the Bosch Parade artistic ‘DNA’ in the way they work and perform." As you can see in the 2019 Bosch Parade's program, the artists' creations draw on 15th-century conceptions of life, art, technology, and the human body while also taking place unmistakably in the 21st.

Though Bosch's paintings look alive even in their motionlessness, to appreciate a parade requires seeing it in action. Hence the videos here of the 2015 Bosch Parade: at the top of the post is a short teaser; just above is a longer compilation of some of the event's most Boschian moments, which puts the painter's images side-by-side with the floats they inspired. Viewers will recognize elements of The Garden of Earthly Delights, Bosch's single best-known work, but also of The Haywain Triptych, The Seven Deadly Sins and the Four Last Things, and The Temptations of St. Anthony. As art history buffs know, some of those paintings may or may not have been painted by Bosch himself, but by one of his followers or contemporary imitators. 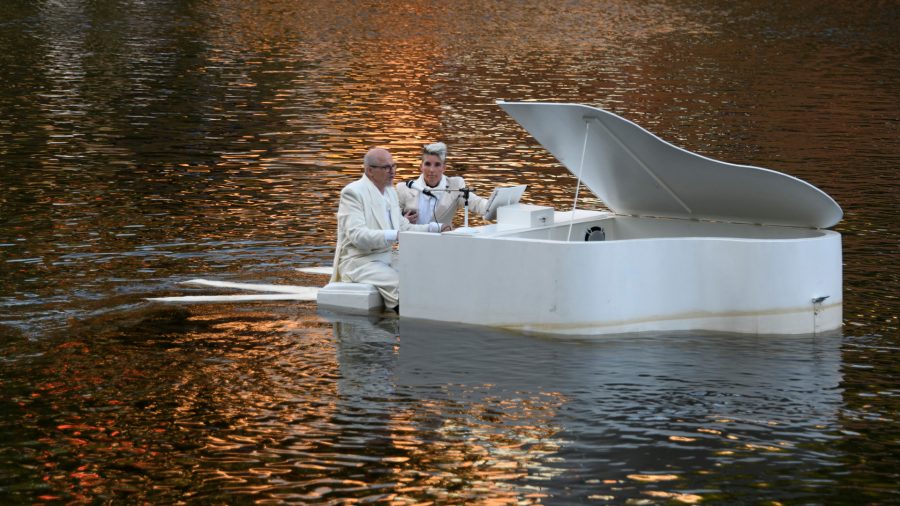 But to the extent that all these images can inspire modern-day painters, sculptors, musicians, dancers, and spectacle-makers, they enrich the Boschian reality — a reality of water and fire, bodies and body parts, men and monsters, contraptions and projections, and even video games and the internet — that comes to life every summer in 's-Hertogenbosch. Or rather, most every summer: the next Bosch Parade is scheduled not for June of this year but June of 2021. But when that time comes around around it will last for four days, from the 17th through the 20th. That information comes from the parade's Twitter account, which in the run-up to the event will presumably also post answers to all the most important questions — such as whether next year will feature any live buttock music.