Pretty Much Pop: A Culture Podcast #8 Discusses Spider-Man: Far From Home and the Function of Super-Hero Films 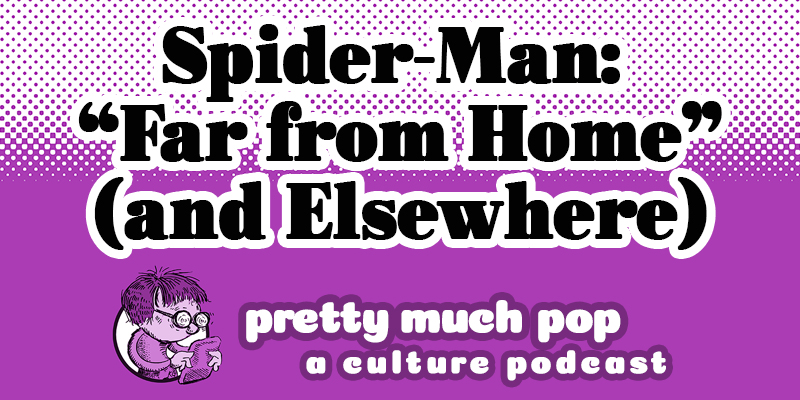 Mark Linsenmayer, Erica Spyres, and Brian Hirt finally cover a current film, and of course use it as an entry point in discussing the social function of super-hero films more generally, how much realism or grittiness is needed in such stories, whether to repeat or bypass the origin story, everlasting franchises, the use of multi-verses as a storytelling device, exaggerating the potential in a story of new technologies that the audience doesn’t really understand, and more.

We touch on other bits of the Marvel Universe and the other Spider-Man films, the original Amazing Spider-Man #13 comic that introduced Mysterio, The Lion King, Watchmen, The Boys, Star Trek, Electric Dreams, the Rob Lowe “John Smith’s Bachelor Party” scene in Austin Powers, the recurring henchman in Spider-Man (actually Peter Billingsley, i.e. Ralphie in A Christmas Story), and the Exiles comic (a Marvel team that travels between multi-verses).

Some articles we looked at for this episode include: