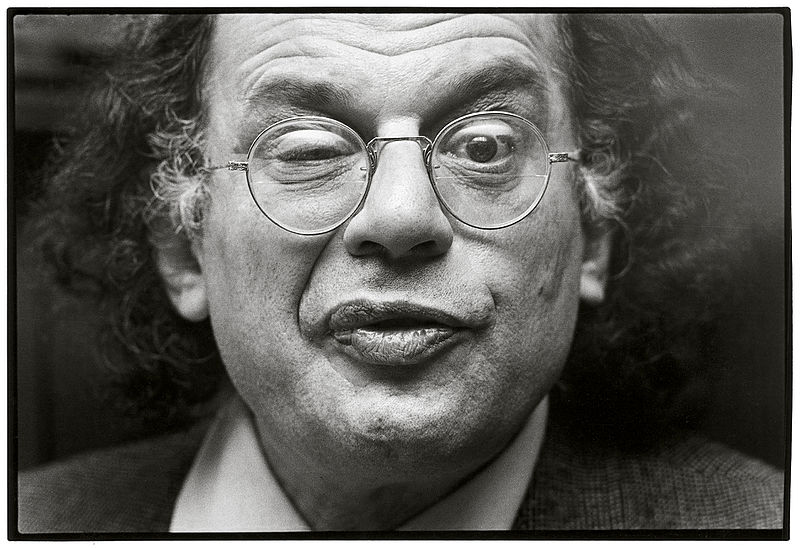 Occasionally I slip into an ivory tower mentality in which the idea of a banned book seems quaint—associated with silly scandals over the tame sex scenes in James Joyce or D.H. Lawrence or more recent, misguided dust-ups over Huckleberry Finn. After all, I think, we live in an age when bestseller lists are topped (no pun) by tawdry fan fiction like Fifty Shades of Grey. Nothing’s sacred. But this notion is a massive blind spot on my part; the whole awareness-raising mission of the annual Banned Books Week seeks to dispel such complacency. Books are challenged, suppressed, and banned all the time in public schools and libraries, even if we’ve moved past outright government censorship of the publishing industry.

It’s also easy to forget that Allen Ginsberg’s generation-defining poem “Howl” was once almost a casualty of censorship. The most likely successor to Walt Whitman’s vision, Ginsberg’s oracular utterances did not sit well with U.S. Customs, who in 1957 tried to seize every copy of the British second printing. When that failed, police arrested the poem’s publisher, Lawrence Ferlinghetti, and he and Ginsberg’s “Howl” were put on trial for obscenity. Apparently, phrases like “cock and endless balls” did not sit well with the authorities. But the court vindicated them all.

The story of Howl’s publication begins in 1955, when 29-year-old Ginsberg read part of the poem at the Six Gallery, where Ferlinghetti—owner of San Francisco’s City Lights bookstore—sat in attendance. Deciding that Ginsberg’s epic lament “knocked the sides out of things,” Ferlinghetti offered to publish “Howl” and brought out the first edition in 1956. Prior to this reading, “Howl” existed in the form of an earlier poem called “Dream Record, 1955,” which poet Kenneth Rexroth told Ginsberg sounded “too formal… like you’re wearing Columbia University Brooks Brothers ties.” Ginsberg’s rewrite jettisoned the ivy league decorum.

Unfortunately, no audio exists of that first reading, but above (or via these links: Stream – iTunes ) you can hear the first recorded reading of “Howl,” from February, 1956 at Portland’s Reed College. The recording sat dormant in Reed’s archives for over fifty years until scholar John Suiter rediscovered it in 2008. In it, Ginsberg reads his great prophetic work, not with the cadences of a street preacher or jazzman—both of which he had in his repertoire—but in an almost robotic monotone with an undertone of manic urgency. Ginsberg’s reading, before an intimate group of students in a dormitory lounge, took place only just before the first printing of the poem in the City Lights edition.

The recordings listed above all appear in our collection of 900 Free Audio Books. Just look for the Poetry section.