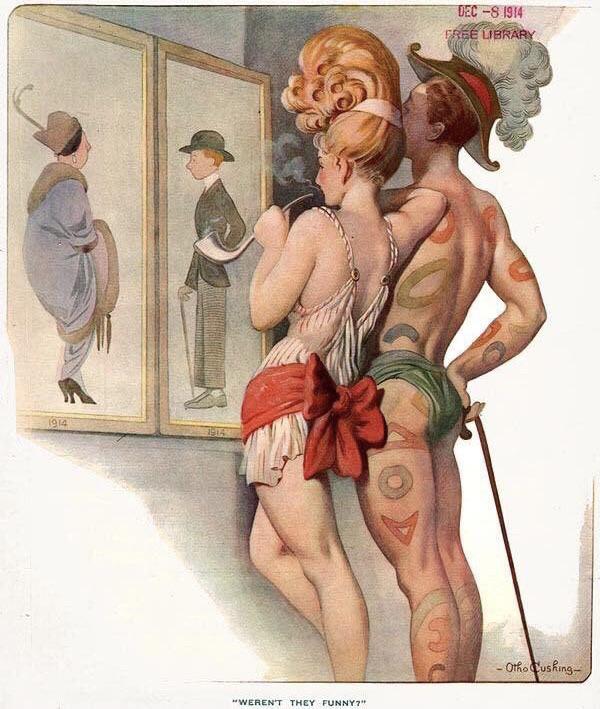 Though still just within living memory, 1950 now seems as if it belongs not just to the past but to a wholly bygone reality. Yet that year once stood for the future: that is to say, a time both distant enough to fire up the imagination and near enough to instill a sense of trepidation. It must have felt that way, at least, to the subscribers of Life magazine in December of 1914, when they opened an issue of that magazine dedicated in part to predicting the state of humanity 36 years hence. Its bold cover depicts a man and woman of the 1950s amusedly regarding pictures of a man and woman in 1914: the latter wear buttoned-up European street clothing, while the former have on almost nothing at all.

As rendered by illustrator Otho Cushing, the thoroughly modern 1950s female wears a kind of slip, something like a garment from ancient Greece updated by abbreviation. Her male counterpart takes his inspiration from an even earlier stage of civilization, his loincloth covering as few as possible of the abstract patterns painted or tattooed all over his body. (About his choice to top it all off with a plumed helmet, an entire PhD thesis could surely be written.)

Any credible vision of the future must draw inspiration from the past, and Cushing’s interests equipped him well for the task: 28 years later, his New York Times obituary would refer to his early specialization in depicting “handsome young men and women in Greek or modern costumes.” 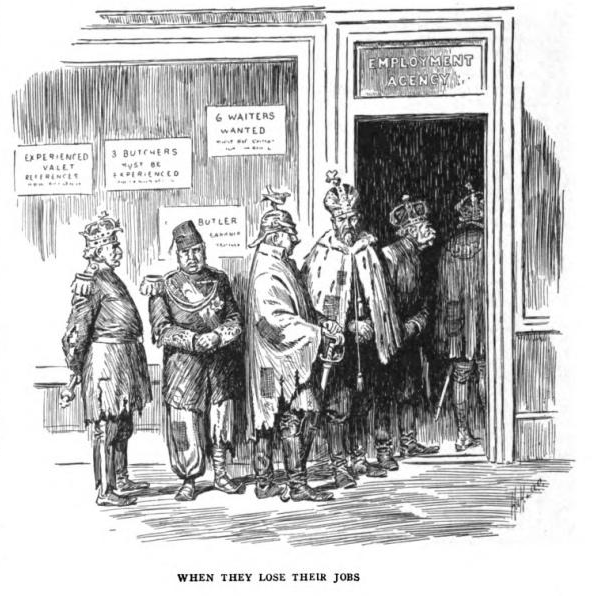 Even though fashions have yet to make a return to antiquity, how many outfits on the street of any major city today would scandalize the average Life reader of 1914? Of course, the cover is essentially a gag, as is much of the ostensible prognostication inside. As circulated again not long ago in a tweet thread by Andy Machals, it foresees monarchs in the unemployment line, boys’ jobs taken by girls, women acquiring harems of men, and the near-extinction of marriage. But some predictions, like 30 miles per hour becoming a slow enough driving speed to be ticketable, have come true. Another piece imagines people of the 1950s hiring musicians to accompany them throughout each phase of the day. Few of us do that even in the 2020s, but living our digitally soundtracked lives, we may still wonder how our early 20th-century ancestors managed: “Between meals they listened to almost absolutely nothing.” 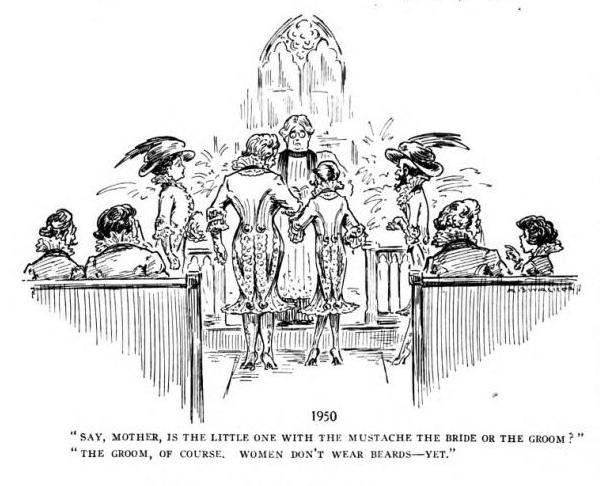