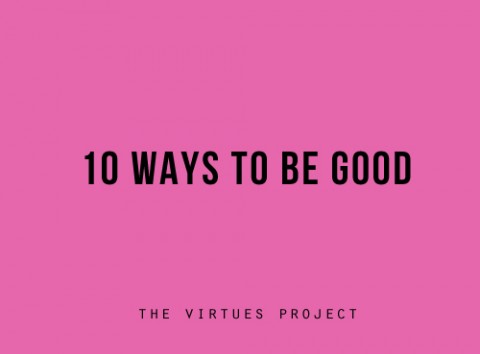 At the end of my college years, I found I needed to take one final political science course to complete my major. I chose a small summer session on the subject of virtue. Having enrolled with no idea what to expect, I finished the quarter less changed by the assigned readings and classroom discussions than by the very — and very unusual — task of having to think about virtue at all. Jokes about the distance of virtue from modern college students’ minds write themselves, but Alain de Botton, a man given to much thought and writing about such lost topics, suspects that the same condition afflicts all of us. Hence his introducing, under the banner of his institution The School of Life, the Virtues Project. It emerges into an unreceptive environment. As de Botton puts it in this introductory post, “In the modern world, the idea of trying to be a ‘good person’ conjures up all sorts of negative associations: of piety, solemnity, bloodlessness and sexual renunciation, as if goodness were something one would try to embrace only when other more difficult but more fulfilling avenues had been exhausted.”

“Throughout history,” he continues, “societies have been interested in fostering virtues, in training us to be more virtuous, but we’re one of the first generations to have zero public interest in this.” In order to bring that number up, de Botton and The School of Life have enumerated ten simple but universal virtues — resilience, empathy, patience, sacrifice, politeness, humor, self-awareness, forgiveness, hope, and confidence — and embedded them in a manifesto, of which you can download a handsome PDF version. This provides the foundational text of the Virtues Project, a component of de Botton’s larger mission, laid out in his recent book Religion for Atheists, to repurpose for modern society the elements of faith that have demonstrated practical value throughout history. Since my adult life, which effectively began as that last poli-sci course ended, has chiefly presented the challenge of winning and maintaining my own self-respect, I’ll be committing these ten virtues to memory, and no doubt watching for the Virtues Project’s lectures and public events to come.