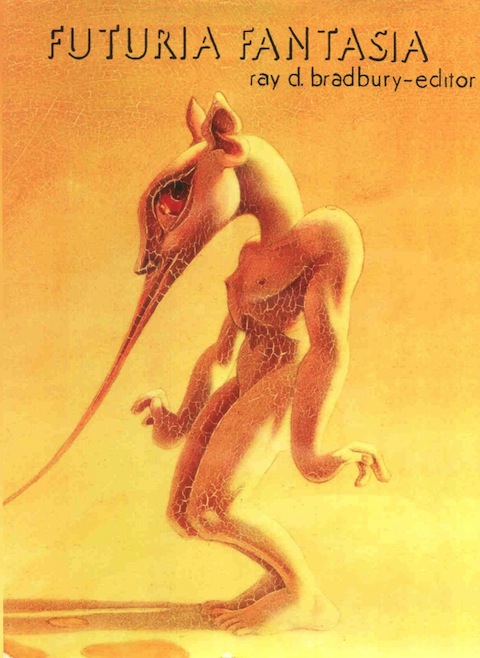 Budding science-fiction authors today know that, to get their start, they should probably go online and publish themselves. But even before the advent of the modern internet, many writers eager to tell speculative tales of humanity’s future struggle with technology, knowledge, and its own nature showed a similar self-starting bent. They made especially advantageous use of photocopiers and staplers in the seventies and eighties, the decades commonly considered the heyday of those low-circulation publications known as zines. But long before before that, the format already incubated serious science-fiction talent. Take Futuria Fantasia, which published four issues between 1939 and 1940. Its editor? A certain Ray Bradbury, before Fahrenheit 451, before The Martian Chronicles — before everything.

“Released in 1939 shortly after Bradbury graduated from high school,” says Zinewiki’s entry on the magazine, “Futuria Fantasia was published with the help of [sci-fi promoter] Forrest J. Ackerman, who lent Bradbury $90.00 for the fanzine.” The first issue, available free from Project Gutenberg, includes Bradbury’s story “Let’s Get Technatal” (written under the pseudonym “Ron Reynolds”) and poem “Thought and Space.”

The second issue includes an article he wrote under “Guy Amory” and his story “The Pendulum.” The third includes a Bradbury editorial, the fourth another editorial and the pseudonymous stories “The Piper” and “The Flight of the Good Ship Clarissa.” “I hope you like this brain-child, spawned from the womb of a year long inanimation,” the ambitious young Bradbury writes in his introduction to the summer 1939 issue. “This is only the first issue of FuFa … if it succeeds there will be more, better issues coming up.” Three more would, indeed, emerge, but surely even such a predictive mind as Bradbury’s couldn’t imagine what his career really held in store.

You can hear all ten stories from the Spring 1940 edition of Futuria Fantasia in the playlist below. It includes “Gorgono and Slith” by Ray Bradbury: