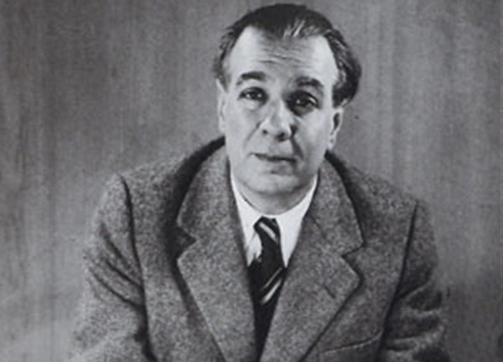 In Jorge Luis Borges’ short story “The Library of Babel,” the titular library contains “all that it is given to express, in all languages”:

As well as an ironic allegorical take on the Newtonian notion of the universe as legible and organized, Borges’ story enacts his experience of a life lived almost entirely inside literature as one of the most erudite writers, essayists, and librarians of all time. Borges was not only intimidatingly widely-read, but his critical opinions were notoriously idiosyncratic and contrarian. He preferred the obscure to the widely celebrated, castigating, for example, admirers of Baudelaire as “imbeciles” (according to his longtime friend and biographer Adolfo Bioy Casares) while professing his own admiration for Baudelaire’s onetime friend, the morose and unpleasant zealous Catholic convert Leon Bloy.

But in addition to his penchant for writers no one reads, Borges also loved more populist writers like G.K. Chesterton and Rudyard Kipling and had the canons of several European literatures memorized, not to mention the labyrinthine works of several medieval Catholic philosophers and all of Spinoza. In short, his tastes were unpredictable and entirely his own, untainted by any gestures toward fashion or public sentiment. And that is why he is an excellent guide to the genre of writing that his name has become associated with more than any other: that of speculative fiction or “fantastic tales.” In 1979, Borges edited a collection of such writing, in 33 volumes, in Spanish (though perhaps originally in Italian). Each volume is devoted to a selection of works from a single author (including Borges himself, volume 2) or to a geographical distribution, such as “Russian Tales” (volume 29) and “Argentinian Tales” (volume 30).

In a 2009 piece for The Rumpus, Grant Monroe details his attempt to track down the contents of this massive anthology, called, after Borges’ story, The Library of Babel. While the collection is considerably less impenetrable, “indefinite and perhaps infinite” than the library-world of his famous story, it is nonetheless daunting, and one could get lost in its corridors for several months. Below, you can find a list of seven selected stories—with links to online versions—very roughly representative of the breadth and strange depths of Borges’ curatorial imagination. Then see the full contents of The Library of Babel anthology below the jump.

A contemporary and friend of Borges’ detested Baudelaire, Villiers de l’Isle-Adam was just the kind of down-at-heel aristocratic roué whom everyone imagines when thinking of French symbolist poetry. Greatly influenced by Poe, his Cruel Tales, from which the story above comes, is a collection of mostly mystical stories.

This 17th century Chinese writer was much-beloved by Borges, and his influence on the latter’s work is patently evident from a cursory scan of the titles in Pu’s collection, Strange Stories from a Chinese Studio.

Hinton, a British mathematician and sci-fi writer who was much interested in the fourth dimension and who coined the word “tesseract,” wrote speculative fiction deeply informed by physics and mathematics, often complete with diagrams, as in the above short work, one of nine pamphlets published as Scientific Romances.  Hinton is mentioned in at least two of Borges’ stories.

One does not generally think of Dostoevsky as a writer of “fantastic tales,” nor, for that matter, of short fiction. But Borges includes this little-known short in his volume of Russian Tales.

Briefly associated with British occultists like A.E. Waite and exerting a great deal of influence on Aleister Crowley, H.P. Lovecraft, and generations of genre writers, Welsh writer Arthur Machen was also a favorite of Borges.

Everyone is familiar with Voltaire the philosopher and satirist, but few know of his contribution to the development of science fiction with his seven-part story “Micromegas,” the tale of a 20,000 foot tall alien banished from his world for heresy.

This Argentinian writer was a major influence on Borges. Although he receives his own edited volume in the anthology (volume 19), this story appears in volume 30, “Argentinian Tales.”

“The Minions of Midas”

“The Shadow and the Flash”

“The Law of Life”

An Interview with Borges, with Maria Esther Vasquez

A Chronology of J.L. Borges’ Life, from Siruela Magazine

The Ruler and Labyrinth: An Approximation of J.L Borges’ Bibliography, by Fernandez Ferrer

5.  Giovanni Papini, The Mirror That Fled

“Due Immagini in una Vasca”

“The Nightingale and the Rose”

“A Torture By Hope”

“The Story of Late Mr. Elvesham”

“The Country of the Blind”

“The Door in the Wall”

“The Buddhist Priest of Ch’ang-Ch’ing”

“In the Infernal Regions”

“The Man Who Was Changed into a Crow”

“The Stream of Cash”

“The Novel of the Black Seal”

“The Novel of the White Powder”

“The Isle of Voices”

“The Duel of Dr Hirsch”

“The Honor of Israel Gow”

“The Eye of Apollo”

“The Three Horsemen of the Apocalypse”

16.  Jacques Cazotte, The Devil in Love

The Devil in Love, a novella.

“First Sorrow” [or “The Trapeze Artist”]

“The Great Wall of China”

“The City Coat of Arms”

“A Report to the Academy”

“The Facts in the Case of M. Valdemar”

“The Man in the Crowd”

“The Pit and the Pendulum”

19.  Leopoldo Lugones, The Pillar of Salt

“The Pillar of Salt”

“The Horses of Abdera”

“Rain of Fire: An Account of the Immolation of Gomorra”

“The Madonna of the Trenches”

“The Eye of Allah”

21.  The Thousand and One Nights, According to Galland

22.  The Thousand and One Nights, According to Burton

“King Sinbad and His Falcon”

“The City of Brass”

“Tale of the Queen and the Serpent”

“Tale of the Husband and the Parrot”

“Tale of the Jewish Doctor”

“Tale of the Ensorcelled Prince”

“Tale of the Prince and the Ogres”

“Tale of the Wizir and the Wise Duban”

“The Fisherman and the Genii”

23.  Henry James, The Friends of the Friends

“The Abasement of the Northmores”

“The Black and the White”

“The History of the Travels of Scaramentado”

“The Princess of Babylon”

“What is the Fourth Dimension?”

27.  Lord Dunsany, The Country of Yann

“Where the Tides Ebb and Flow”

“The Sword and the Idol”

“Idle Days on the Yann”

28.  Saki, The Reticence of Lady Anne

“The Background” [translated as “El Marco” (or “The Frame”)]

“The Peace of Mowsle Barton”

“The Reticence of Lady Anne”

“A House Taken Over”, Julio Cortazar

32.  The Book of Dreams (A Collection of Recounted Dreams)