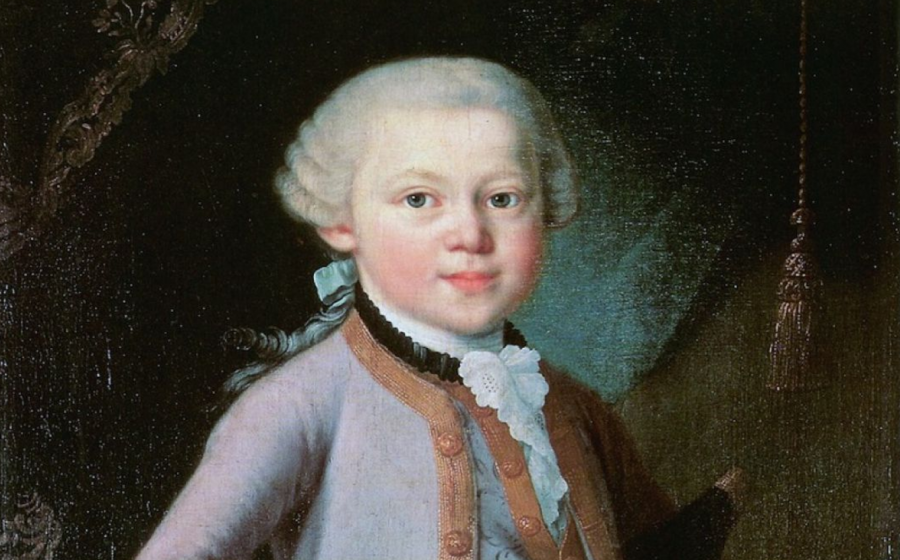 ‘Tis the very nature of parenthood to view one’s children as exceptional.

Another aspect of the condition is spending time in the company of other parents, some of whom have yet to master the art of self-restraint. Their babies are the most physically adroit, their toddlers the most generous, their elementary schoolers the most culinarily daring.

Pride in one’s children’s gifts is understandable. A straightforward brag or two is permissible. But after that, I’d really like some corroborating evidence, such as the Honourable Daines Barrington’s account of meeting a “very remarkable young musician” whose father had been dragging him around the continent on a 3-and-a-half year concert tour.

Clearly, Johannes Chrysostomus Wolfgangus Theophilus Mozart (1756-1791) was a very accomplished kid, but the term “prodigy” must have stuck in Friend of the Royal Society Barrington’s craw, even after he’d attended some of the boy’s public performances. Determined to let science be the judge, he devised a series of on-the-spot challenges designed to evaluate the boy’s musicianship beyond the rigorous practice schedule imposed by his disciplinarian father. (We all saw Amadeus, right?)

Barrington’s detailed description of these experiments would make a gimcrack Science Fair project for any little Einstein smart enough to get through 18th-century typography without throwing a tantrum because the s’s all look like f’s (see the 18th century text below). It might take a recreational mathemusician on the order of Vi Hart to truly appreciate the complexity of the tasks that Barrington assigned his young subject (something to do with having him play five contradictory lines simultaneously…).

I can interpret the data with regard to some of Barrington’s other findings. Mozart, he wrote, not only looked like a young child, he ditched his harpsichord to chase around a cat and ran about the room “with a stick between his legs by way of a horse.” So it’s not the classical period equivalent of a stage mom lying about her kid’s age to better his chances at an audition. Actually, it’s always a relief to hear about these super-kids acting like… well, my kids.

Read Barrington’s letter to the Royal Society — Account of a Very Remarkable Young Musician — in its entirety here or below. And by all means share it with the worst offenders on your PTA.

via Rebecca Onion and her Slate blog, The Vault

Newly Discovered Piece by Mozart Performed on His Own Fortepiano