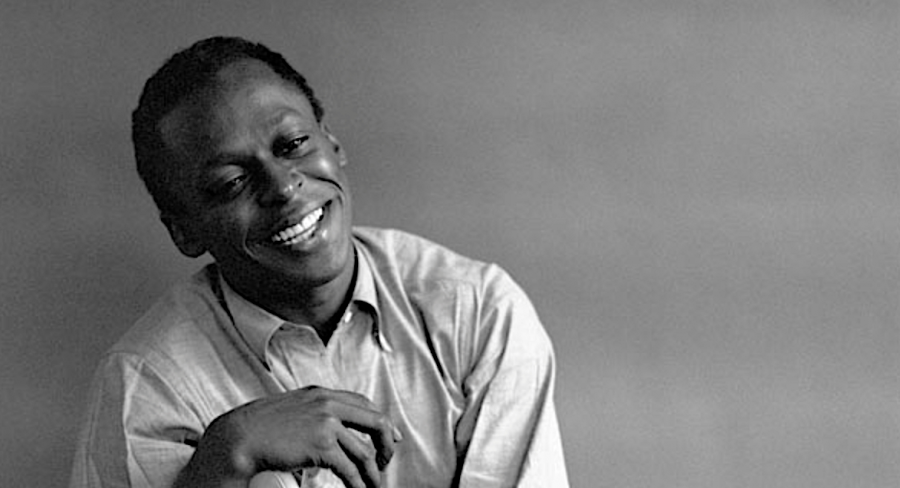 No one cooked on the trumpet like Miles Davis. And, as it turns out, he was also quite good in the kitchen (see? I spared you a pun). Tired of going out to restaurants, the foodie Davis decided to learn to make his favorite dishes. “I taught myself how to cook by reading books and practicing, just like you do on an instrument,” he wrote in his autobiography, “I could cook most of the French dishes—because I really liked French cooking—and all the black American dishes.”

Davis, writes the Chicago Sun-Times, “knew how to simmer with soul […] He made chili, Italian veal chops and he fried fish in a secret batter.” Davis’ cookbook has disappeared, and he’s apparently taken his recipe secrets to the grave with him. All but one—his favorite, “a chili dish,” he writes, “I called Miles’s South Side Chicago Chili Mack. I served it with spaghetti, grated cheese, and oyster crackers.”

While Davis didn’t exactly spell out the ingredients or instructions for his beloved chili in his memoir, his first wife Frances, whom Davis trusted implicitly with the chili making, submitted the following to Best Life magazine in 2007. While you’re prepping, I recommend you put on 1956’s Cookin’ With the Miles Davis Quintet.

1. Melt suet in large heavy pot until liquid fat is about an inch high. Remove solid pieces of suet from pot and discard.
2. In same pot, sauté onion.
3. Combine meats in bowl; season with salt, pepper, garlic powder, chili powder, and cumin.
4. In another bowl, season kidney beans with salt and pepper.
5. Add meat to onions; sauté until brown.
6. Add kidney beans, consommé, and vinegar; simmer for about an hour, stirring occasionally.
7. Add more seasonings to taste, if desired.
8. Cook spaghetti according to package directions, and then divide among six plates.
9. Spoon meat mixture over each plate of spaghetti.
10. Top with Parmesan and serve oyster crackers on the side.
11. Open a Heineken.

Mental Floss, who bring us the above, also cites another recipe Davis learned from his father, quoted by John Szwed in So What: The Life of Miles Davis. This one comes with no instructions, so “like a jazz musician, you’ll have improvise.”