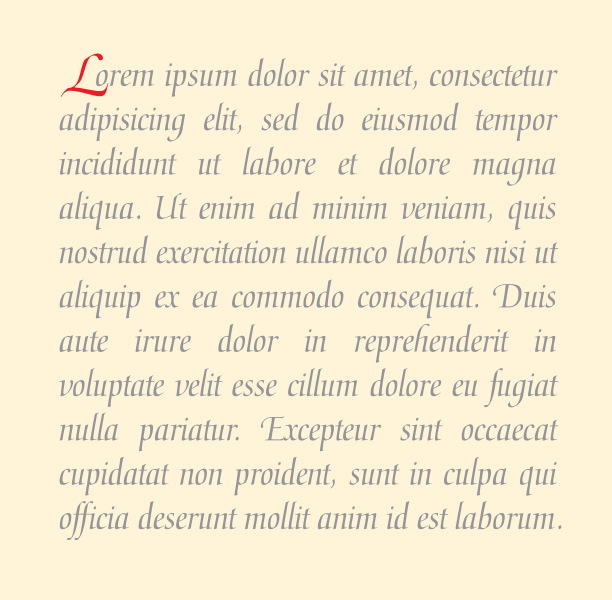 In high school, the language I most fell in love with happened to be a dead one: Latin. Sure, it’s spoken at the Vatican, and when I first began to study the tongue of Virgil and Catullus, friends joked that I could only use it if I moved to Rome. Tempting, but church Latin barely resembles the classical written language, a highly formal grammar full of symmetries and puzzles. You don’t speak classical Latin; you solve it, labor over it, and gloat, to no one in particular, when you’ve rendered it somewhat intelligible. Given that the study of an ancient language is rarely a conversational art, it can sometimes feel a little alienating.

And so you might imagine how pleased I was to discover what looked like classical Latin in the real world: the text known to designers around the globe as “Lorem Ipsum,” also called “filler text” and (erroneously) “Greek copy.”

The idea, Priceonomics informs us, is to force people to look at the layout and font, not read the words. Also, “nobody would mistake it for their native language,” therefore Lorem Ipsum is “less likely than other filler text to be mistaken for final copy and published by accident.” If you’ve done any web design, you’ve probably seen it, looking something like this:

When I first encountered this text, I did what any Latin geek will—set about trying to translate it. But it wasn’t long before I realized that Lorem Ipsum is mostly gibberish, a garbling of Latin that makes no real sense. The first word, “Lorem,” isn’t even a word; instead it’s a piece of the word “dolorem,” meaning pain, suffering, or sorrow. So where did this mash-up of Latin-like syntax come from, and how did it get so scrambled? First, the source of Lorem Ipsum—tracked down by Hampden-Sydney Director of Publications Richard McClintock—is Roman lawyer, statesmen, and philosopher Cicero, from an essay called “On the Extremes of Good and Evil,” or De Finibus Bonorum et Malorum. 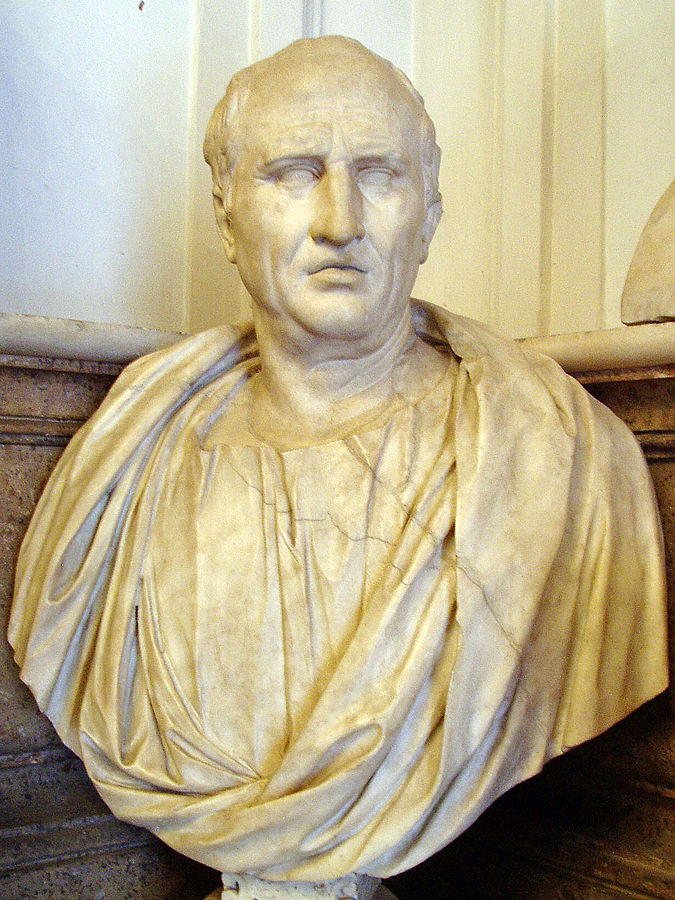 Why Cicero? Put most simply, writes Priceonomics, “for a long time, Cicero was everywhere.” His fame as the most skilled of Roman rhetoricians meant that his writing became the benchmark for prose in Latin, the standard European language of the middle ages. The passage that generated Lorem Ipsum translates in part to a sentiment Latinists will well understand:

Nor is there anyone who loves or pursues or desires to obtain pain of itself, because it is pain, but occasionally circumstances occur in which toil and pain can procure him some great pleasure.

Dolorem Ipsum, “pain in and of itself,” sums up the tortuous feeling of trying to render some of Cicero’s complex, verbose sentences into English. Doing so with tolerable proficiency is, for some of us, “great pleasure” indeed.

But how did Cicero, that master stylist, come to be so badly manhandled as to be nearly unrecognizable? Lorem Ipsum has a history that long predates online content management. It has been used as filler text since the sixteenth century when—as McClintock theorized—“some typesetter had to make a type specimen book, to demo different fonts” and decided that “the text should be insensible, so as not to distract from the page’s graphical features.” It appears that this enterprising craftsman snatched up a page of Cicero he had lying around and turned it into nonsense. The text, says McClintock, “has survived not only four centuries of letter-by-letter resetting but even the leap into electronic typesetting, essentially unchanged.”

The story of Lorem Ipsum is a fascinating one—if you’re into that kind of thing—but its longevity raises a further question: should we still be using it at all, this mangling of a dead language, in a medium as vital and dynamic as web publishing, where “content” refers to hundreds of design elements besides font. Is Lorem Ipsum a quaint piece of nostalgia that’s outlived its usefulness? In answer, you may wish to read Karen McGrane’s spirited defense of the practice. Or, if you feel it’s time to let the garbled Latin go the way of manual typesetting machines, consider perhaps as an alternative “Nietzsche Ipsum,” which generates random paragraphs of mostly verb-less, incoherent Nietzsche-like text, in English. Hey, at least it looks like a real language.