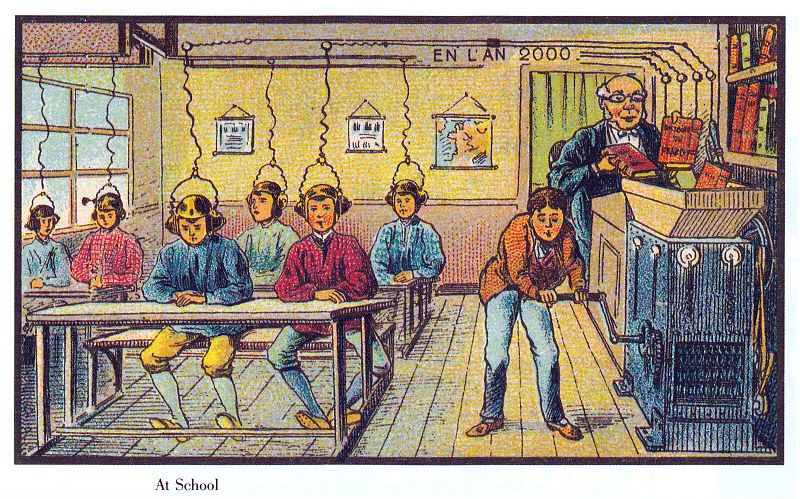 Atomic physicist Niels Bohr is famously quoted as saying, “Prediction is very difficult, especially if it’s about the future.” Yet despite years of getting things wrong, magazines love think pieces on where we’ll be in several decades, even centuries in time. It gives us comfort to think great things await us, even though we’re long overdue for the personal jetpack and, based on an Isaac Asimov interview in Omni Magazine that blew my teenage mind, interchangeable genitals. 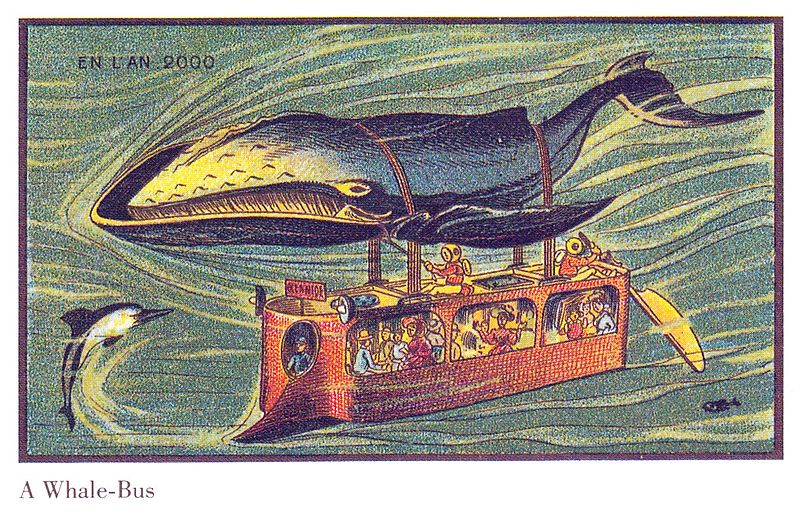 And yet it’s Asimov who apparently owned the only set of postcards of En L’An 2000, a set of 87 (or so) collectible artist cards that first appeared as inserts in cigar boxes in 1899, right in time for the 1900 World Exhibition in Paris. Translated as “France in the 21st Century,” the cards feature Jean-Marc Côté and other illustrators’ interpretations of the way we’d be living…well, 15 years ago.

The history of the card’s production is very convoluted, with the original commissioning company going out of business before they could be distributed, and whether that company was a toy manufacturer or a cigarette company, nobody seems to know. And were the ideas given to the artists, or did they come up with them on their own? We don’t know. 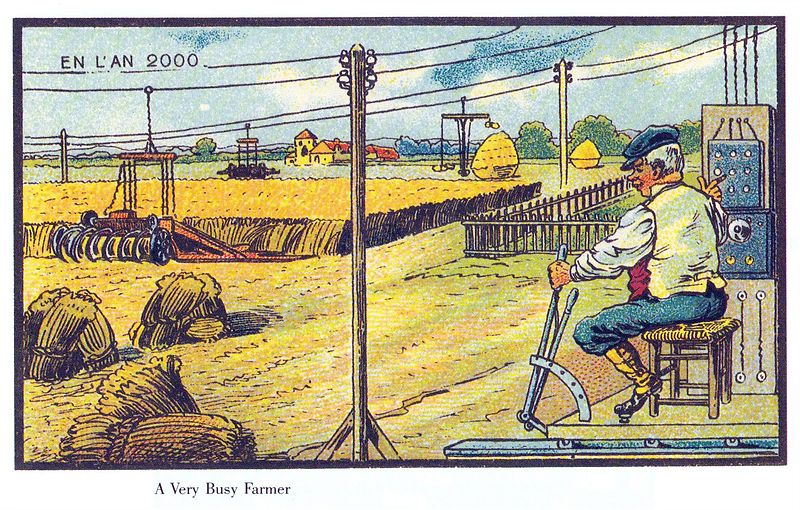 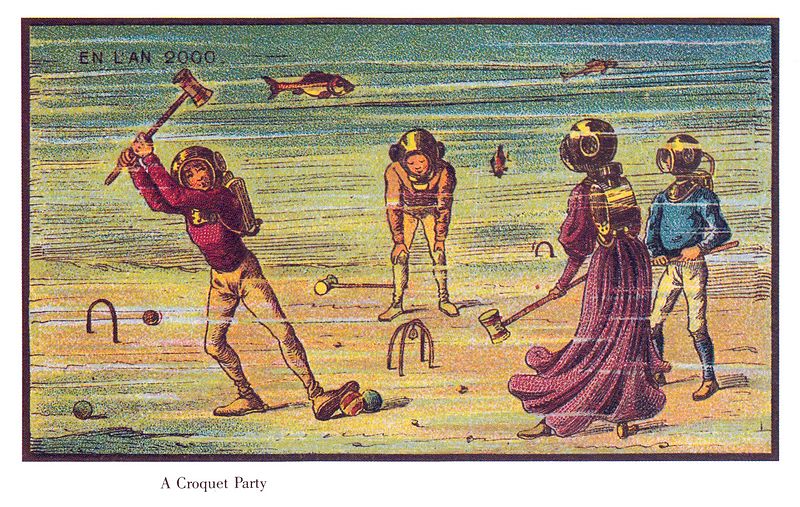 One of the first things that stands out scanning through these prints, now hosted at The Public Domain Review, is a complete absence of space travel, despite Jules Verne having written From the Earth to the Moon in 1865 (which would influence Georges Méliès’ A Voyage to the Moon in 1902). However, the underwater world spawned many a flight of fancy, including a whale-drawn bus, a croquet party at the bottom of the ocean, and large fish being raced like thoroughbred horses. 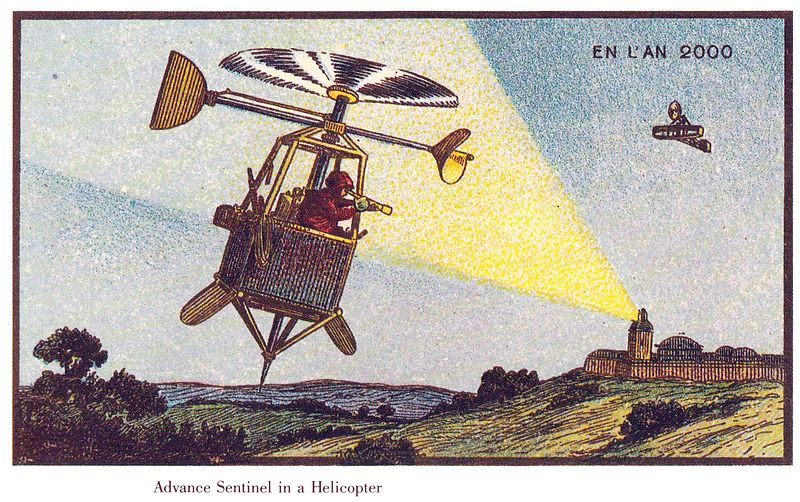 There’s a few inventions we can say came true. The “Advance Sentinel in a Helicopter” has been documenting traffic and car chases for decades now, fed right into our televisions. A lot of farm work is now automated. And “Electric Scrubbing” is now called a Roomba. 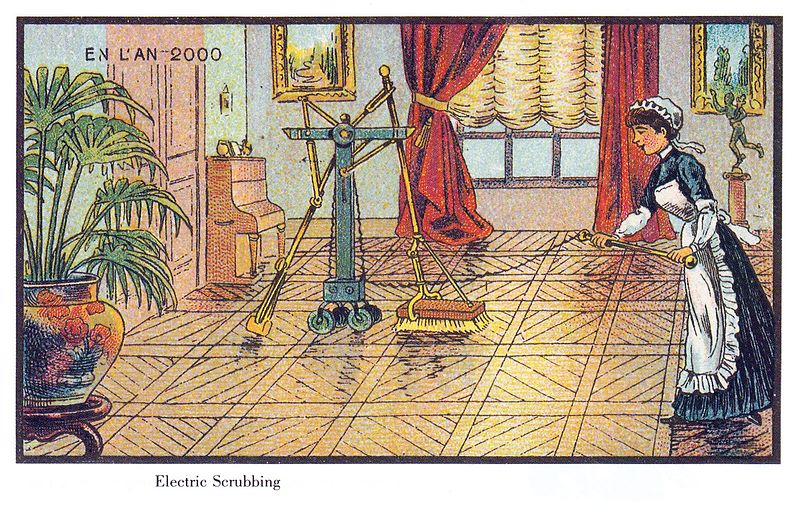 For a card-by-card examination of these future visions, one should hunt out Isaac Asimov’s 1986 Futuredays: A Nineteenth Century Vision of the Year 2000, which can be found for very cheap on Amazon right now. (Or see the nice gallery of images at The Public Domain Review.) And who knows? Maybe next year, your order will come to your door by drone. Just a prediction.