Education for Death: The Making of the Nazi–Walt Disney’s 1943 Film Shows How Fascists Are Made 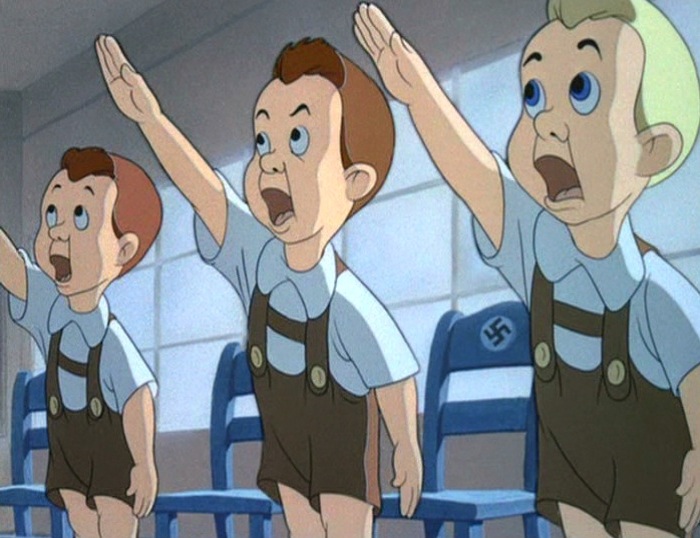 During World War II, Walt Disney entered into a contract with the US government to develop 32 animated shorts. Nearly bankrupted by Fantasia (1940), Disney needed to refill its coffers, and making American propaganda films didn’t seem like a bad way to do it. On numerous occasions, Donald Duck was called upon to deliver moral messages to domestic audiences (see The Spirit of ’43 and Der Fuehrer’s Face). But that wasn’t the case with Education for Death: The Making of the Nazi, a film shown in U.S. movie theaters in 1943.

Based on a book written by Gregor Ziemer, this animated short–streamable online–used a different lineup of characters to show how the Nazi party turned innocent youth into Hitler’s corrupted children. Unlike other topics addressed in Disney war films (e.g. taxes and the draft), this theme, the cultivation of young minds, hit awfully close to home. And it’s perhaps why it’s one of Disney’s better wartime films. (Spiegel Online has more on Disney’s WW II propaganda films here.)

How Walt Disney Cartoons Are Made: 1939 Documentary Gives an Inside Look