The identity of William Shakespeare has been a literary mystery for four hundred years, inspiring theory after theory, book after book. There has been, indeed, little biographical evidence to work with, though paleographer and “literary detective” Heather Wolfe has very recently filled in some critical gaps. It was long thought that Shakespeare’s will, in which he bequeaths to his wife his “second best bed,” was the only document in his hand, aside from a few signatures here and there.

Since around the turn of the 20th century, however, scholars have come to agree that three pages of a manuscript in an Elizabethan play called Sir Thomas More contain Shakespeare’s handwriting. The play, writes the British Library—who house the physical pages and have digital scans at their site—tells the story of “the Tudor lawyer and polymath who was sentenced to death for refusing to recognise Henry VIII as Supreme Head of the Church in England.”

Best known from A Man for All Seasons and for writing the philosophical novel Utopia, More was a humanist and a diplomat, and in this excerpt, he “delivers a gripping speech” to a rioting mob, “who are baying for so-called ‘strangers’ to be banished.” In the video above, you can see Ian McKellen give a passionate reading of More’s speech, in which he “relies on human empathy to make his point that if the rioters were suddenly banished to a foreign land, they would become ‘wretched strangers’ too, and equally vulnerable to attack.”

The speech, McKellen says, “is symbolic and wonderful… so much at the heart of Shakespeare’s humanity.” Read an excerpt below and more of the text at Quartz.

Say now the king
Should so much come too short of your great trespass
As but to banish you, whither would you go?
What country, by the nature of your error,
Should give you harbour? go you to France or Flanders,
To any German province, to Spain or Portugal,
Nay, any where that not adheres to England,
Why, you must needs be strangers: would you be pleased
To find a nation of such barbarous temper,
That, breaking out in hideous violence,
Would not afford you an abode on earth,
Whet their detested knives against your throats,
Spurn you like dogs, and like as if that God
Owed not nor made not you, nor that the claimants
Were not all appropriate to your comforts,
But chartered unto them, what would you think
To be thus used? this is the strangers case;
And this your mountainish inhumanity.

This scene refers to an actual event in English history, writes Anne Quito at Quartz, when “feverish xenophobia swept through the population.” In a period between 1330 and 1550, “64,000 foreigners, from wealthy Lombard bankers to Flemish laborers, arrived on English shores… in search of better lives.” 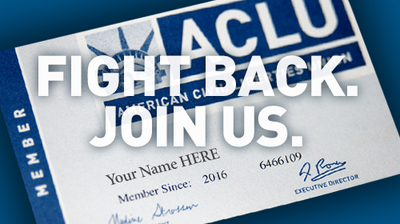 The tension came to head on May 1, 1517, when “riots broke out in London and a mob armed with stones, bricks, bats, boots and boiling water attacked the immigrants and looted their homes. Thomas More, then the city’s deputy sheriff, tried to reason with the crowd.”

The day became known as “Evil May Day” and cast a grim shadow several decades later when the play was believed to have been written, between 1596 and 1601. Shakespeare was not its only author, though the 147 lines of More’s speech are his. Sir Thomas More was immediately banned and never performed in Shakespeare’s lifetime. The queen’s censor Edmund Tilney “thought it might incite riots during a time when England was once again besieged by another immigrant crisis.” McKellen’s reading has become a “clarion call,” writes Quito for refugee advocates in the midst of Europe’s current crisis.

Americans might take this to heart as well, as victims of war and terror in countries all over the Middle East may soon be banned from finding refuge in the U.S. See a shorter reading of an excerpt from the speech just above by Harriet Walters.