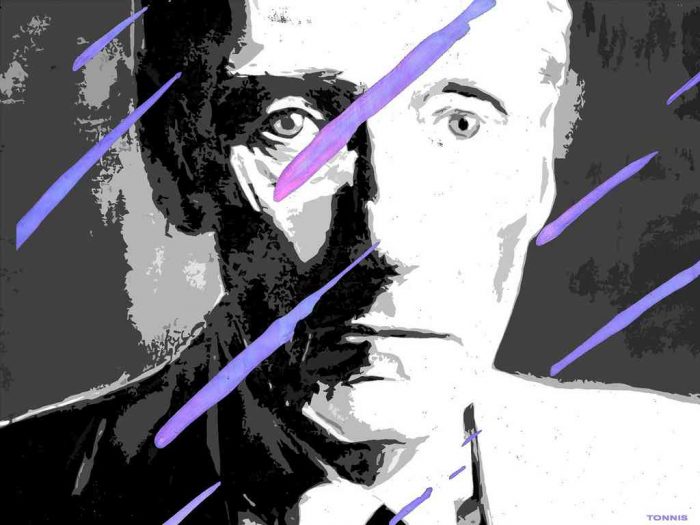 Americans can be quite ignorant of the richness of our country’s cultural history. Part of this ignorance, I suspect, comes down to prejudice. Innovative American artists throughout history have come from groups often demonized and marginalized by the wider society. The dominance of corporate commerce also impoverishes the cultural landscape. Poetry and experimental art don’t sell much, so some people think they have little value.

Imagine if we were to invert these attitudes in public opinion: American poetry and art allow us to gain new perspectives from people and parts of the country we don’t know well; to enlarge and challenge our religious and political understanding; to experience a very different kind of economy, built on aesthetic invention and free intellectual enterprise rather than supply, demand, and profit. Creativity and finance are not, of course, mutually exclusive. But to consistently favor one at the expense of the other seems to me a great loss to everyone.

Such a political move would devastate many of the institutions that foster and preserve the country’s art and culture, and relegate the arts to the private sphere, where only sums of private money determine whose voices get heard. We can, however, be very appreciative of private institutions who make their collections public through open access libraries like the Internet Archive.

One such collection comes from the Digital Initiatives Unit of Decker Library at the Maryland Institute College of Art (MICA), one of the oldest art colleges in the U.S., and one of the most highly regarded. They have digitally donated to Archive.org “a number of rare and previously unreleased audio recordings,” they write in a press release, “spanning the 1960s through the late 1990s” and consisting of “over 700 audiocassette tapes” documenting “literature and poetry readings, fine art and design lectures, race and culture discussions” and college events.

These include (enter the archive here) a two hour poetry reading from Allen Ginsberg in 1978, at the top, with several other readings and talks from Ginsberg in the archive, the reading below it from Eileen Myles in 1992, and readings and talks above and below from Amiri Baraka, Anne Waldman, and William S. Burroughs. The collection represents a “strong focus on literature and poetry,” and features “a symposium on the Black Mountain poets.” Given the school’s mission, you’ll also find in the archive “a large selection of talks and lectures by visual artists, such as Elaine de Kooning, Alice Neel, Gordon Parks, Ad Rhinehart and Ben Shahn.”

Collections like this one from MICA and the Internet Archive allow anyone with internet access to experience in some part the breadth and range of American art and poetry, no matter their level of access to private institutions and sources of wealth. But the internet cannot fully replace or supplant the need for publicly funded arts initiatives in communities nationwide.