Artists May Have Different Brains (More Grey Matter) Than the Rest of Us, According to a Recent Scientific Study 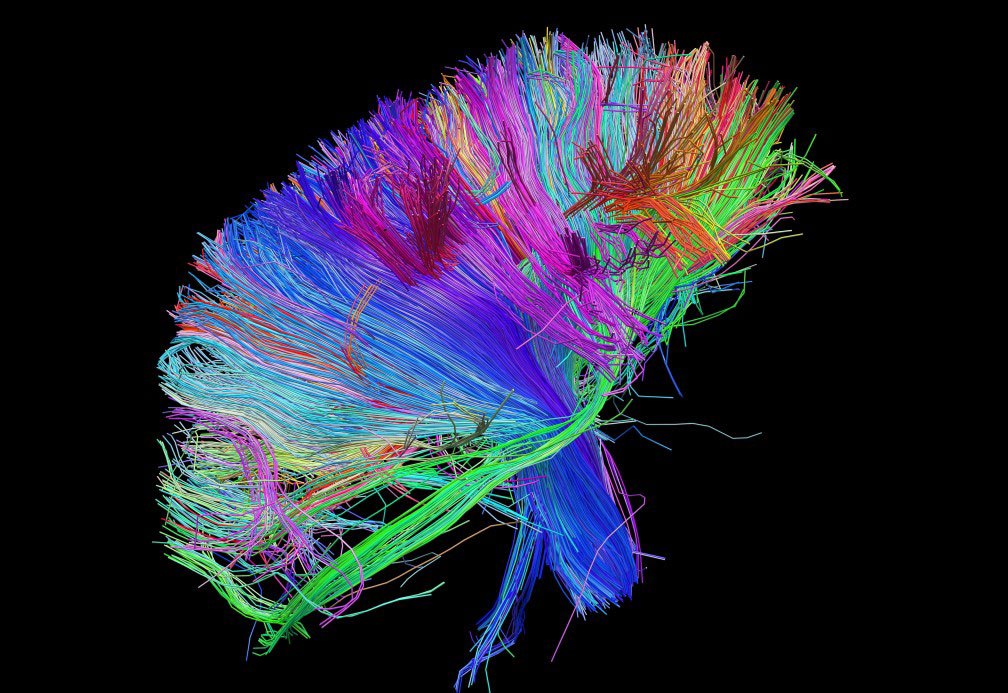 Image Photo courtesy of the Laboratory of Neuro Imaging at UCLA.

Sometimes—as in the case of neuroscience—scientists and researchers seem to be saying several contradictory things at once. Yes, opposing claims can both be true, given different context and levels of description. But which is it, Neuroscientists? Do we have “neuroplasticity”—the ability to change our brains, and therefore our behavior? Or are we “hard-wired” to be a certain way by innate structures.

The debate long predates the field of neuroscience. It figured prominently in the work, for example, of John Locke and other early modern theorists of cognition—which is why Locke is best known as the theorist of tabula rasa. In “Some Thoughts Concerning Education,” Locke mostly denies that we are able to change much at all in adulthood.

Personality, he reasoned, is determined not by biology, but in the “cradle” by “little, almost insensible impressions on our tender infancies.” Such imprints “have very important and lasting consequences.” Sorry, parents. Not only did your kid get wait-listed for that elite preschool, but their future will also be determined by millions of sights and sounds that happened around them before they could walk.

It’s an extreme, and unscientific, contention, fascinating as it may be from a cultural standpoint. Now we have psychedelic-looking brain scans popping up in our news feeds all the time, promising to reveal the true origins of consciousness and personality. But the conclusions drawn from such research are tentative and often highly contested.

So what does science say about the eternally mysterious act of artistic creation? The abilities of artists have long seemed to us godlike, drawn from supernatural sources, or channeled from other dimensions. Many neuroscientists, you may not be surprised to hear, believe that such abilities reside in the brain. Moreover, some think that artists’ brains are superior to those of mediocre ability.

Or at least that artists’ brains have more gray and white matter than “right-brained” thinkers in the areas of “visual perception, spatial navigation and fine motor skills.” So writes Katherine Brooks in a Huffington Post summary of “Drawing on the right side of the brain: A voxel-based morphometry analysis of observational drawing.” The 2014 study, published at NeuroImage, involved a very small sampling of graduate students, 21 of whom were artists, 23 of whom were not. All 44 students were asked to complete drawing tasks, which were then scored and compared to images of their brain taken by a method called “voxel-based morphometry.”

“The people who are better at drawing really seem to have more developed structures in regions of the brain that control for fine motor performance and what we call procedural memory,” the study’s lead author, Rebecca Chamberlain of Belgium’s KU Leuven University, told the BBC. (Hear her segment on BBC Radio 4’s Inside Science here.) Does this mean, as Artnet News claims in their quick take, that “artists’ brains are more fully developed?”

It’s a juicy headline, but the findings of this limited study, while “intriguing,” are “far from conclusive.” Nonetheless, it marks an important first step. “No studies” thus far, Chamberlain says, “have assessed the structural differences associated with representational skills in visual arts.” Would a dozen such studies resolve questions about causality–nature or nurture? As usual, the truth probably lies somewhere in-between.

At Smithsonian, Randy Rieland quotes several critics of the neuroscience of art, which has previously focused on what happens in the brain when we look at a Van Gogh or read Jane Austen. The problem with such studies, writes Philip Ball at Nature, is that they can lead to “creating criteria of right or wrong, either in the art itself or in individual reactions to it.” But such criteria may already be predetermined by culturally-conditioned responses to art.

The science is fascinating and may lead to numerous discoveries. It does not, as the Creators Project writes hyperbolically, suggest that “artists actually are different creatures from everyone else on the planet.” As University of California philosopher professor Alva Noe states succinctly, one problem with making sweeping generalizations about brains that view or create art is that “there can be nothing like a settled, once-and-for-all account of what art is.”

Emerging fields of “neuroaesthetics” and “neurohumanities” may muddy the waters between quantitative and qualitative distinctions, and may not really answer questions about where art comes from and what it does to us. But then again, given enough time, they just might.