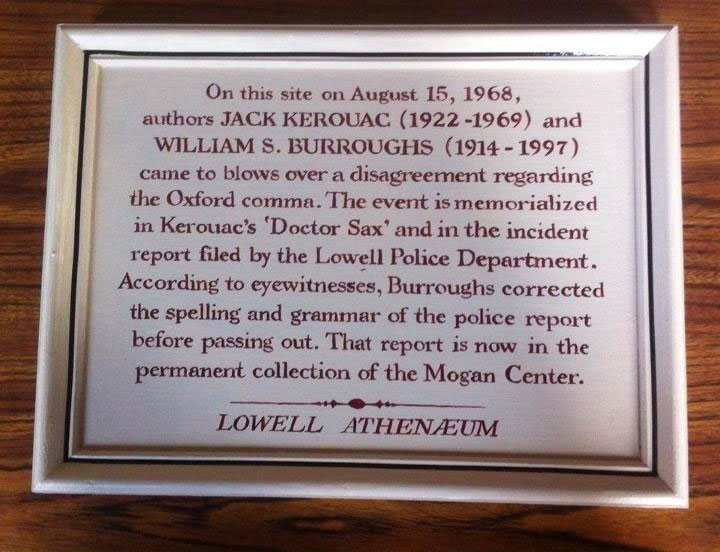 Maybe it doesn’t take much to get a grammar nerd in a state of agitation, or even, perhaps, violent rage. While I generally avoid the term “grammar nazi,” it does bluntly convey the severe intolerance of certain grammarians. One of the most popular recent books on grammar, Lynn Truss’s Eats, Shoots & Leaves, announces itself in its subtitle as a “Zero Tolerance Approach to Punctuation.” And sure enough, the main title of the entertaining guide comes from a violent joke, in which a panda enters a bar, eats a sandwich, then shoots up the joint. Asked why, he tells the bartender to look up “panda” in the dictionary: “Panda. Large black-and-white bear-like mammal, native to China. Eats, shoots and leaves.”

Truss’s example illustrates not a grammatical point of contention, but a mistake, a misplaced comma that completely changes the meaning of a sentence. But we might refer to many technically correct examples involving the absence of the Oxford comma, the final comma in a series that sets off the last item.

The Oxford comma is so contentious a grammatical issue that it supposedly provoked a drunken fistfight between Beat writers Jack Kerouac and William S. Burroughs. At least, that is, according to a plaque at Mill No. 5 in Lowell, Massachusetts, a historic textile mill built in 1873 and since revitalized into a performance space with shops and a farmer’s market. “On this site on August 15, 1968,” the plaque reads, Kerouac and Burroughs “came to blows over a disagreement regarding the Oxford comma. The event is memorialized in Kerouac’s ‘Doctor Sax’ and in the incident report filed by the Lowell Police Department.” The next line should give us a clue as to how seriously we should take this historical tidbit: “According to eyewitnesses, Burroughs corrected the spelling and grammar of the police report.”

The plaque is a hoax, the fight never happened. (And it is one of many such joke historical markers at the mill.) Doctor Sax was written nine years earlier, in 1959, and Kerouac and Burroughs hadn’t even met at the time of that novel’s events. But it’s a great story. “We imagine Burroughs grabbing the policemen’s pen,” writes Alexis Madrigal at The Atlantic, “lucid as a shaman, and then plopping onto the grass, out cold.” (The Anarchist’s Guide to Historic House Museums calls the spurious plaque “an act of historic vandalism.”) We like the story not only because it’s a juicy bit of lore involving two legendary writers, but also because the Oxford comma, for whatever reason, is such a weirdly inflammatory issue. The TED-Ed video above calls it “Grammar’s great divide.” (The comma acquired its name, points out Mental Floss, “because the Oxford University Press style guidelines require it.”)

If it isn’t already evident, I seriously favor the Oxford comma, perhaps enough to defend it in pitched battle. But if you need convincing by gentler means, you might heed the wisdom of The New Yorker’s resident “comma queen,” who, in the video above, serves up another humorous instance of a serial comma faux pas involving strippers, JFK, and Stalin (or “the strippers, JFK and Stalin”). For a much more serious Oxford comma kerfuffle, we might refer to a class action lawsuit involving overtime pay for truckers, a case that “hinged entirely” on the serial comma, “a debate that has bitterly divided friends, families and foes,” writes Daniel Victor at The New York Times, in a sentence that puckishly, or contrarily, leaves out the last comma, and sets the grammar intolerant among us grinding our teeth. But the Oxford comma is no joke. Its lack may cost Maine company Oakhurst millions of dollars, or their employees millions in pay. “The debate over commas is often a pretty inconsequential one,” writes Victor. Until it isn’t, and someone gets sued, shot, or punched in the face. So snub the Oxford comma, I say, at your peril.