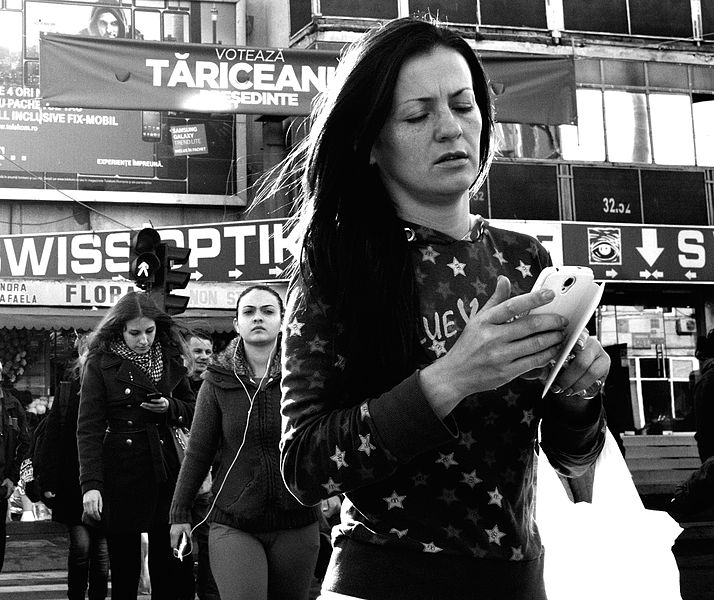 Everyone used to read Samuel Johnson. Now it seems hardly anyone does. That’s a shame. Johnson understood the human mind, its sadly amusing frailties and its double-blind alleys. He understood the nature of that mysterious act we casually refer to as “creativity.” It is not the kind of thing one lucks into or masters after a seminar or lecture series. It requires discipline and a mind free of distraction. “My dear friend,” said Johnson in 1783, according to his biographer and secretary Boswell, “clear your mind of cant.”

There’s no missing apostrophe in his advice. Inspiring as it may sound, Johnson did not mean to say “you can do it!” He meant “cant,” an old word for cheap deception, bias, hypocrisy, insincere expression. “It is a mode of talking in Society,” he conceded, “but don’t think foolishly.” Johnson’s injunction resonated through a couple centuries, became garbled into a banal affirmation, and was lost in a graveyard of image macros. Let us endeavor to retrieve it, and ruminate on its wisdom.

We may even do so with our favorite modern brief in hand, the scientific study. There are many we could turn to. For example, notes Derek Beres, in a 2014 book neuroscientist Daniel Levitin brought his research to bear in arguing that “information overload keeps us mired in noise…. This saps us of not only willpower (of which we have a limited store) but creativity as well.” “We sure think we’re accomplishing a lot,” Levitin told Susan Page on The Diane Rehm Show in 2015, “but that’s an illusion… as a neuroscientist, I can tell you one thing the brain is very good at is self-delusion.”

Johnson’s age had its own version of information overload, as did that of another curmudgeonly voice from the past, T.S. Eliot, who wondered, “Where is the wisdom we have lost in knowledge? Where is the knowledge we have lost in information?” The question leaves Eliot’s readers asking whether what we take for knowledge or information really are such? Maybe they’re just as often forms of needless busyness, distraction, and overthinking. Stanford researcher Emma Seppälä suggests as much in her work on “the science of happiness.” At Quartz, she writes,

We need to find ways to give our brains a break…. At work, we’re intensely analyzing problems, organizing data, writing—all activities that require focus. During downtime, we immerse ourselves in our phones while standing in line at the store or lose ourselves in Netflix after hours.

Seppälä exhorts us to relax and let go of the constant need for stimulation, to take longs walks without the phone, get out of our comfort zones, make time for fun and games, and generally build in time for leisure. How does this work? Let’s look at some additional research. Bar-Ilan University’s Moshe Bar and Shira Baror undertook a study to measure the effects of distraction, or what they call “mental load,” the “stray thoughts” and “obsessive ruminations” that clutter the mind with information and loose ends. Our “capacity for original and creative thinking,” Bar writes at The New York Times, “is markedly stymied” by a busy mind. “The cluttered mind,” writes Jessica Stillman, “is a creativity killer.”

In a paper published in Psychological Science, Bar and Baror describe how “conditions of high load” foster unoriginal thinking. Participants in their experiment were asked to remember strings of arbitrary numbers, then to play word association games. “Participants with seven digits to recall resorted to the most statistically common responses (e.g., white/black),” writes Bar, “whereas participants with two digits gave less typical, more varied pairings (e.g. white/cloud).” Our brains have limited resources. When constrained and overwhelmed with thoughts, they pursue well-trod paths of least resistance, trying to efficiently bring order to chaos.

“Imagination,” on the other hand, wrote Dr. Johnson elsewhere, “a licentious and vagrant faculty, unsusceptible of limitations and impatient of restraint, has always endeavored to baffle the logician, to perplex the confines of distinction, and burst the enclosures of regularity.” Bar describes the contrast between the imaginative mind and the information processing mind as “a tension in our brains between exploration and exploitation.” Gorging on information makes our brains “’exploit’ what we already know,” or think we know, “leaning on our expectation, trusting the comfort of a predictable environment.” When our minds are “unloaded,” on the other hand, which can occur during a hike or a long, relaxing shower, we can shed fixed patterns of thinking, and explore creative insights that might otherwise get buried or discarded.

As Drake Baer succinctly puts in at New York Magazine’s Science of Us, “When you have nothing to think about, you can do your best thinking.” Getting to that state in a climate of perpetual, unsleeping distraction, opinion, and alarm, requires another kind of discipline: the discipline to unplug, wander off, and clear your mind.

For another angle on this, you might want to check out Cal Newport’s 2016 book, Deep Work: Rules for Focused Success in a Distracted World.