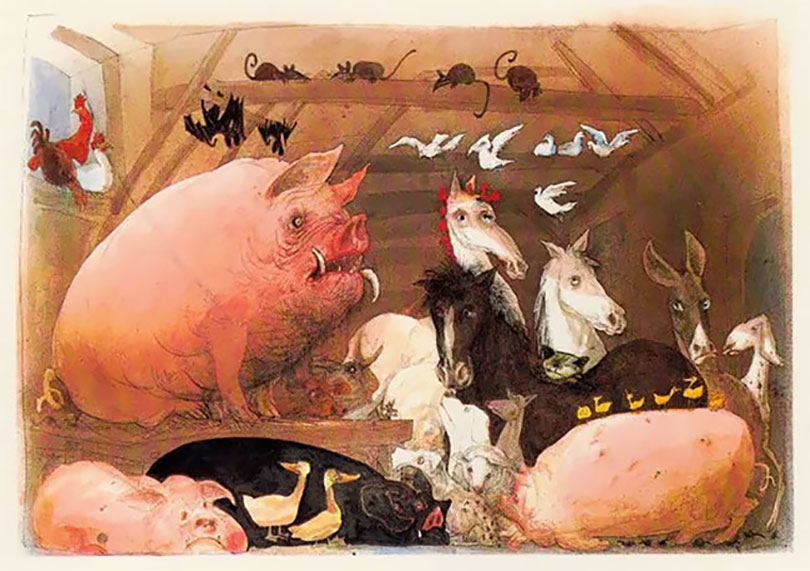 As a novelist, George Orwell did not traffic in subtleties, but then neither did the authors of Medieval morality plays. The allegorical Animal Farm performs a similar, if secular, function, giving us unambiguous villainy and clear didactic intent. Orwell noted in his essay “Why I Write” that he meant the book to “fuse political purpose and artistic purpose into one whole.“ Originally published with the subtitle A Fairy Story, the novel caricatures Stalinism and the Russian Revolution, and Orwell left no mystery as to his intent when he commented in the preface to a 1947 Ukrainian edition that he meant the book to “end on a loud note of discord” meant to signify what he saw as the instability of the Tehran Conference.

Leaden statements like these aside, Orwell swore he “did not wish to comment on the work,” writing, “if it does not speak for itself, it is a failure.” The book does indeed speak, in two particular ways: its vividly grotesque characterizations of the humans and animals on the farm and its indelible collection of propagandistic slogans.

These are the features best captured by gonzo illustrator Ralph Steadman, famous for his collaborations with Hunter S. Thompson. Published in 1995—with the Fairy Story subtitle restored—the Steadman-illustrated 50th anniversary edition realizes another previous variation on the book’s title: Animal Farm: A Contemporary Satire. 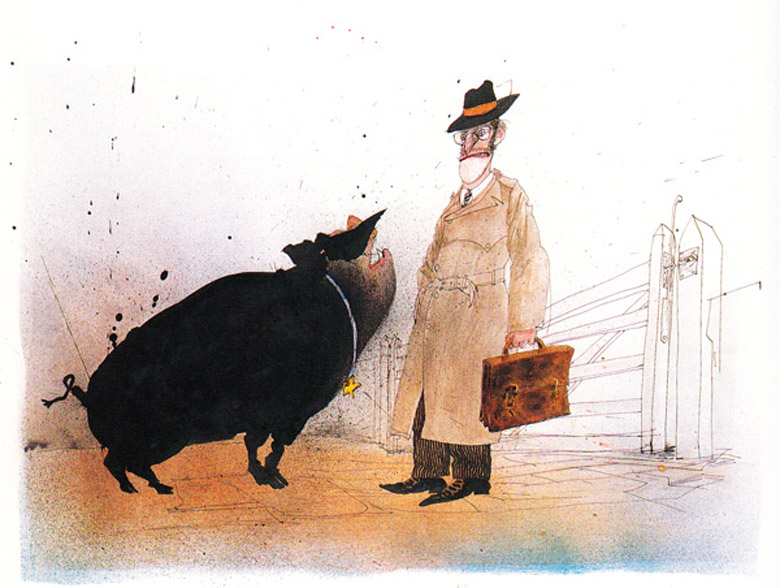 These images draw out the exaggerated absurdities of the novel as only an artist with Steadman’s twisted, surrealist sense of visual humor could. They are profoundly effective, though there’s no telling what Orwell would have thought of them. Steadman’s caricatures universalize the book’s drama, providing the kind of stock characters we find in folklore, “fairy stories,” and religious allegory. But Orwell wrote that he wished us not to mistake his express political intent: “It was of the utmost importance to me that people in Western Europe should see the Soviet regime for what it really was…. I have been convinced that the destruction of the Soviet myth was essential if we wanted a revival of the Socialist movement.”

Steadman, to his great credit, felt no need to literalize Orwell’s stated intentions in his illustrations, but rather took the book’s bizarre world on its own terms. You can read more quotes from Orwell’s earnest, intended preface for the book, restored in the Steadman edition, at Brain Pickings, where you’ll also find a good number of the illustrations as well. Copies of the out-of-print book can be purchased on Amazon and Abe’s books.

Steadman not only applied his skill as a caricaturist to Orwell’s fictional farm denizens, we should note, but also to the author himself. He made several sketches of Orwell, such as that below of the writer with a cage of rats around his neck. You can see several more of Steadman’s drawings of Orwell at The Guardian. 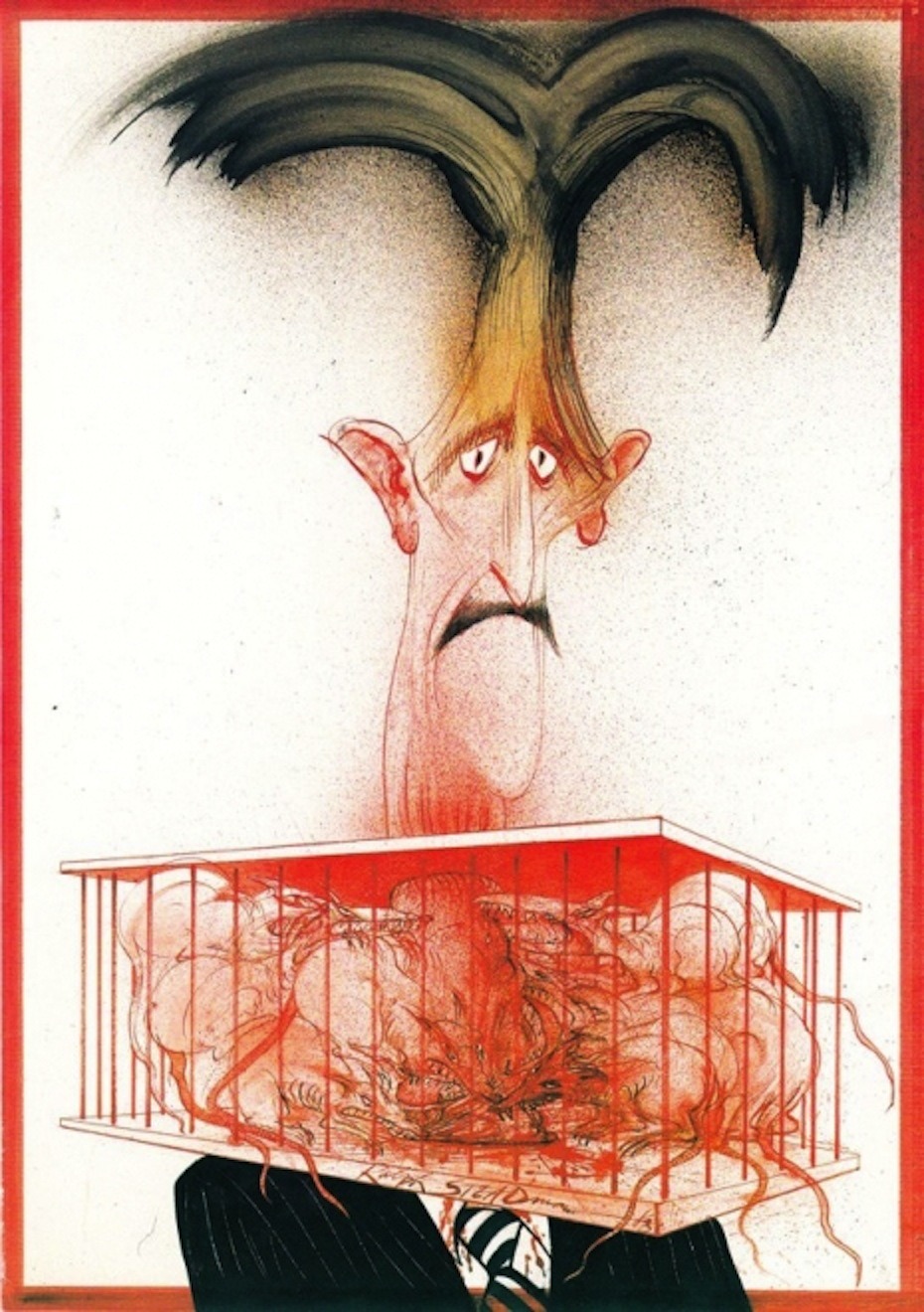