Art saves lives, and so does author Judy Blume. While some of her novels are intended for adult readers, and others for the elementary school set, her best known books are the ones that speak to the experience of being a teenage girl.

The honesty of her writing earned her millions of grateful young fans, and plenty of attention from those who still seek to keep her titles out of libraries and schools. 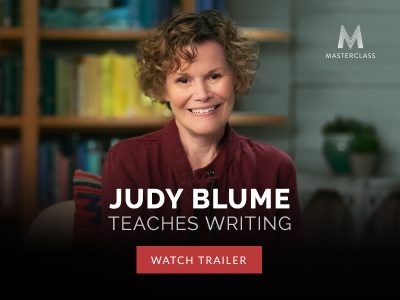 While her stories are not autobiographical, her compassion is born of experience.

Here she is on Are You There, God? It’s Me, Margaret, a tattered paperback copy of which made the rounds of my 6th grade class, like the precious contraband it was:

When I was in sixth grade, I longed to develop physically like my classmates. I tried doing exercises, resorted to stuffing my bra, and lied about getting my period. And like Margaret, I had a very personal relationship with God that had little to do with organized religion. God was my friend and confidant. But Margaret’s family is very different from mine, and her story grew from my imagination.

On It’s Not the End of the World:

…in the early seventies I lived in suburban New Jersey with my husband and two children, who were both in elementary school. I could see their concern and fear each time a family in our neighborhood divorced. What do you say to your friends when you find out their parents are splitting up? If it could happen to them, could it happen to us?

At the time, my own marriage was in trouble but I wasn’t ready or able to admit it to myself, let alone anyone else. In the hope that it would get better I dedicated this book to my husband. But a few years later, we, too, divorced. It was hard on all of us, more painful than I could have imagined, but somehow we muddled through and it wasn’t the end of any of our worlds, though on some days it might have felt like it.

And on Forever, which won an A.L.A. Margaret A. Edwards Award for Outstanding Literature for Young Adults, 20 years after its original publication:

My daughter Randy asked for a story about two nice kids who have sex without either of them having to die. She had read several novels about teenagers in love. If they had sex the girl was always punished—an unplanned pregnancy, a hasty trip to a relative in another state, a grisly abortion (illegal in the U.S. until the 1970’s), sometimes even death. Lies. Secrets. At least one life ruined. Girls in these books had no sexual feelings and boys had no feelings other than sexual. Neither took responsibility for their actions. I wanted to present another kind of story—one in which two seniors in high school fall in love, decide together to have sex, and act responsibly.

The heartfelt lyrics of Amanda Palmer’s recent paean to Blume, who turned 80 this week, confirm that the singer-songwriter was among the legions of young girls for whom this author made a difference.

In her essay, “Why Judy Blume Matters,” Palmer recalls coming up with a list of influences to satisfy the sort of question a rising indie musician is frequently asked in interviews. It was a “carefully curated” assortment of rock and roll pedigree and obscurities, and she later realized, almost exclusively male.

This song, which name checks so many beloved characters, is a passionate attempt to correct this oversight:

Perhaps the biggest compliment you could give a writer ― or a writer of youth fiction ― is that they’re so indelible they vanish into memory, the way a dream slips away upon waking because it’s so deeply knitted into the fabric of your subconscious. The experiences of her teenage characters ― Deenie, Davey, Tony, Jill, Margaret ― are so thoroughly enmeshed with my own memories that the line between fact and fiction is deliciously thin. My memories of these characters, though I’d prefer to call them “people” ― of Deenie getting felt up in the dark locker room during the school dance; of Davey listlessly making and stirring a cup of tea that she has no intention of drinking; of Jill watching Linda, the fat girl in her class, being tormented by giggling bullies ― are all as vivid, if not more so, as my own memories…

Palmer’s husband, Neil Gaiman, puts in a cameo in the video’s final moments as one of many readers immersed in Blume’s oeuvre.

Readers, did a special book cover from your adolescence put in an appearance? 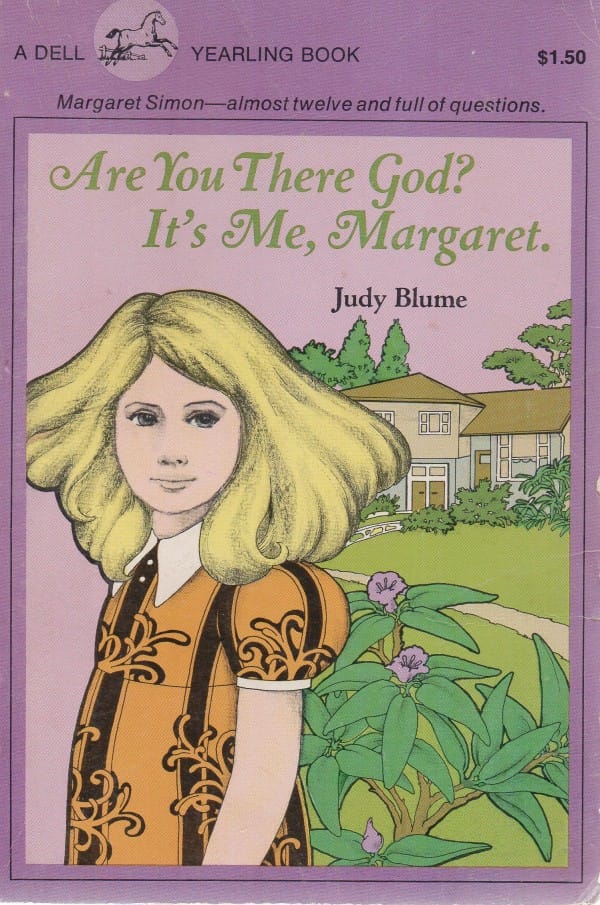 For more on Judy Blume’s approach to character and story, consider signing up for her $90 online Master Class.

Name your own price to download Judy Blume by Amanda Palmer here.