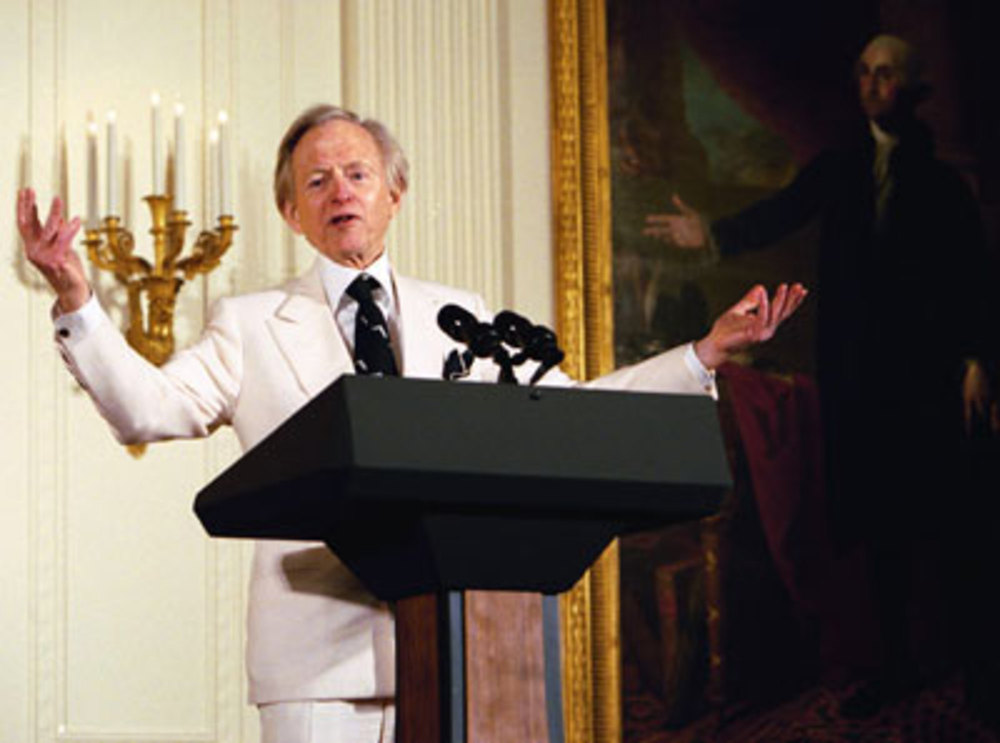 American journalism breaks down into two basic varieties: that which came before Tom Wolfe, and that which came after. The 1960s counterculture, the space program, the modern art scene, the influence of Bauhaus architecture: whatever the subject, readers could trust Wolfe–who died this past Monday after a more than sixty-year career in letters–to convey it with great vividness of imagery and inventiveness of prose. He first developed his style of “New Journalism” in 1962, almost inadvertently: while struggling to shape his research on California custom car-culture into an article for Esquire, he wrote a letter to his editor describing what he had seen. The editor, so the legend goes, simply removed the letter’s salutation and printed it — leaving its voluminous detail and casual, conversational style untouched — as reportage.

That piece became the lead essay in 1965’s The Kandy-Kolored Tangerine-Flake Streamline Baby, a collection now considered one of the defining books of the 1960s in America (a list that also includes Wolfe’s own The Electric Kool-Aid Acid Test). After its publication, Wolfe made this appearance on the radio (part one, part two) across from Studs Terkel — a fellow journalist with an equal work ethic but a very different sensibility indeed — to talk about the California car customizer’s highly specialized enterprise as well as his own.

“It’s something that’s a real form of expression,” Wolfe says to Terkel. This is something we’ve overlooked in this country about the automobile and the motorcycle: that these things are forms of expression. We thought we were being very sophisticated a few years ago when we discovered that the automobile was a status symbol.” Looking back, the realm of the Kandy-Kolored Tangerine-Flake Streamline Baby-builders was Wolfe’s ideal starting point, vividly crystallizing as it did phenomena that would go on to number among his major themes: style, status, subculture, self-indulgence.

Just as one can’t imagine William Makepeace Thackeray outside mid-19th-century England or Émile Zola outside late 19th-century France — two cited inspirations in Wolfe’s later efforts to write not just novel journalism but journalistic novels — could Tom Wolfe have become Tom Wolfe anywhere other than postwar America? Looking back, that vast country plunged suddenly into a brand new kind of modernity, brimming as it was with wealth and wonder, vulgarity and violence, seemed to have been waiting for just the right chronicler, one sufficiently (in the highest sense) unorthodox and (in an even higher sense) undiscriminating, to come along. That chronicler came and now has gone, but the writing he leaves behind will let generation after generation experience the overwhelmingly vital decades in America he both observed and had a hand in creating.