Visit an Online Collection of 64,259 Musical Instruments from Across the World 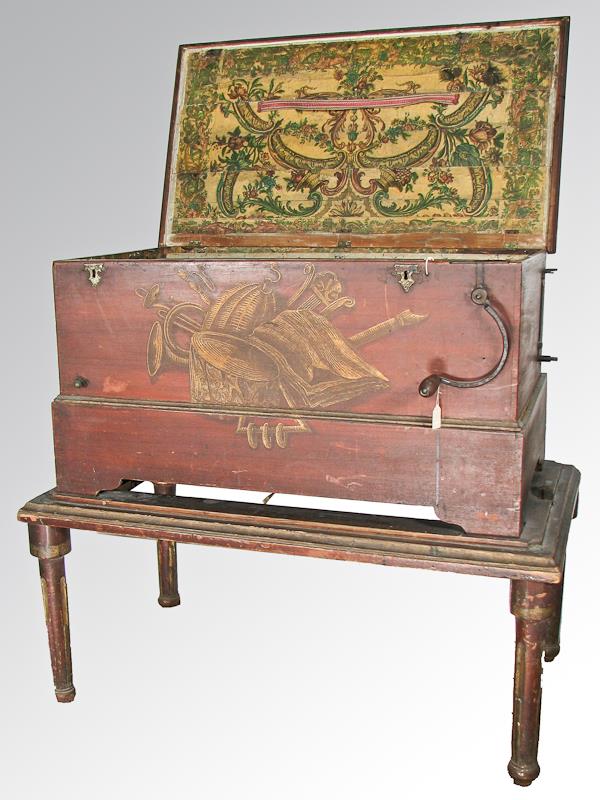 The study of musical instruments opens up vast histories of sound reverberating through the centuries. Should we embark on a journey through halls of Europe’s musical instrument museums, for example, we should soon discover how limited our appreciation for music history has been, how narrowed by the relative handful of instruments allowed into orchestras, ensembles, and bands of all kinds. The typical diet of classical, romantic, modern, jazz, pop, rock, R&B, or whatever, the music most of us in the West grow up hearing and studying, has resulted from a careful sorting process that over time chose certain instruments over others. 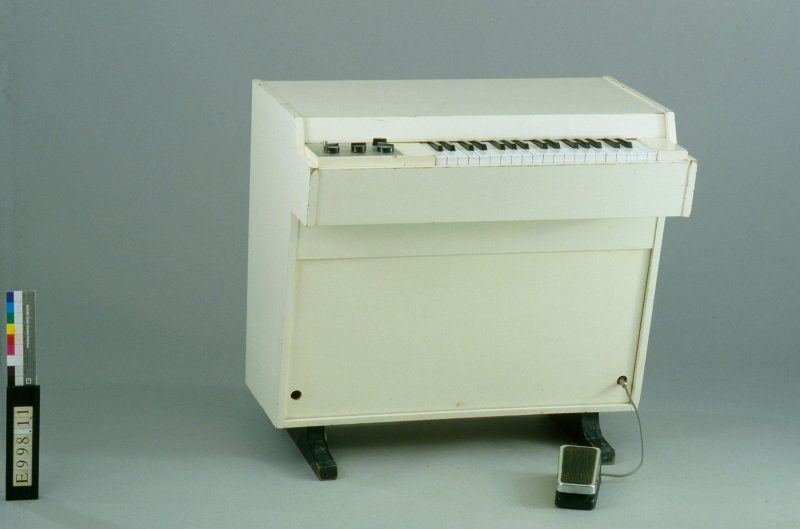 Some of those historic instruments—the violin, cello, many wind and brass—remain in wide circulation and produce music that can still sound relevant and contemporary. Others, like the Mellotron (above) or barrel organs (like the 1883 Cylinderpositiv at the top), remain wedded to their historical periods, making sounds that might as well have dates stamped on them.

You could—and many an historian has, no doubt—travel the world and pay a personal visit to the museums housing thousands of musical instruments humans have used—or at least invented—to carry melodies and harmonies and keep time. Such a tour might constitute a life’s work. 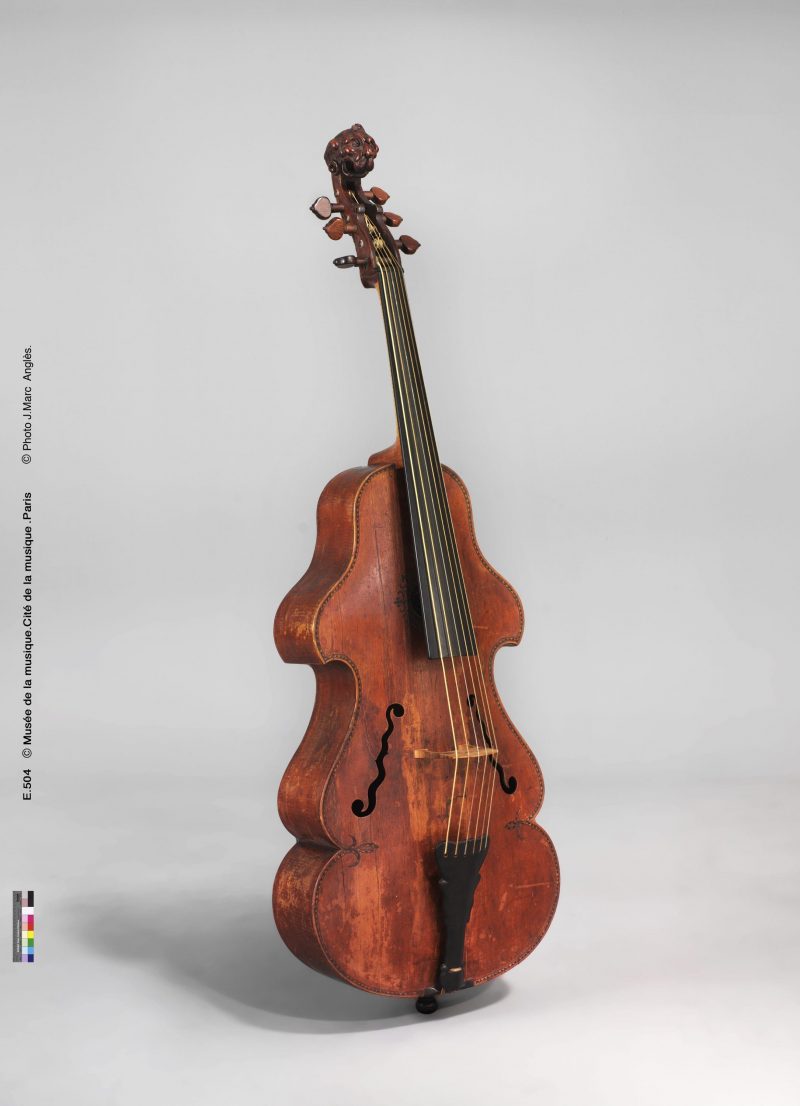 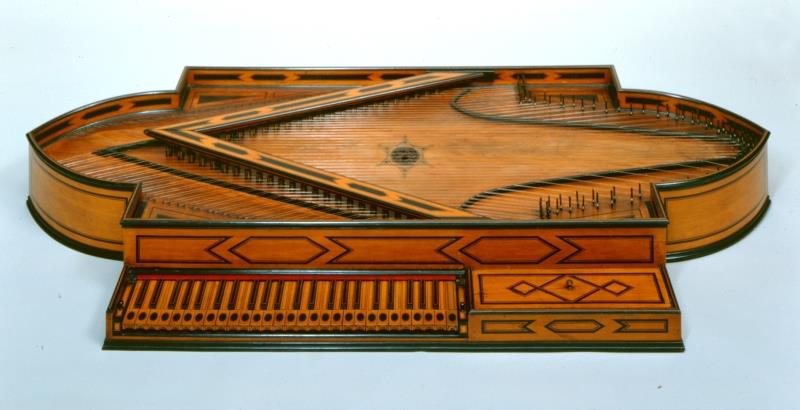 The enormous online collection houses, virtually, tens of thousands of instruments from over two dozen regions around the globe. (There are 64,259 instruments in total.) Find an Italian Basse de Viole (above) from 1547 or an ornate Egyptian darabukka (below). And, of course, plenty of iconic—and rare—electric guitars and basses. 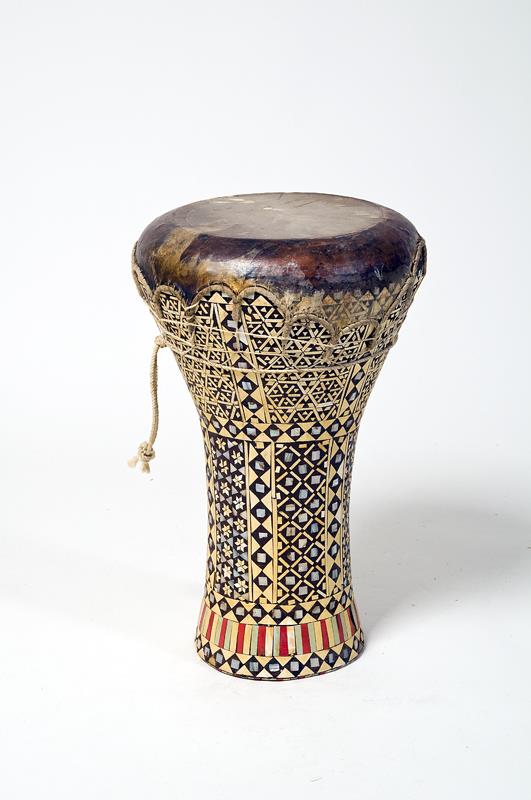 You can search instruments by maker, country, city, or continent, time period, museum, and type. (Wind, Percussion, Stringed, Zithers, Rattles, Bells, Lamellaphones, etc….) Researchers may encounter a few language hurdles—MIMO’s about page mentions “searching in six different languages,” and the site actually lists 11 language categories in tabs at the top. But users may still need to plug pages into Google translate unless they read French or German or some of the other languages in which descriptions have been written. Refreshingly consistent, the photographs of each instrument conform to a standard set by the consortium that provides “detailed guidelines on how to set up a repository to enable the harvesting of digital content.”

But enough about the site functions, what about the sounds? Well, in a physical museum, you wouldn’t expect to take a three-hundred-year-old flute out of its case and hear it played. Just so, most of the instruments here can be seen and not heard, but the site does have over 400 sound files, including the enchanting recording of Symphonion Eroica 38a (above), as played on a mechanical clock from 1900. 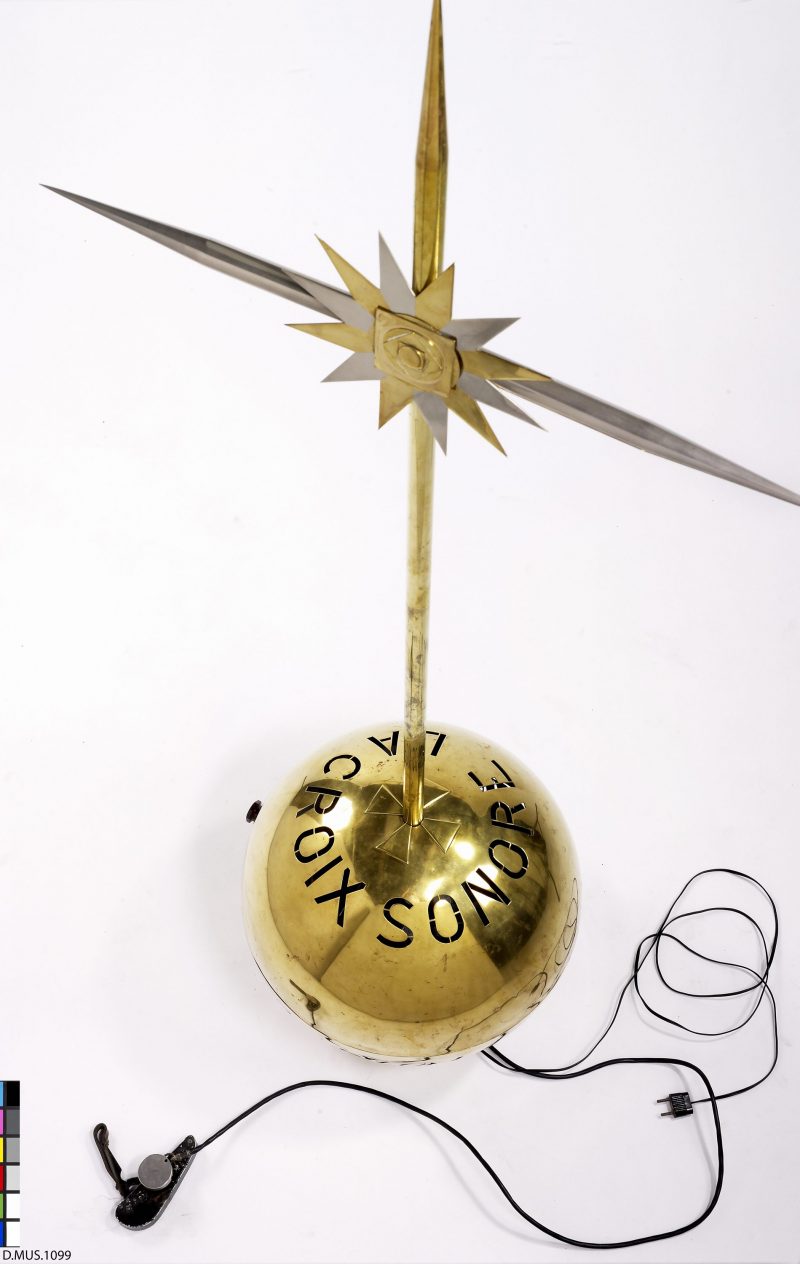 As you discover instruments you never knew existed—such as the theramin-like Croix Sonore (Sonorus Cross), created by Russian composer Nicolas Obukhov between 1926 and 1934—you can undertake your own research to find sample recordings online, such as “The Third and Last Testament,” below, Obukhov’s composition for 5 voices, organ, 2 pianos, orchestra, and croix sonore. Obukhov’s experiments with instruments of his own invention prompted his experiments in 12-tone composition, in which, he declared, “I forbid myself any repetition.” Just one example among many thousands demonstrating how instrument design forms the basis of a wildly proliferating variety of musical expressions that can start to seem endless after a while.

Watch a Musician Improvise on a 500-Year-Old Music Instrument, The Carillon