A compelling subject for a feature length animation is hanging around the sliding glass doors of Hiroshima Prefecture’s Onomichi City Museum of Art.

In June of 2016, a black tomcat started showing up at the museum on the regular, for reasons unknown.

Those open to the sort of narrative whimsy at which Miyazaki excels might choose to believe that the beast was drawn by a cat-themed exhibit of work by noted wildlife photographer and filmmaker Mitsuaki Iwago, a portion of which would have been visible to him through the modern building’s large glass windows. 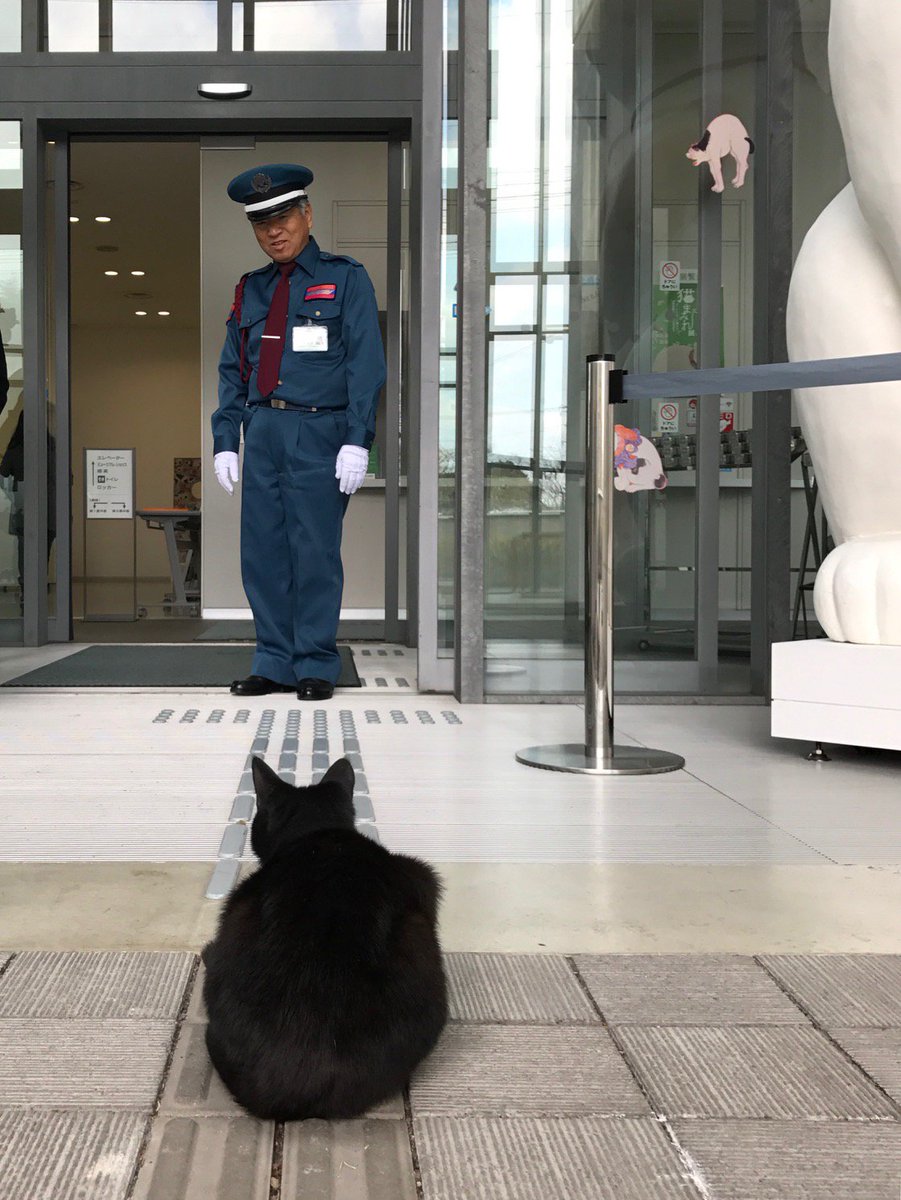 Whatever his reasons, the cat, Ken-chan, whose owners run a nearby restaurant, was refused entry by a white-gloved security guard and other staffers, whose efforts to send him on his way started blowing up the Internet shortly after his first appearance. 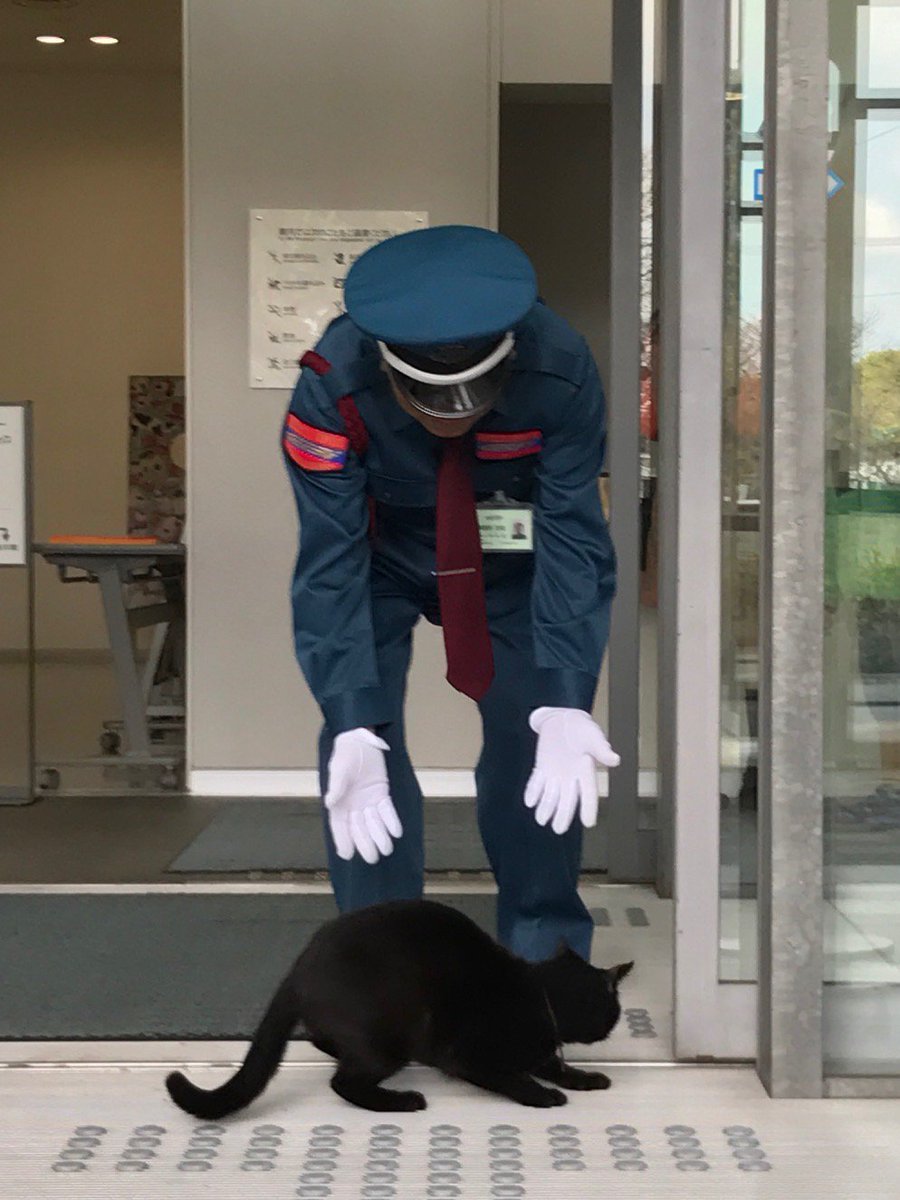 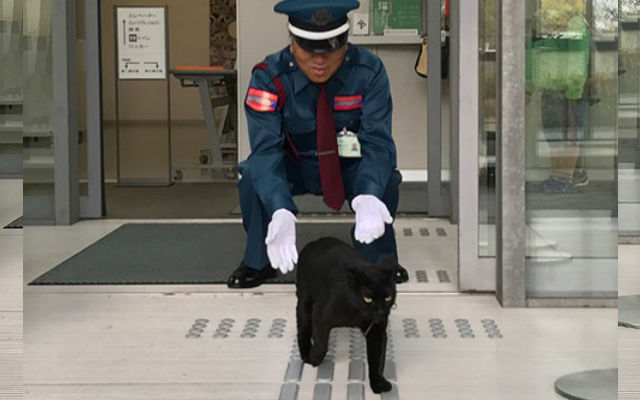 Their visits have proved to be a boon for both the small museum and the city they call home.

The New York Public Library has its lions.

Boston’s Public Garden has its ducks.

Onomichi and its small art museum have Ken-chan and Go-chan, whose Internet fame is quickly outpacing the supply of commemorative tote bags, below. 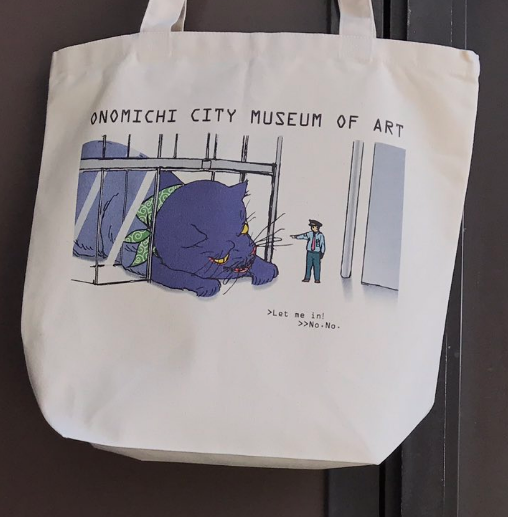 Meanwhile, officials in Zelenogradsk, a Russian resort town boasting both a cat museum and giant cat street monument have invited Ken-chan, Go-chan, and museum staff to be their guests in March, for a cat-centric holiday celebration.

For now, Ken-chan and Go-chan are sticking close to home, alternately entertaining and disappointing visitors who show up, camera in hand, hoping to catch them in the act.

And photographer Iwago shares some pro advice for anyone seeking to capture feline subjects:

…male cats are easier to photograph. Male cats seem to have more latitude and leisure in their lives. Because females do things such as raise the kittens, they concentrate more on what goes on around them. Because males are out on patrol, it is more likely that you will encounter them. Because they have the free time, they’ll let you hang out and photograph them.

Depending on the cat, there are a number of ways to get a cat’s attention. For example, when it’s starting to get dark out, you need to use a lower shutter speed. However, this means that the cat will be blurry if it moves. To avoid this, in such situations, I say to the cat, ‘Stop, hold your breath!’ At that instant, when the cat is frozen, I snap the picture. When you speak out to a cat, they get the message. That said, you can also get shots of good cat body language by letting them roam freely. They don’t need to be looking at the camera.

Even a cellphone camera is enough. However, if you don’t have a telephoto lens, you’re going to have to get close to the cat you’re photographing. Due to this, it might be good to use a single-lens reflex (SLR) camera if you are photographing outside. However, if you are photographing the cat you live at home with, a big camera may prove intimidating. To avoid this problem, it is necessary to regularly put your camera in a place that the cat can see. It is good to start snapping pictures only after your cat has gotten over its fear of cameras. If you use a flash to photograph cats indoors, their hair will look spiky and lose its softness. Therefore, I recommend avoiding a flash. I also recommend not using a tripod, considering the line of sight will become too high. When I am photographing cats, I kneel down so that I am at the same eye line as they are. It’s as if I’m crawling forward into battle. 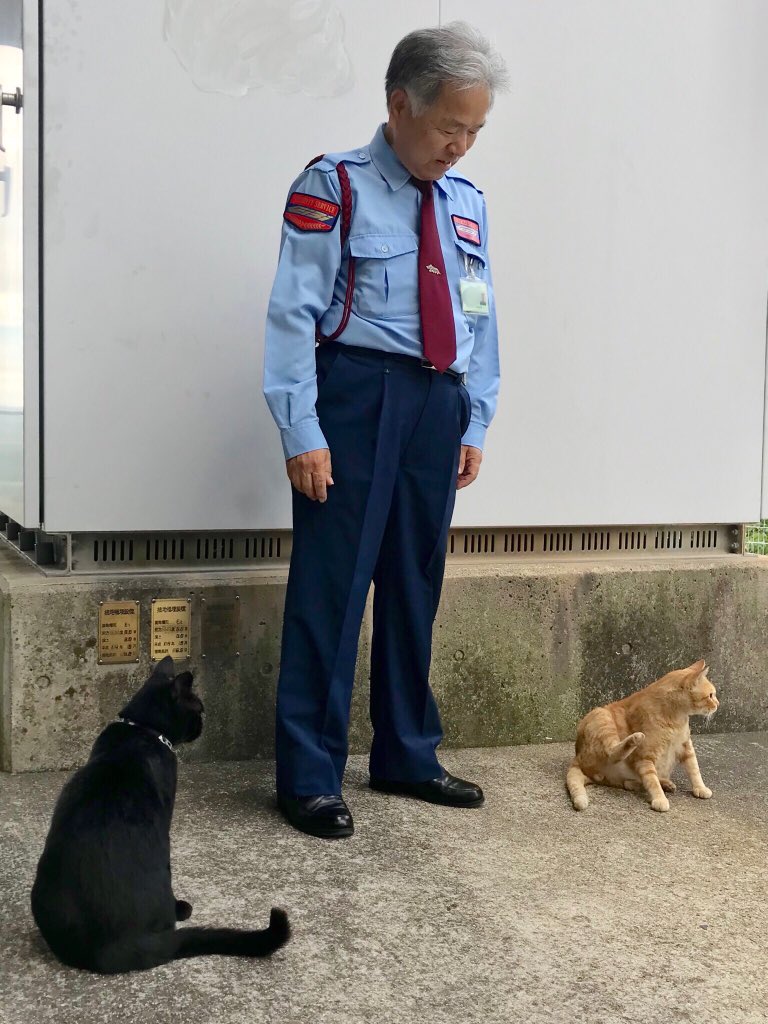