Listen to a Heartfelt Musical Retelling of O. Henry’s “Gift of the Magi” with Hanky in Hand 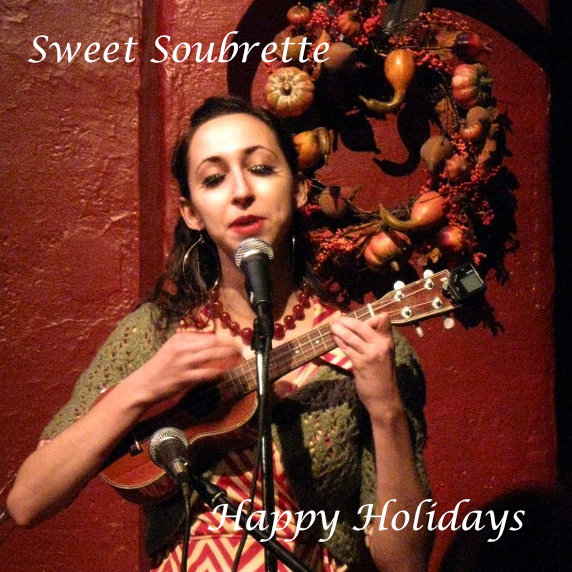 It’s that time of year when certain songs conspire with certain moods to hit you right in the ol’ brisket.

The feeling is voluptuous, and not necessarily unpleasant, provided there’s a bathroom stall or spare bedroom should you need to flee a party like Cinderella, as some old chestnut threatens to turn you into a blubbering mess.

Let the kiddies deck the halls, jingle bells, and prance about with Rudolph and Frosty. The best secular songs for grown ups are the ones with a thick current of longing just under the surface, a yearning for those who aren’t here with us, for a better future, for the way we were…

There’s got to be some hope in the balance though, some sweetness to savor as we muddle through.

(Judy Garland famously stonewalled on the first version of “Have Yourself a Merry Little Christmas” until lyricist Hugh Martin agreed to lighten things up a bit. In the end, both got what they wanted. She got her update:

Have yourself a merry little Christmas

Let your heart be light

Next year all our troubles will be out of sight

But the tension between the promise of a better tomorrow and her emotional delivery holds a place for Hughes’ appealingly dark sentiment:

Have yourself a merry little Christmas

It may be your last

Next year we may all be living in the past

“I’ll Be Home for Christmas” manages to ring some of those same bells.

As a rule, the oldies are the goodies in this department.

More recent bids by Coldplay and Taylor Swift have failed to achieve the proper mix of hope and hopelessness.

It’s a difficult balance, but singer-songwriter Ellia Bisker pulls it off beautifully, above, by turning to O. Henry’s enduring short story, “The Gift of the Magi.”

Accompanying herself on ukulele as she performs under her parlor rock pseudonym, Sweet Soubrette, Bisker’s sound is both sunny and plaintive. It’s an appropriate choice for a young bride who parts with her most valuable asset, in order to give her cherished husband a “worthy” gift:

I want to give you something that I can’t afford,

Let you believe with me we’re really not so poor.

You see that package waiting underneath the tree?

It’s just a token of how much you mean to me.

(Spoiler for the handful of people unfamiliar with this tale: he does the same, thus negating the utility of both costly presents.)

It’s a little like the death scene in Romeo & Juliet, but without the tragedy. The story itself still feels surprisingly fresh, despite the period details. It has more humor and sympathy to it than sentiment. It surprises you with real emotion.

The Romeo and Juliet comparison is apt. The story covers a time period so brief that the newlyweds’ feelings for each other never stray from purest wonder and admiration.

Bisker taps into those feelings in a way Joni Mitchell’s meandering, unreleased take on the same material did not.

The Squirrel Nut Zippers also took a crack at musicalizing “The Gift of the Magi,” but the sound is more Ozarks than shabby, urban New York, with background harmonies hinting that the young couple may be part of a larger support network.

Bisker’s song starts, as it ends, with a pair of young, broke lovers who only have eyes for each other.

The magi, as you know, were wise men—wonderfully wise men—who brought gifts to the Babe in the manger. They invented the art of giving Christmas presents. Being wise, their gifts were no doubt wise ones, possibly bearing the privilege of exchange in case of duplication. And here I have lamely related to you the uneventful chronicle of two foolish children in a flat who most unwisely sacrificed for each other the greatest treasures of their house. But in a last word to the wise of these days let it be said that of all who give gifts these two were the wisest. Of all who give and receive gifts, such as they are wisest. Everywhere they are wisest. They are the magi.

Enjoy this musical gift, readers. The artist has made the track free for downloading, though perhaps you could scratch up a few coins in thanks, without pawning your watch or cutting your hair.

Listen to Ellia Bisker’s “Gift of the Magi,” and four other tracks off of Sweet Soubrette’s name-your-own-price Happy Holidays album here.

We were young and broke, but we didn’t care

You had your pocketwatch, I had my golden hair

We were just scraping by, waiting to make it big

I was an ingénue, you were just a kid

But it was Christmas eve, didn’t know what to do

Just got my student loans, the clothes that I’ve got on

I want to give you something that I can’t afford

Let you believe with me we’re really not so poor

You see that package waiting underneath the tree

Frankincense (here’s what I wish, what I imagine)

Gold and myrrh (that I could give, give what you are worth)

Put them in (this is the gift, gift of the magi)

I used to window shop, I would never tell

There was a pair of combs made out of tortoiseshell

I tried them on one time, put up my long long hair

You wore your father’s watch, it was a vintage piece

It made you feel like fifty million bucks at least

But it was fastened with a flimsy nickel chain

You wanted better but you said it’s all the same

I want to give a token to you of my love

A little luxury to keep your spirits up

I’ll cut and sell my hair, the only gold I’ve got

To buy a golden chain for your pocketwatch

Frankincense (here’s what I wish, what I imagine)

Gold and myrrh (that I could give, give what you are worth)

Put them in (this is the gift, gift of the magi)

I can’t forget the look that flashed across your face

When I walked into our apartment late that day

And I took off my hat revealed a pixie cut

Gave you a little box told you to open up

You pulled out the golden chain that lay inside

You said I shouldn’t have, because your watch was sold

So you could buy for me a pretty pair of combs

The Story of The Pogues’ “Fairytale of New York,” the Boozy Ballad That Has Become One of the Most Beloved Christmas Songs of All Time

Ayun Halliday is an author, illustrator, theater maker and Chief Primatologist of the East Village Inky zine.  See her onstage in New York City this January as host of  Theater of the Apes book-based variety show, Necromancers of the Public Domain. Follow her @AyunHalliday.