John Cleese Revisits His 20 Years as an Ivy League Professor in His New Book, Professor at Large: The Cornell Years 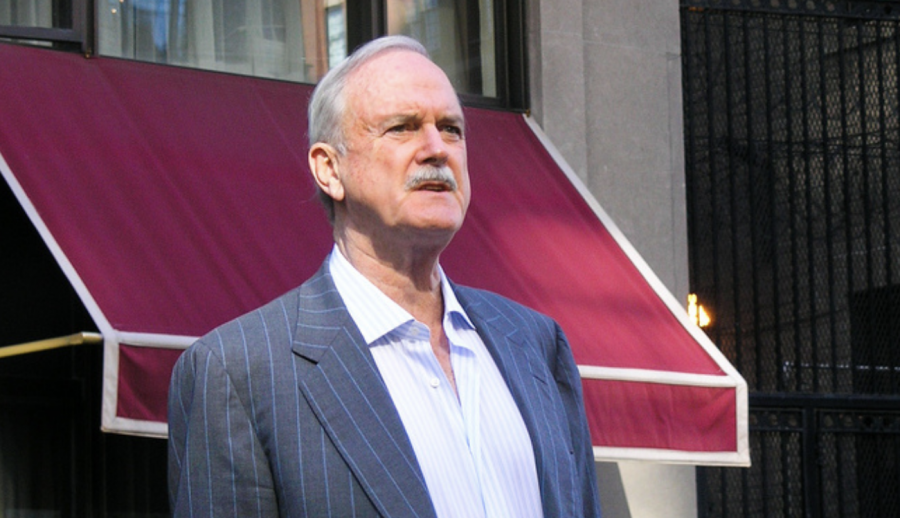 It takes real intelligence to successfully make dumb comedy. John Cleese and his Monty Python colleagues are a premium example. You can call sketches like the “Ministry of Silly Walks” and “Dead Parrot” surrealist, and they are comparable to the absurdist stunts favored by certain early 20th century modern artists. But you can also call them very smart kinds of stupid, a description of some of the highest forms of comedy, I’d say, and one that applies to so much of Cleese’s best work, from the Pythons, to Fawlty Towers, to A Fish Called Wanda. We are moved by stupidity, Cleese believes, and silliness is the engine of good comedy. “Sometimes very, very silly things,” he says in the interview with Cornell University Press director Dean Smith below, “have the power to touch us deeply.” Then he tells the old joke about a grasshopper named Norman.

Is Cleese still funny? Depends. Many listeners of a recent BBC Radio 4 show found his act a little stale. He has also come off lately as a “classic old man yelling at a cloud,” writes Fiona Sturges at The Guardian. (He called, surely in jest, for the hanging of EU president Jean Claude Juncker, for example, during the Brexit campaign).

In curmudgeonly interviews, he complains about hypersensitivity with examples of jokes contemporary audiences simply don’t find amusing, or at least not coming from him. Cleese has railed about the evils of political correctness, especially on college campuses, while spending the past 20 years as a “professor-at-large” on the prestigious campus of Cornell University, where he has delivered “incredibly popular events and classes—including talks, workshops, and an analysis of A Fish Called Wanda and The Life of Brian.”

These appearances draw hundreds of people, and their enormous popularity should offer Cleese some reassurance that he may not need to fear censorship, and that his wit—while it might not be as well appreciated in today’s mass entertainment—still has plenty of currency in places where smart people gather. From seminars on script writing to lectures on psychology and human development, Cleese’s appearances at Cornell lead to riveting, sometimes hilarious, and often controversial conversations.

In the episodes here from the Cornell University Press podcast, you can hear Cleese’s full conversation with Smith, part of the promotion of his 2018 book Professor at Large: The Cornell Years, in which he includes an interview with Princess Bride screenwriter William Goldman, a lecture about creativity called “Hare Brain, Tortoise Mind,” a discussion of facial recognition technology, and a talk on group dynamics with business students and faculty. Like Cleese’s mind, these lectures and discussions range far and wide, demonstrating, once again in his long career, that it takes real smarts to not only speak with ease on several academic subjects, but to understand the mechanics of stupidity. You can pick up a copy of Professor at Large: The Cornell Years here.