What does it accomplish to talk about climate change? Even those who talk about climate change professionally might find it hard to say. If you really want to make a point about rising sea levels — not to mention all the other changes predicted to afflict a warming Earth — you might do better to show, not tell. That reasoning seems to have motivated art projects like the giant hands reaching out from the waters of Venice previously featured here on Open Culture, and it looks even clearer in the more recent case of Lines (57° 59 ́N, 7° 16 ́W), an installation now on display on a Scottish island. 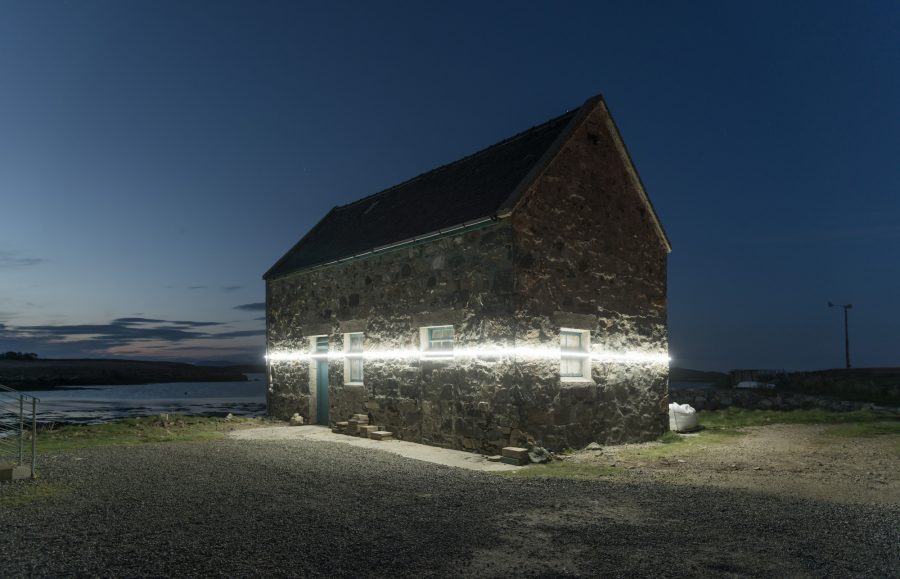 All images courtesy of Timo Aho and Pekka Niittyvirta

“At high tide, three synchronized lines of light activate in the Outer Hebrides off the west coast of Scotland,” writes Designboom’s Zach Andrews, and in the dark, “wrap around two structures and along the base of a mountain landscape.

Everything below these lines of light will one day be underwater.” Created by Finnish artists Pekka Niittyvirta and Timo Aho for Taigh Chearsabhagh Museum & Arts Centre, Lines (57° 59 ́N, 7° 16 ́W) offers a stark reminder of the future humanity faces if climate change goes on as projected. 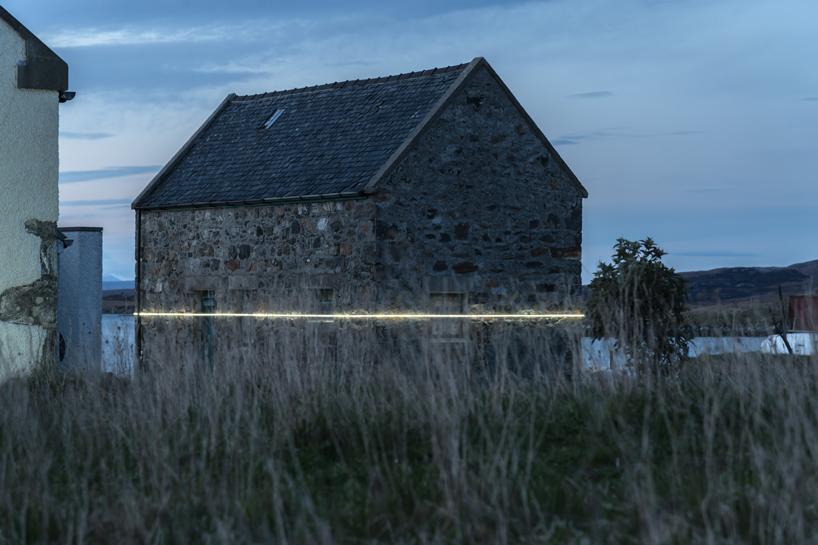 But why put up an installation of such apparent urgency in such a thinly populated, out-of-the-way place? “Low lying archipelagos like this one are especially vulnerable to the catastrophic effects of climate change,” Andrews writes, adding that the Taigh Chearsabhagh Museum & Arts Centre itself “cannot even afford to develop on its existing site anymore due to the predicted rise of storm surge sea.” But though the effects of rising sea levels may be felt first on islands like these, few predictions have those effects stopping there; worst-case scenarios won’t spare our major metropolises, and certainly not the coastal ones. 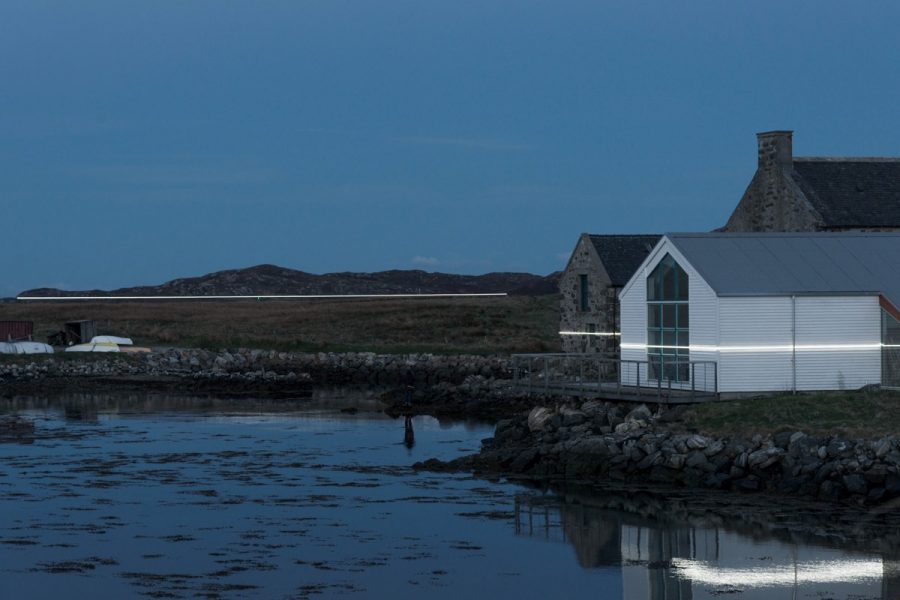 You can get a sense of what Lines (57° 59 ́N, 7° 16 ́W) looks like in action from the photographs on Niittyvirta‘s site a well as the time-lapse video at the top, which shows the lines of light activating when their sensors detect high tide, then only those lines of light remaining by the time the sun has gone completely down. To experience the full impact of the installation, however, requires seeing it in person in the context for which it was created. So if you’ve been putting off that trip to the Outer Hebrides, now might be the time to finally take it — not just because of Niittyvirta and Aho’s work, but because in a few years, it may not be quite the same place.