How Carl Jung Inspired the Creation of Alcoholics Anonymous 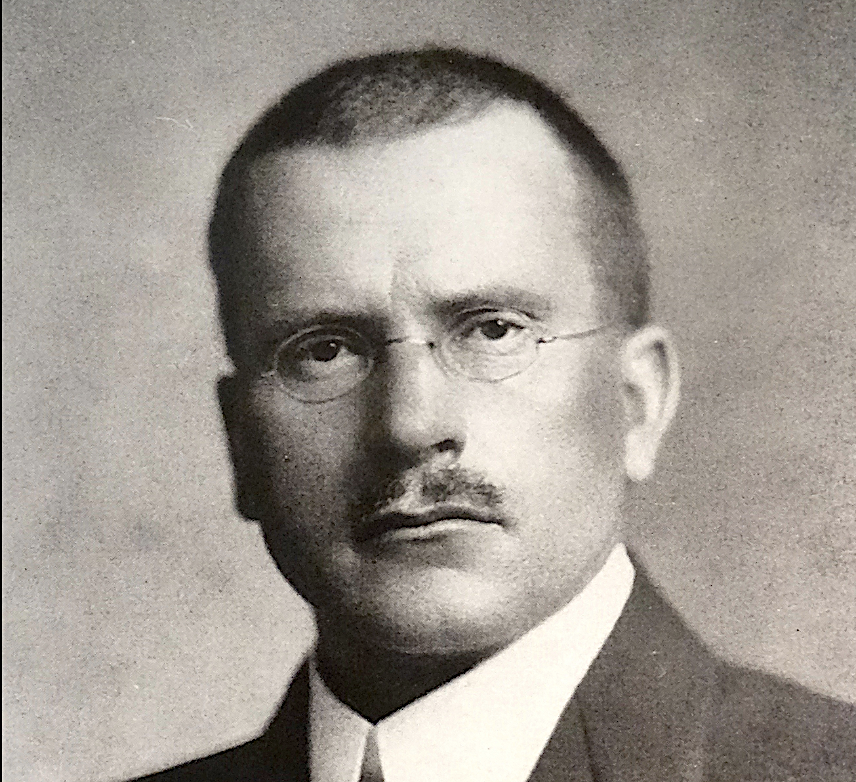 There may be as many doors into Alcoholics Anonymous in the 21st century as there are people who walk through them—from every world religion to no religion. The “international mutual-aid fellowship” has had “a significant and long-term effect on the culture of the United States,” writes Worcester State University professor of psychology Charles Fox at Aeon. Indeed, its influence is global. From its inception in 1935, A.A. has represented an “enormously popular therapy, and a testament to the interdisciplinary nature of health and wellness.”

A.A. has also represented, at least culturally, a remarkable synthesis of behavioral science and spirituality that translates into scores of different languages, beliefs, and practices. Or at least that’s the way it can appear from browsing the scores of books on A.A.’s 12-Steps and Buddhism, Yoga, Catholicism, Judaism, Indigenous faith traditions, shamanist practices, Stoicism, secular humanism, and, of course, psychology.

Historically, and often in practice, however, the (non)organization of worldwide fellowships has represented a much narrower tradition, inherited from the evangelical (small “e”) Christian Oxford Group, or as A.A. founder Bill Wilson called them, “the ‘O.G.’” Wilson credits the Oxford Group for the methodology of A.A.: “their large emphasis upon the principles of self-survey, confession, restitution, and the giving of oneself in service to others.”

The Oxford Group’s theology, though qualified and tempered, also made its way into many of A.A.’s basic principles. But for the recovery group’s genesis, Wilson cites a more secular authority, Carl Jung. The famous Swiss psychiatrist took a keen interest in alcoholism in the 1920s. Wilson wrote to Jung in 1961 to express his “great appreciation” for his efforts. “A certain conversation you once had with one of your patients, a Mr. Rowland H. back in the early 1930’s,” Wilson explains, “did play a critical role in the founding of our Fellowship.”

Jung may not have known his influence on the recovery movement, Wilson says, although alcoholics had accounted for “about 13 percent of all admissions” in his practice, notes Fox. One of his patients, Rowland H.—or Rowland Hazard, “investment banker and former state senator from Rhode Island”—came to Jung in desperation, saw him daily for a period of several months, stopped drinking, then relapsed. Brought back to Jung by his cousin, Hazard was told that his case was hopeless short of a religious conversion. As Wilson puts it in his letter:

[Y]ou frankly told him of his hopelessness, so far as any further medical or psychiatric treatment might be concerned. This candid and humble statement of yours was beyond doubt the first foundation stone upon which our Society has since been built.

Jung also told Hazard that conversion experiences were incredibly rare and recommended that he “place himself in a religious atmosphere and hope for the best,” as Wilson remembers. But he did not specify any particular religion. Hazard discovered the Oxford Group. He might, as far as Jung was concerned, have met God as he understood it anywhere. “His craving for alcohol was the equivalent,” wrote the psychiatrist in a reply to Wilson, “on a low level, of the spiritual thirst of our being for wholeness, expressed in medieval language: the union with God.”

In his reply letter to Wilson, Jung uses religious language allegorically. AA took the idea of conversion more literally. Though it wrestled with the plight of the agnostic, the Big Book concluded that such people must eventually see the light. Jung, on the other hand, seems very careful to avoid a strictly religious interpretation of his advice to Hazard, who started the first small group that would convert Wilson to sobriety and to Oxford Group methods.

“How could one formulate such an insight that is not misunderstood in our days?” Jung asks. “The only right and legitimate way to such an experience is that it happens to you in reality and it can only happen to you when you walk on a path which leads you to a higher understanding.” Sobriety could be achieved through “a higher education of the mind beyond the confines of mere rationalism”—through an enlightenment or conversion experience, that is. It might also occur through “an act of grace or through a personal and honest contact with friends.”

Though most founding members of AA fought for the stricter interpretation of Jung’s prescription, Wilson always entertained the idea that multiple paths might bring alcoholics to the same goal, even including modern medicine. He drew on the medical opinions of Dr. William D. Silkworth, who theorized that alcoholism was in part a physical disease, “a sort of metabolism difficulty which he then called an allergy.” Even after his own conversion experience, which Silkworth, like Jung, recommended he pursue, Wilson experimented with vitamin therapies, through the influence of Aldous Huxley.

His search to understand his mystical “white light” moment in a New York detox room also led Wilson to William James’ Varieties of Religious Experience. The book “gave me the realization,” he wrote to Jung, “that most conversion experiences, whatever their variety, do have a common denominator of ego collapse at depth.” He even thought that LSD could act as such a “temporary ego-reducer” after he took the drug under supervision of British psychiatrist Humphrey Osmond. (Jung likely would have opposed what he called “short cuts” like psychedelic drugs.)

In the letters between Wilson and Jung, as Ian McCabe argues in Carl Jung and Alcoholics Anonymous, we see mutual admiration between the two, as well as mutual influence. “Bill Wilson,” writes McCabe’s publisher, “was encouraged by Jung’s writings to promote the spiritual aspect of recovery,” an aspect that took on a particularly religious character in Alcoholics Anonymous. For his part, Jung, “influenced by A.A.’s success… gave ‘complete and detailed instructions’ on how the A.A. group format could be developed further and used by ‘general neurotics.’” And so it has, though more on the Oxford Group model than the more mystical Jungian. It might well have been otherwise.

Read more about Jung’s influence on AA over at Aeon.