As any enthusiast of Godzilla movies knows, nobody does monsters quite like the Japanese. The cultural tradition of giant creatures laying waste to cities is known as kaijū, a combination of kai (怪), “strange,” and jū (獣), “beast.” The well of kaijū goes deep, but the well of Japanese monsterhood itself goes much deeper. Take yōkai, the category of monsters, spirits, and demons whose history goes all the way back to the first century. But it wasn’t until the medieval era that depictions of yōkai —whose name combines the characters yō (妖), with its connotations of attraction, bewitchment, and calamity, and kai (怪), which can indicate something suspicious, a mystery, or an apparition — turned into popular entertainment.

Most yōkai possess supernatural powers, sometimes used for good but often not so much. Some look human, while others, such as the turtle-like kappa and the intelligent if dissolute raccoons called tanuki (stars of Studio Ghibli animator Isao Takahata‘s Pom Poko), resemble animals. But the wide world of yōkai also includes shapeshifters as well as only seemingly inanimate objects. You can familiarize yourself with all of them — from the gong-banging bake ichō no sei who hang around under gingko trees to the cloth dragon shiro uneri born of a dishrag to the “temple-pecker” teratsutsuki who lives among Buddhist priests and on a diet of rage — at the English-language database Yokai.com.

Demand for yōkai stories increased during the early 17th to the mid-18th century Edo period, which saw the introduction of the printing press to Japan. One popular tale of that era, Ino Mononoke Roku, tells of a young boy who must undergo 30 days of confrontations with various yōkai in the city of Miyoshi. It’s no coincidence that the very first museum dedicated to yōkai has just opened in that same place. “The Miyoshi Mononoke Museum, or formally the Yumoto Koichi Memorial Japan Yokai Museum, opened in the city of Miyoshi after Koichi Yumoto, a 68-year-old ethnologist and yokai researcher in Tokyo, donated some 5,000 items from his collection in 2016,” says the Japan Times. “The museum displays about 160 items from Yumoto’s collection, which includes a scroll painting of the famous folktale and crafts.” 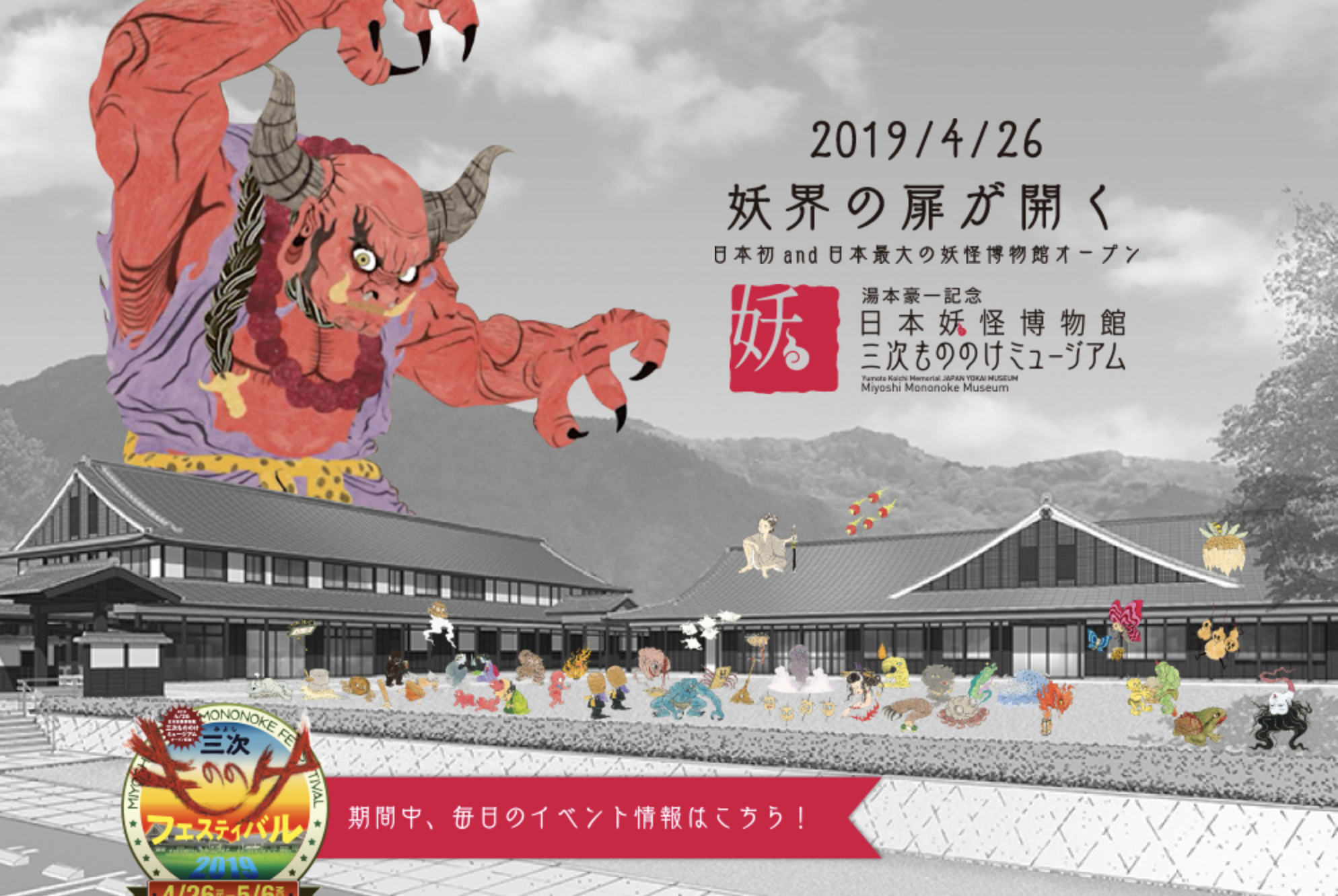 Located in Hiroshima Prefecture (also home to the Onomichi Museum of Art and its famous cats Ken-chan and Go-chan), the Miyoshi Mononoke Museum features “about 160 items from Yumoto’s collection, which includes a scroll painting of the famous folktale and crafts,” an “interactive digital picture book of yōkai” as well as opportunities to “take photos with the monsters using a special camera set up at the site.” You’ll find a suitably odd animated promotional video for the museum, which turns into a yōkai dance party, at the top of the post. Whether or not you believe that these attractive, bewitching, calamitous, suspicious, mysterious apparitions really inhabit the world today, you have to acknowledge their knack for inhabiting every form of media that has arisen over the centuries.

Bambi Meets Godzilla: #38 on the List of The 50 Greatest Cartoons of All Time

Watch “The Midnight Parasites,” a Surreal Japanese Animation Set in the World of Hieronymus Bosch’s The Garden of Earthly Delights (1972)