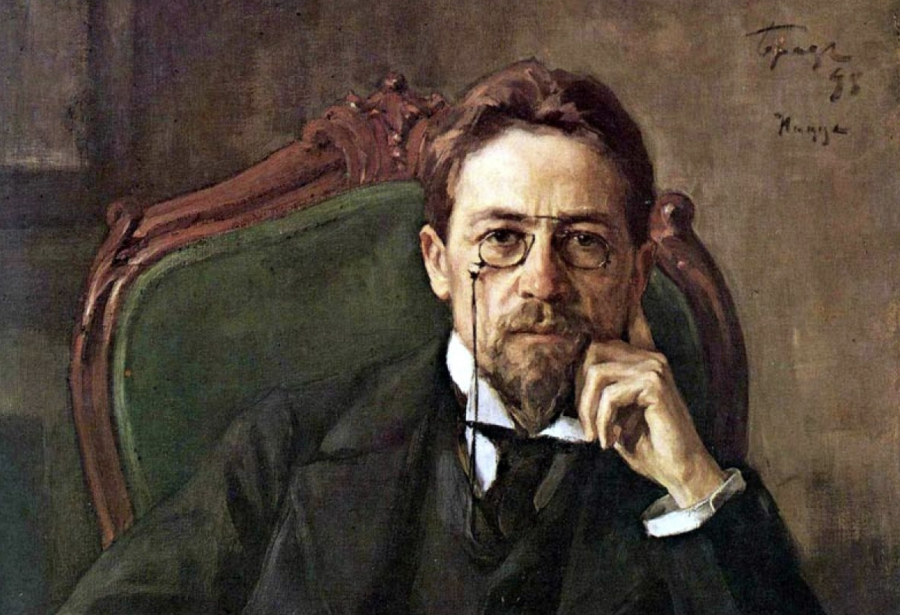 Whether due to insecurity, inexperience, or just intellectual curiosity, writers of fiction can sometimes privilege sounding smart over connecting with their readers. The result is the dreaded “information dump,” an attempt to include everything: everything, that is, but that which makes fiction compelling: minutely detailed descriptions of characters we care about; sharply observed situations that move us; moral complexity that feels earned and genuine…

All qualities that might fall under the adjective “Chekhovian.”

Anton Pavlovich Chekhov, country doctor and masterful short story writer, put himself through medical school by writing fiction readers could not put down. He has since become a standard for realist concision—the short story analogue to Gustave Flaubert’s mastery of the novel form.

And like Flaubert, Chekhov mastered his art by placing strict limits on himself. These he outlined in an 1886 letter to his brother Aleksandr in a concise six-point list, which you’ll find below.

Many of these prescriptions can sound like the CIA-approved rules informally enforced by the 20th-century Iowa Writer’s Workshop. One can draw a line from Chekhov to Raymond Carver, Flannery O’Connor, John Updike, and other writers likely to have appeared in The New Yorker. But many writers besides Chekhov have complained of overly verbose, opinionated fiction.

19th century writer Henry James disparaged what he called the “large loose baggy monsters” of Fyodor Dostoevsky and other serial novelists, for example. Another novelist, Jay McInerney takes a phrase from Renaissance scholar Walter Pater to describe the brevity of the short story: the form, he writes, creates a “hard, gemlike flame.” This seems to be what Chekhov strove for in his mature work.

But three years earlier, he had perfected a very different kind of story, and issued a very different list of prescriptions to his brother. In 1883, Chekhov advised that if Aleksandr wished to get published in the magazine Fragments, he should observe the following: “1. The shorter, the better; 2. A bit of ideology and being up to date is most à propos; 3. Caricature is just fine, but ignorance of civil service ranks and of the seasons is strictly prohibited.”

We can see the author’s noted concern for accuracy, but not the ultimate and most concise item on his mature list: Compassion, a quality that eclipses typology and ideology. Chekhov may not always have adhered closely to some of his own rules, as ethnographic writer Kirin Narayan shows. After all, who can achieve “total objectivity”? But “embedded” in this ideal is “the recognition” writes Maria Popova at Brain Pickings, “that no depiction of reality is realistic unless it includes an empathic account of all perspectives.”

Toni Morrison Dispenses Sound Writing Advice: Tips You Can Apply to Your Own Work