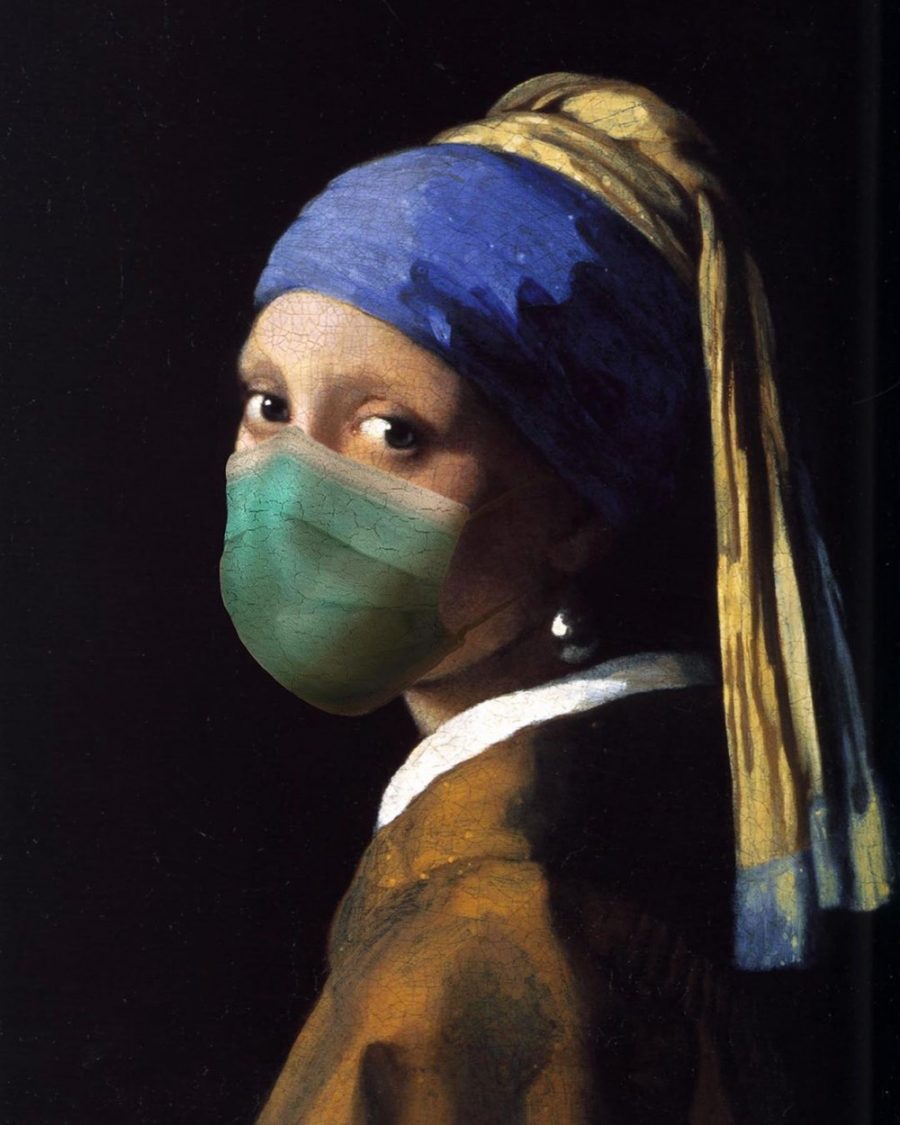 We hear the phrase “unprecedented times” every day now, but the truth is few calamities in human history are more precedented than plagues and pestilences. In Western history, at least, disease epidemics seem always to have been followed by Machiavellian opportunism and cultish conspiracy theories that only made things worse.

During the 14th century, almost six hundred years before Naomi Klein defined the shock doctrine, the Black Death “strengthened the power of the state and accelerated the domination of key markets by a handful of large companies,” write Eleanor Russell and Martin Parker at The Conversation (hello, Amazon). In their argument, disaster capitalism may have preceded actual capitalism, and it started with the plague. 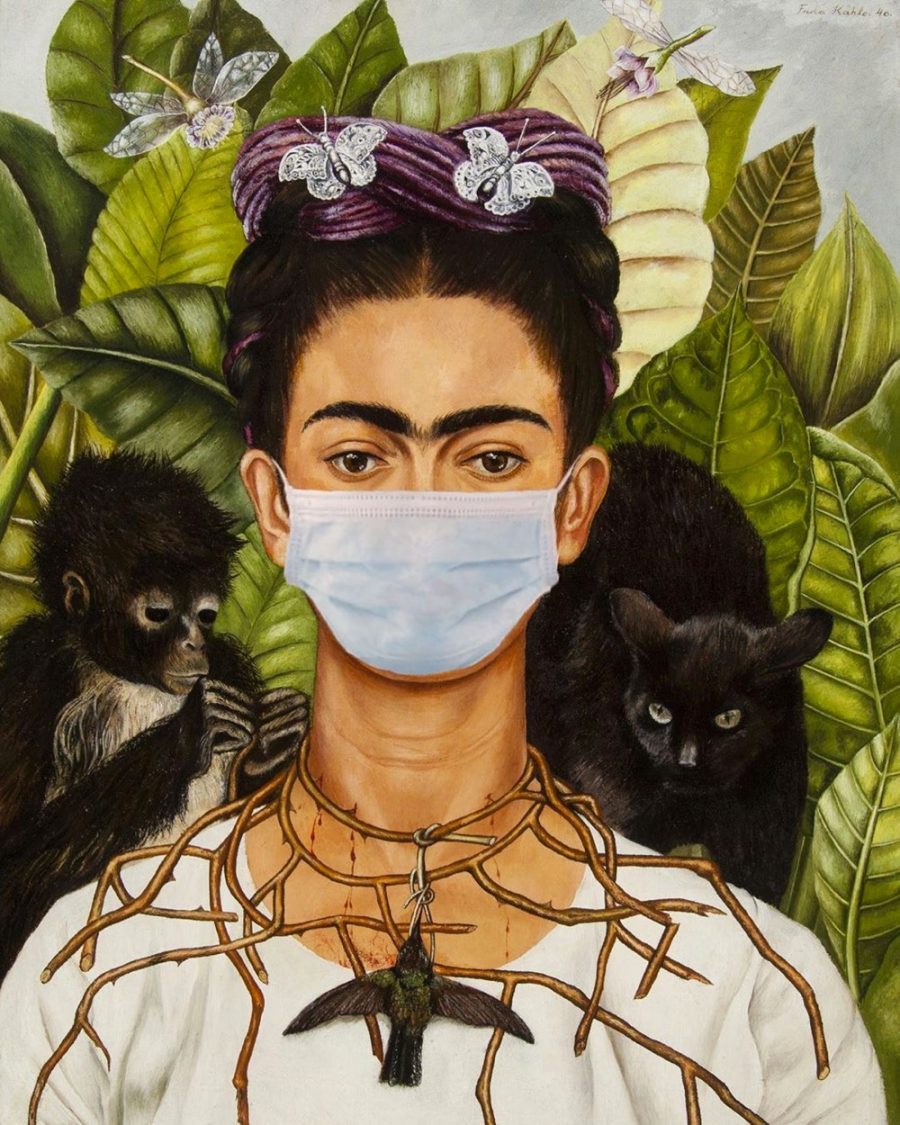 In his history of the Great Plague of 1665, Daniel Defoe described how “everyone behaved badly, though the rich behaved the worst,” as Jill Lepore writes at The New Yorker, forcing their servants to put their lives at risk to provision the great houses. “This Necessity…,” writes Defoe, “was in a great Measure the Ruin of the whole City,” though few in London then understood how to slow transmission of the disease.

That was not the case when the Influenza epidemic took the lives of hundreds of millions around the world between 1918 and 1920. Doctors understood how the flu spread and recommended that everyone wear a mask in public. Cities passed ordinances and immediately resistance sprang up, leading to organizations like San Francisco’s Anti-Mask League, whose rhetoric sounds like that of anti-mask protestors of today. 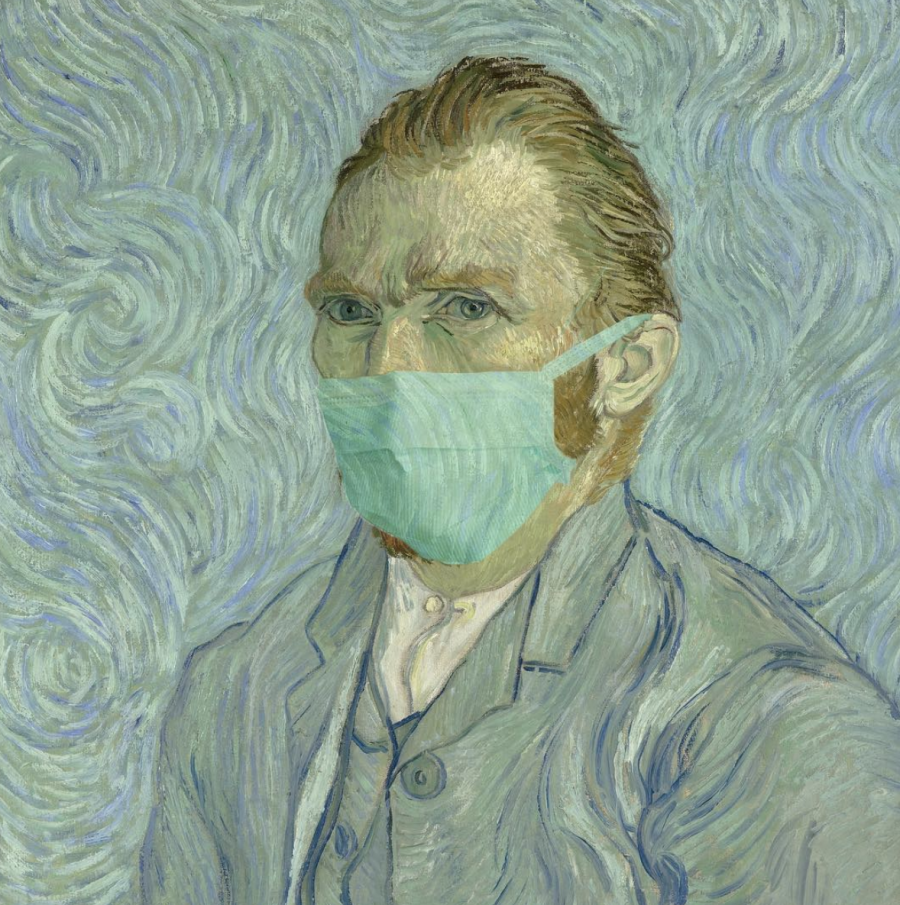 The times may be unique—for the speed at which COVID-19 spread around the world, for instance, along with the disinformation—but humans have lived through many versions of pandemic, and many disastrously selfish, opportunistic, and short-sighted responses to it. We may contemplate these historical repetitions as we admire the Instagram creations of artist Genevieve Blais, who has been posting images of famous paintings, statues, and photographs with their subjects wearing masks.

More than novelty memes or highbrow public service announcements, Blais’ creations are part-whimsical/part-sobering reminders of the persistence of plagues throughout history—their influence on the rise and fall of dynasties and powerful patrons, and the ignorance and folly that led to so much preventable death. Technologically speaking, humans are better positioned than ever before to combat epidemics of disease. But it’s worth remembering the precedents for our current conditions. Plagues have shaped human history. We don’t always have to respond to them the same way. See all of Blais’s masked fine art images at her Plague History Instagram page. If you DM her, she will make you a print. 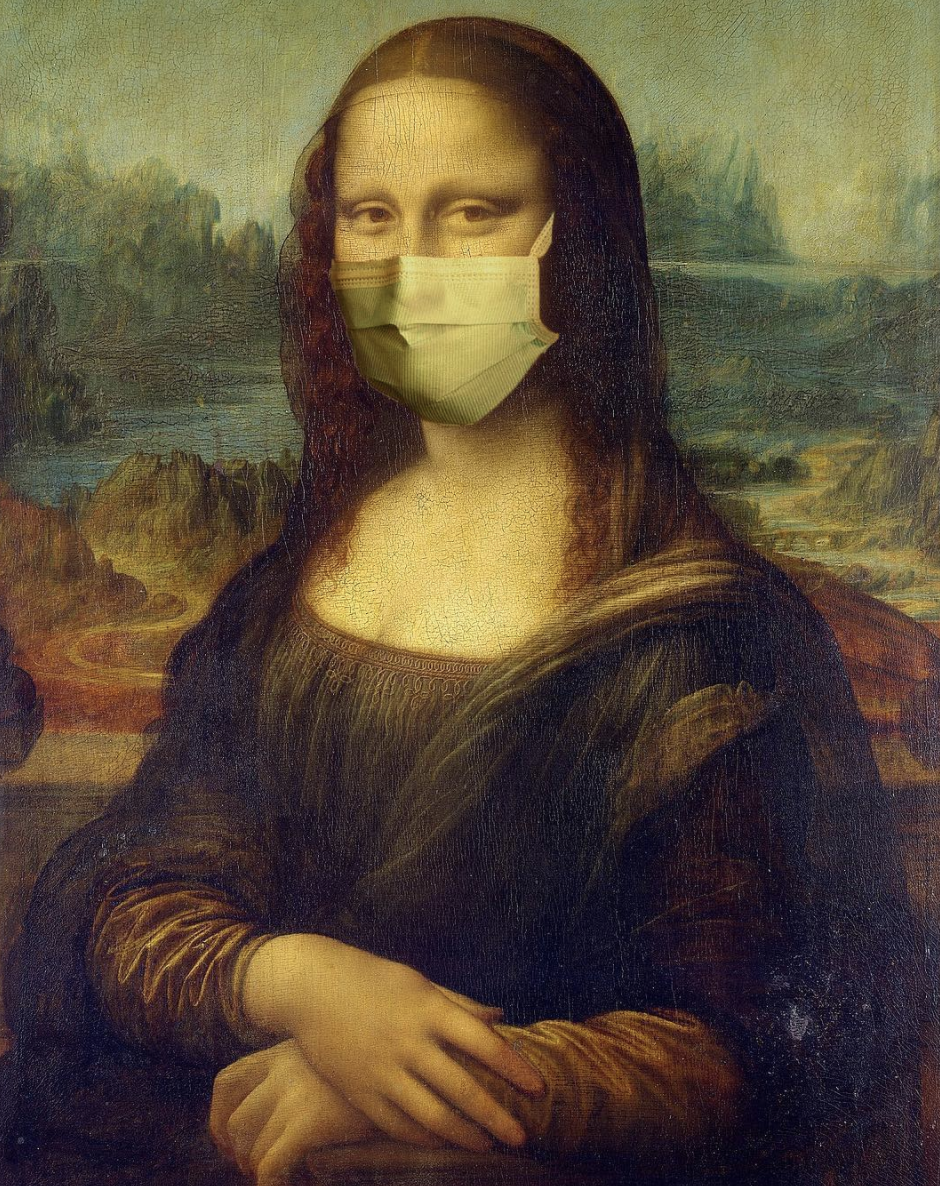 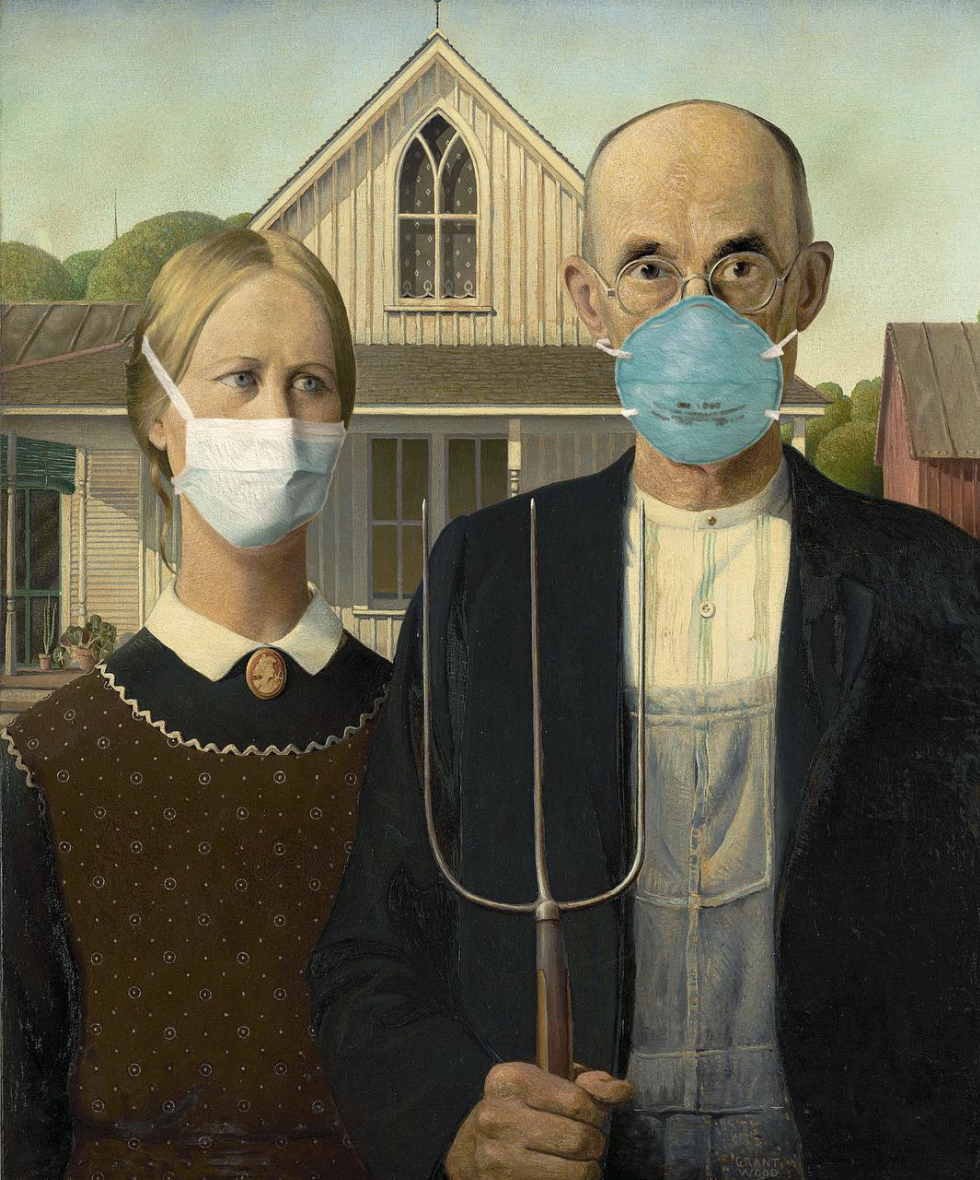 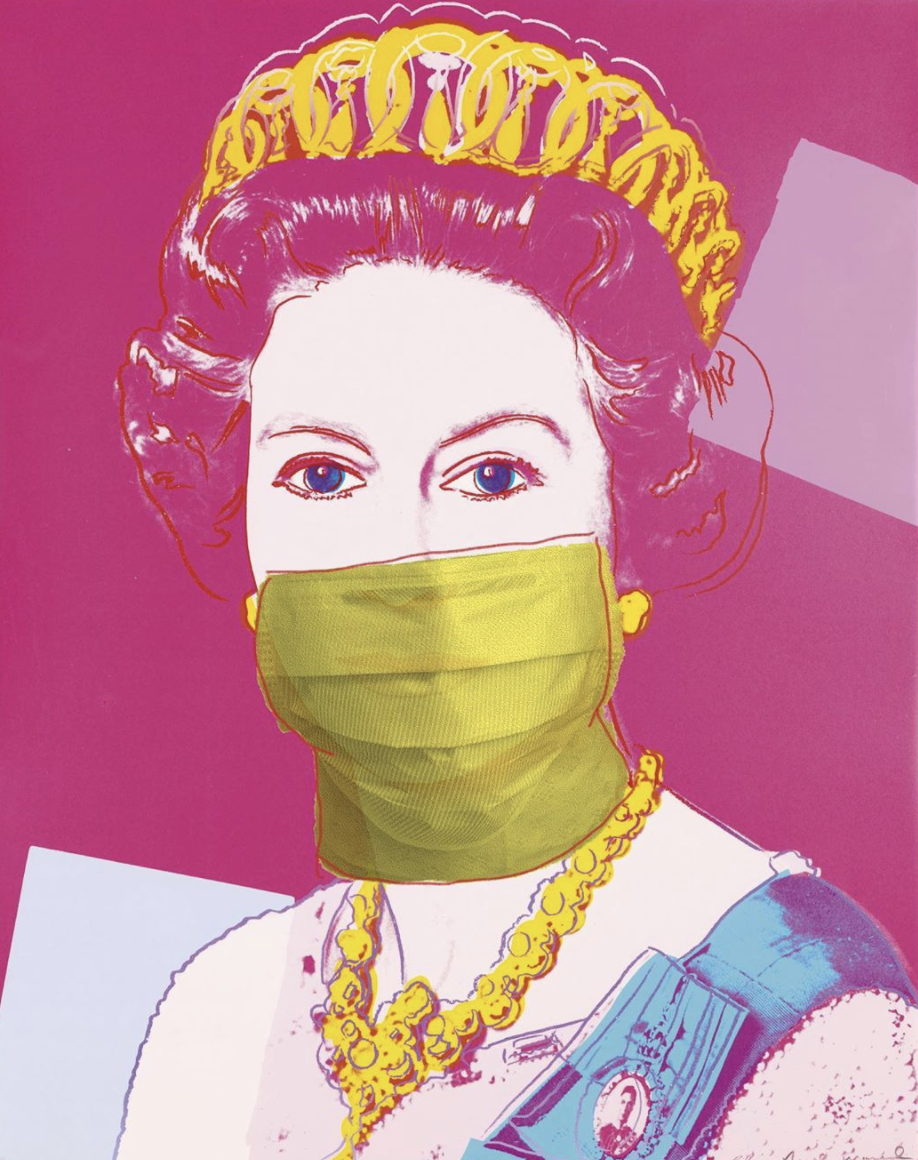