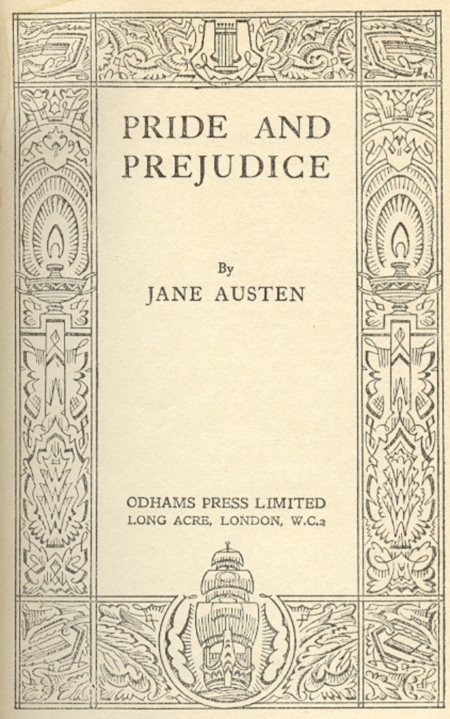 “Currently, it seems, Jane Austen is hotter than Quentin Tarantino.” Martin Amis wrote this in the New Yorker back in 1996, when Tarantino had cultural heat to spare. Even today, as the filmmaker rides high on another one of his periodic waves of pop-cultural exuberance and controversy-courting violence, Austen may still win the popularity contest. Her much-read, often-adapted second novel Pride and Prejudice has, in fact, just passed its 200th anniversary of publication, and its reputation as a reliably sharp and engaging comedy seems stronger than ever.

Especially striking for a novel of its age, this reputation appears to have also grown wider than ever. Though some have always dismissed her — and will always dismiss her — as a writer of mere romantic fiction meant solely for women, admiration for Austen knows no demographic boundaries. Just look at her high-profile living male enthusiasts, a group that ranges from Amis to venture capitalist and essayist Paul Graham, who names Austen as one of his heroes. “In her novels I can’t see the gears at work,” Graham writes. “Though I’d really like to know how she does what she does, I can’t figure it out, because she’s so good that her stories don’t seem made up.”

“When I was introduced to the novel, at the age of fourteen,” Amis writes of Pride and Prejudice, “I read twenty pages and then besieged my stepmother’s study until she told me what I needed to know. I needed to know that Darcy married Elizabeth. (I needed to know that Bingley married Jane.) I needed this information as badly as I had ever needed anything. Pride and Prejudice suckers you. Amazingly — and, I believe, uniquely — it goes on suckering you.” And if that 200-year-old novel fails to sucker you, perhaps its 202-year-old predecessor Sense and Sensibility or its 199-year-old successor Mansfield Park will. You can browse Austen’s hand-written manuscripts pertaining to these and other of her novels in Jane Austen’s Fiction Manuscripts, an online joint project from the University of Oxford and King’s College London. Austen’s fanbase, perhaps because of its broadness, seems to contain relatively few obsessive exegetes (compared to, say, acolytes of Thomas Pynchon), but you can only read her six novels so many times before feeling a need, if a vain one, to glimpse those “gears at work.” And if this contact with Austen’s creative spirit moves you to write your own adaptation of Pride and Prejudice, why not think outside the box and check on Tarantino’s availability to direct?

Copies of Pride and Prejudice can be found in our collection of Free Audio Books and Free eBooks.

You can also download free audio versions of Jane Austen novels if you take part in the free trial programs offered by Audible.com and FreeAudioBooks.com.