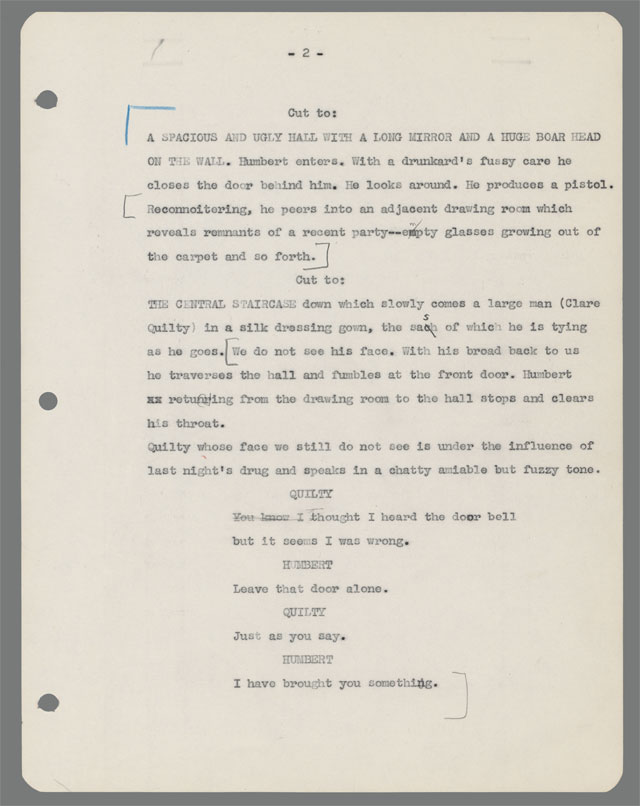 The tag line for Stanley Kubrick’s sixth feature was “How did they ever make a movie of Lolita?” And it’s a good question. Vladimir Nabokov’s infamous novel, first published in 1955, is a delirious account of a middle-aged sophisticate’s obsession with a 12 year-old “nymphet.” The book was both praised and pilloried when it came out. Graham Greene called it one of the best books of the year while an English newspaper called it “sheer unrestrained pornography.” With press like that, Lolita quickly became a best-seller.

So when Kubrick, along with his producing partner James B. Harris, bought the rights to the book in 1958, they first had to prove that it could be filmed in a way that could get past the censors. The Hays code was still in effect in Hollywood, which suppressed any hint of sex between two adults. A love story between a prepubescent girl and a middle-aged pervert was going to be a tall order. “If I realized how severe the [censorship] limitations were going to be,” Kubrick stated later, “I wouldn’t have made the film.”

Eventually, Kubrick had to bow to reality; they changed Lolita’s age from 12 to 14, casting the teenaged Sue Lyon for the part. As Richard Corliss noted in his study on Lolita, “The book is about child abuse; the movie is about the wiles a teenage girl might have learned in those two years: an awareness of her power over men.”

The other challenge of adapting Lolita was the book itself. There’s an old truism in Hollywood that mediocre books make great movies and great books make for lousy films. After all, a novel like Mario Puzo’s The Godfather is all about story, characters and suspense – the same stuff as a good script. Authors like James Joyce, William Faulkner and Nabokov, on the other hand, foreground elements that are particular to literature — interior monologues, unreliable narrators, and a musicality of language – elements that are damned tricky to reproduce on the silver screen. If you don’t believe me, compare The Great Gatsby with its numerous dreadful movie adaptations.

Doubtless aware of such pitfalls, Kubrick approached Nabokov, the author himself, to write the script. After their first meeting, Nabokov turned the offer down. “The idea of tampering with my own novel caused me only revulsion,” Nabokov later wrote in the foreword to the published version of his Lolita script. Kubrick, however, is not a person to be dissuaded easily. He sent Nabokov a telegram renewing the offer a few months later, just as the author was beginning to regret passing on the offer and its generous paycheck.

So Nabokov traveled back to Los Angeles to meet with Kubrick, beginning what he would characterize as “an amiable battle of suggestion and countersuggestion on how to cinemize the novel.” By the end of the summer of 1960, Nabokov delivered his first draft – a 400-page behemoth. The script would require some serious editing. After that, Nabokov’s meetings with the director became more and more sporadic.

True to form, Kubrick was secretive about the film. The author had little idea what shape the final movie was going to take until he saw it a couple of days before the premiere in 1962. “I had discovered that Kubrick was a great director, that his Lolita was a first-rate film with magnificent actors, and that only ragged odds and ends of my script had been used.” Kubrick took the script and stripped out all the backstory and most of the narration. He expanded the character of Quilty to give Peter Sellers more to do. While Nabokov was generally complimentary about the film, he still had some complaints. “Most of the sequences were not really better than those I had so carefully composed for Kubrick, and I keenly regretted the waste of my time while admiring Kubrick’s fortitude in enduring for six months the evolution and infliction of a useless product.”

Nonetheless, Nabokov got a single screenwriter credit for the movie and he ended up getting an Oscar nomination for Best Adapted Screenplay. You can see some of Nabokov’s script of Lolita, complete with margin notes, below. (The margin notes apparently don’t appear in the published version.) You can click on each image to view them in a larger format. They come to us via Vice. 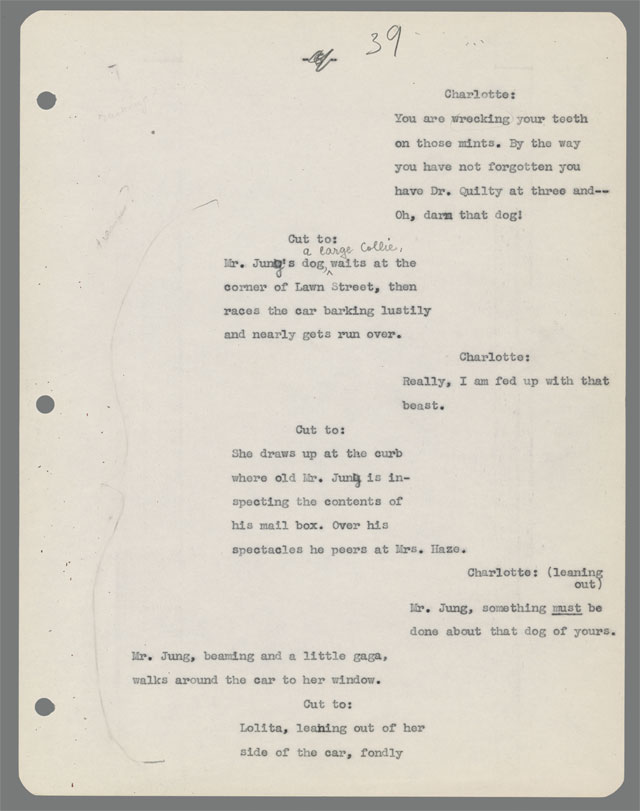 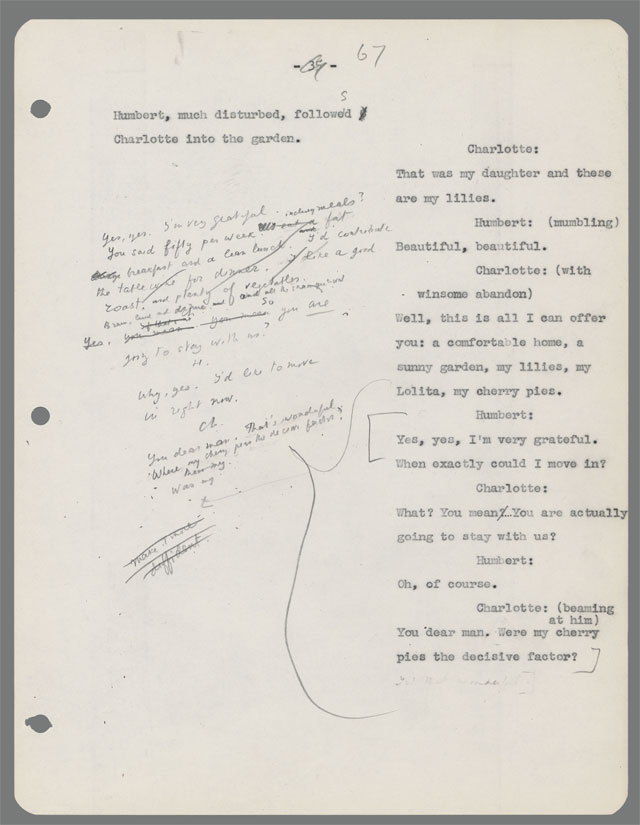 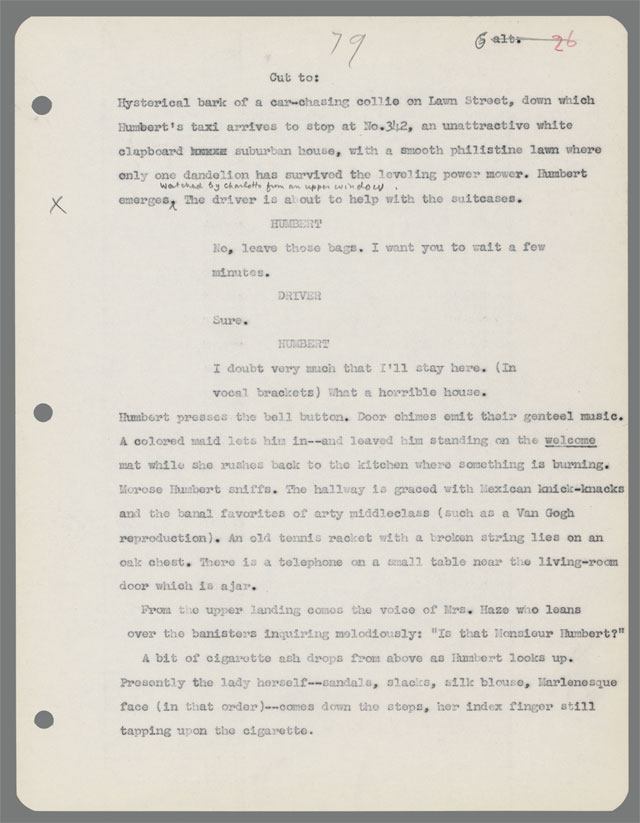 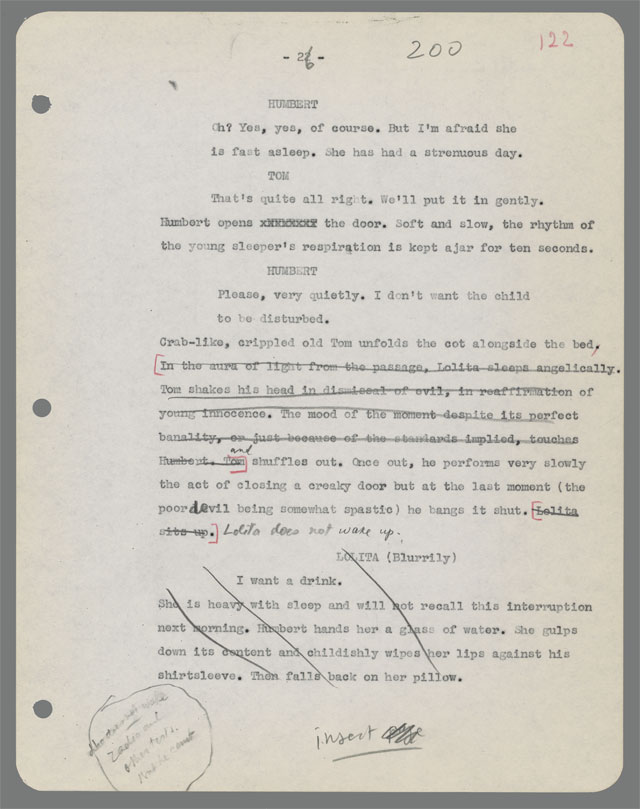 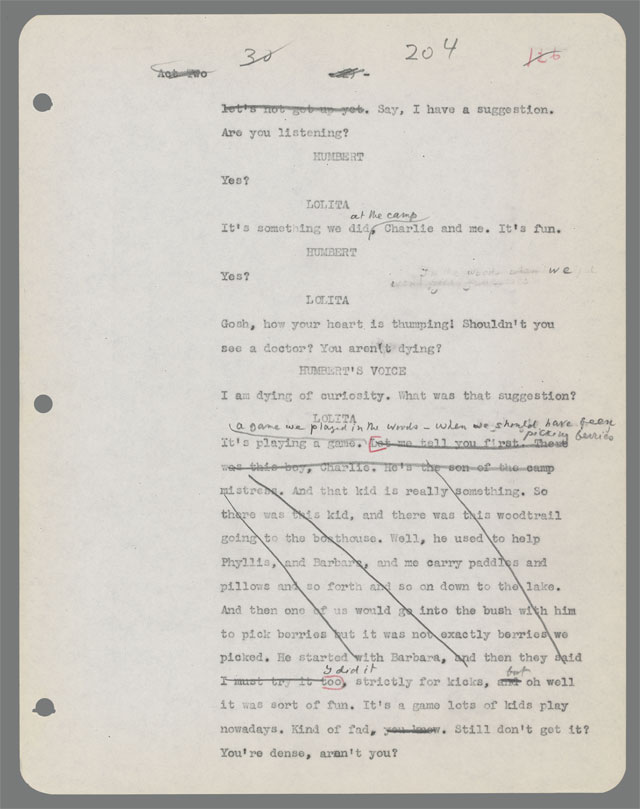