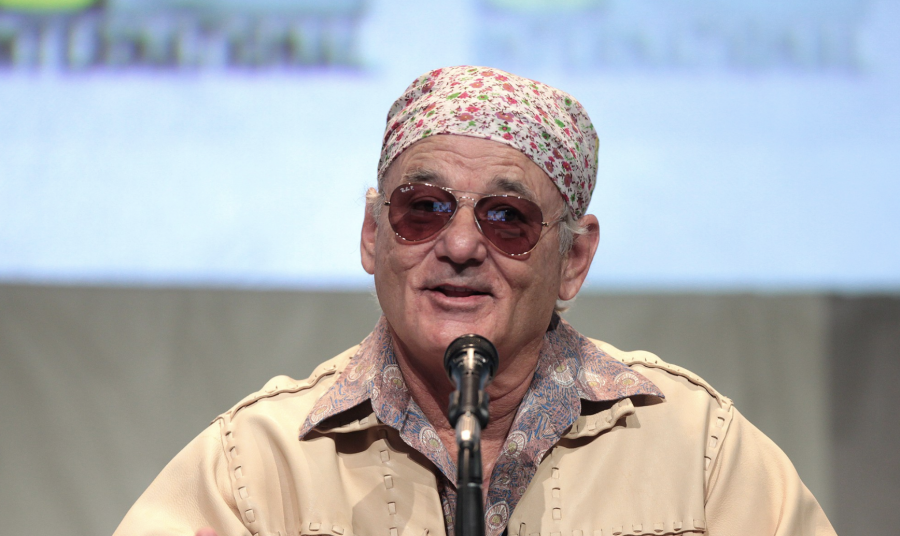 How does it feel to be Bill Murray?

He doesn’t care about what just happened. He doesn’t think about what’s going to happen. He doesn’t even book round-trip tickets. Bill buys one-ways and then decides when he wants to go home.

A stunningly good use of wealth and power. If he were anyone but the inimitable Bill Murray, I bet we’d be seething with envious class rage.

He devises the rules by which he plays, from the way he rubs shoulders with the common man to the toll free number that serves as his agent to indulging in creative acts of rebellion that could get a younger, less nuanced star labelled bratty, if not mentally ill, and desperately in need of rehab.

As if Murray needs anyone else to determine when he needs a break. When his 1984 film adaptation of Somerset Maugham’s The Razor’s Edge failed at the box office, he granted himself a four year sabbatical. He studied history and philosophy at the Sorbonne, became fascinated with the Greco-Armenian mystic George Gurdjeff…and learned how to avoid spooking the public by putting a light spin on a clearly transformative experience:

I’ve retired a couple of times. It’s great, because you can just say, “Oh, I’m sorry. I’m retired.” And people will actually believe that you’ve retired. There are nutters out there that will go, “Oh, okay!” and then leave you alone.

But how does it really feel to be Bill Murray?

…someone told me some secrets early on about living, and that you just have to remind yourself … you can do the very best you can when you’re very very relaxed. No matter what it is, whatever your job is, the more relaxed you are the better you are. That’s sort of why I got into acting. I realized the more fun I had the better I did it and I thought, that’s a job I can be proud of. If I had to go to work and no matter what my condition, no matter what my mood is, no matter how I feel … if I can relax myself and enjoy what I’m doing and have fun with it, I can do my job really well. It has changed my life, learning that.

When the question was put to him at the 2014 Toronto International Film Festival, Murray led a guided meditation, below, to help the audience get a feel for what it feels like to be as relaxed and in the moment as Bill Murray. Putting all joking to the side, he shares his formula as sincerely as Mr. Rogers addressing his young television audience. Don’t forget that this is a man who read the poetry of Emily Dickinson to a roomful of rapt construction workers with a straight and confident face. Complete text is below.

Bill Murray Sings the Poetry of Bob Dylan: Shelter From the Storm