Watch Alfred Hitchcock Make Cameo Appearances in 37 of His Films

It may sound redundant, but to many people a Hitchcock film would not be a Hitchcock film without Hitchcock. By this I mean not only Hitchcock’s masterful command of light and shadow, camera movement, and editing, but also the brief, witty appearances of the man himself, in front of the camera.

Of course we have the droll intro of the great director’s own TV show, with his silhouette sliding into a cartoon of his jowly profile. We also have the chance to spot him nearly everywhere else in his body of work since he appears—as a bystander or as some form of comic relief—in 37 of his films: from 1927’s The Lodger to 1976’s Family Plot. In this last cameo, as you can see below, he appears again in silhouette. 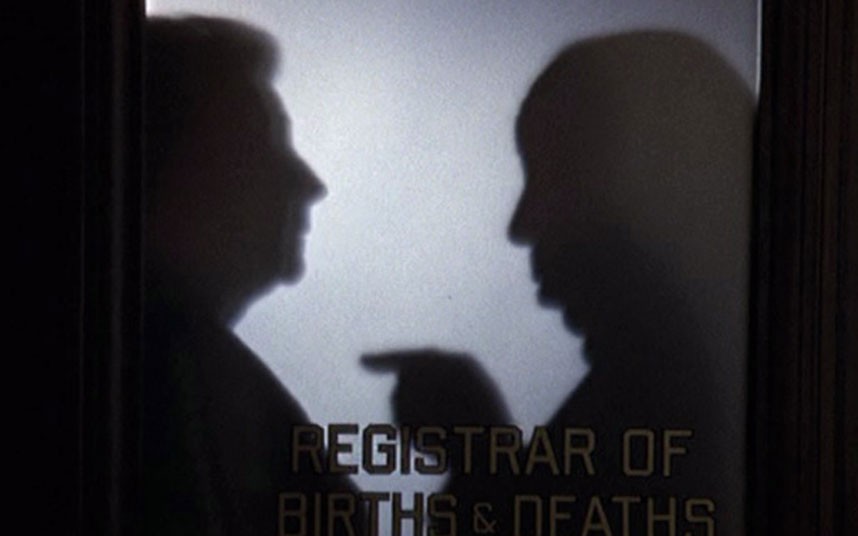 At the top of the post, you can watch a supercut of all 37 of these cameos. And see a complete list, with descriptions, at Wikipedia. AMC’s Tim Dirks tells us of “two recurring themes” in Hitchcock’s film appearances: “(1) Hitchcock often carried a musical instrument, and (2) Hitchcock often used public transportation (buses, trains, etc.), and was seen as a casual passer-by in the crowd in the public place (train stations, at an airport, etc.). Most of the cameos appeared early in the film, and often there was a bit of mild humor in the appearance.” Though they may seem narcissistic, Hitchcock promised the cameos were for the sake of his fans, who certainly appreciated the recurring trademark. “I always give a little thought to my appearances,” said the director in a 1966 interview, “and come on as early as possible—don’t want to hold them in suspense!” 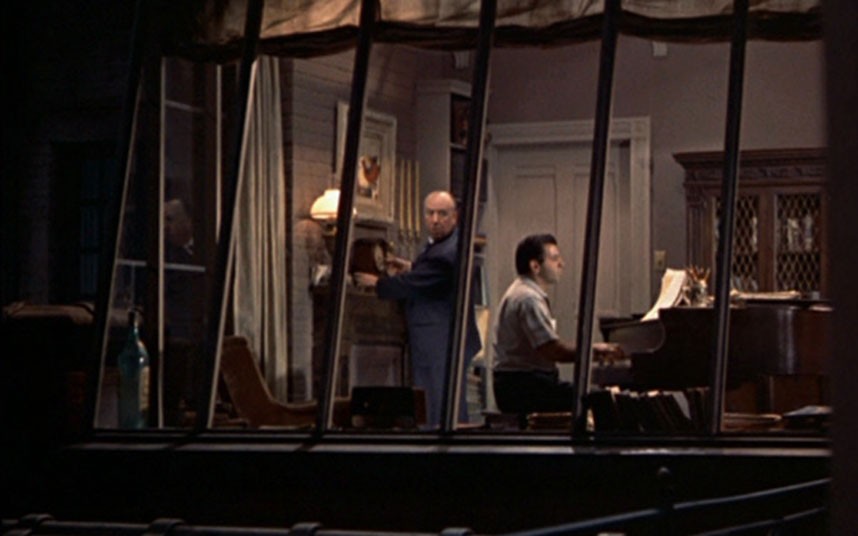 The Hitchcock cameos began by accident, writes MysteryNet, when, “short an actor in one of his first films, Hitchcock took it upon himself to play the small part.” In this movie, The Lodger (watch it online), Hitchcock actually appears twice—as a newsroom clerk and again later in a crowd. He would make two appearances in three more films: Suspicion, Rope, and Under Capricorn. Most of his cameos are very brief, some shot at a distance, and others with his back to the camera. To spot Hitchcock in your favorite of his films [you can watch 23 for free in our collection of Free Hitchcock films], see AMC’s complete list, which features thumbnails and approximations of how many minutes into the film he appears. Also don’t miss The Telegraph’s comprehensive gallery of stills of Hitchcock’s cameos, like that of his Rear Window appearance above.