New York City lost some of its charm this weekend, with the news that Bill Cunningham, the Times’ beloved, on-the-street fashion photographer, had passed away at the age of 87.

Much has been made over the fact that he was designated a living landmark by the New York Landmarks Conservancy. It’s an honor he earned, hitting the streets daily in his usual mufti of khakis, sneakers, and bleu de travail cotton jacket to hunt his quarry by bicycle, but one could never accuse him of courting it.

His employer frequently sent him to cover the elite, but he had no interest in joining their ranks, despite his own growing celebrity. His “Evening Hours” column documented the dressed up doings on the “party circuit.” (This living New York landmark never shook his Boston accent, one of the chief delights of his weekly video series for the Times.) A recent installment suggests that shooting the likes of actress Nicole Kidman and Vogue Editor-in-Chief Anna Wintour during tony private functions at MoMA and the Metropolitan Museum of Art (“aht”) was far less exciting than encountering colorfully clad Himalayan dancers and a children’s craft table at an entirely free Sunday afternoon street fair sponsored by the Rubin Museum of Art.

…he didn’t give a fk about who was famous or not. I once met Bill Murray in the lobby of the old New York Times building. He’d shown up to see if he could track down a photo of him and his then-wife that Bill had shot. I brought one Bill to the other, but Bill (Cunningham) was out on the streets with his blue jacket, white bike and camera. When he returned, I explained how I’d come to take Bill Murray under my wing to help him track down this photo. Bill had no idea who Bill Murray was and not unkindly told me (that) none of his photos were digital, so it would involve him personally digging through old files and he didn’t have time. I admired that he knew his priorities and never strayed from his task. I had been eager to get Bill Murray the thing he’d wanted and would have combed though vast files myself… but I never looked. Bill Cunningham’s files were impenetrable to an outsider.

One likes to think that Murray, who’s known for using his fame as his ticket to hang with ordinary mortals, would find much to love about that.

In fact, Murray strikes me as the perfect candidate to play Cunningham in a biopic covering the six decades spent living and working in a studio over Carnegie Hall. As far as I know, Bill Cunningham New York, a feature length documentary, is the only time his story has been captured on the silver screen. How can it be that no one has thought to make a movie centered on the lost bohemian period Cunningham recalls so fondly in the slideshow above? It sounds like an American spin on the Lost Generation—sneaking down to the unlocked stage for photographer Editta Sherman’s impromptu amateur performances of The Dying Swan, an elderly circus performer and her dog roaming the halls on a unicycle, someone always in a state of undress…

Perhaps Murray’s frequent collaborator, Wes Anderson, could be enlisted to set these wheels in motion. The colorful cast of characters seem tailor-made for this director, already a fashion world favorite.

Prior to acquiring an Olympus Pen D half-frame camera from a friend in 1966, Cunningham worked as a milliner. Marilyn Monroe used to crack herself up, trying them on in between classes at the Actor’s Studio. The wife of a Carnegie Hall neighbor and Cunningham’s boss, fashion photographer Ray Solowinski, served as his model. After he was established as a fashion expert in his own right, Cunningham admitted that his designs were “a little too exotic – you know, for normal people”. 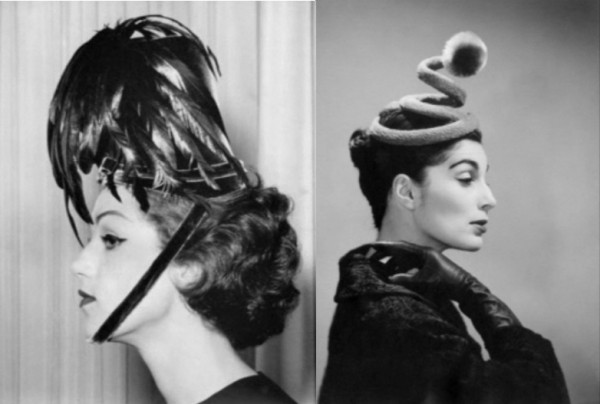