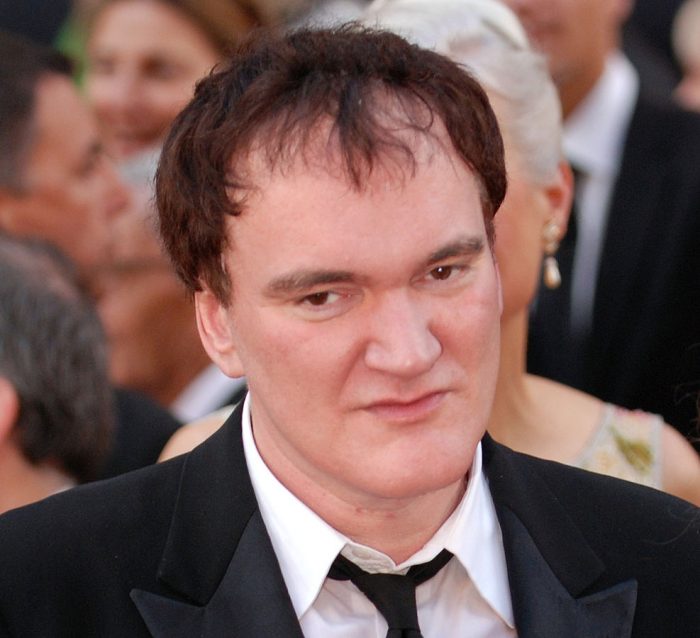 Earlier this week we told you about this 326-track, 20-hour playlist of music from the films of Martin Scorsese. One of the masters of juxtaposing song with image, Scorsese paved the way for another director with a fine record collection, Quentin Tarantino. And what do you know? There’s a similar Spotify playlist that you can enjoy featuring 100 tracks and running five hours. (If you need Spotify’s software, download it here.)

Tarantino might be more of a music geek, but he just hasn’t made as many films as Scorsese. However, if you came of cineaste age during the 1990s, dollars to donuts you had a CD of the Pulp Fiction soundtrack in your collection. Just like Tarantino resuscitated John Travolta’s career, he took an obscure single–a cover of a Turkish-Arabic-Egyptian melody called “Misirlou” by a once-popular surf guitarist–and made it not just the opening track, but the sound of 1980s filmmaking being shot and stuffed in a trunk. (And guitarist Dick Dale got to have a second career from it.) The soundtrack made surf instrumentals popular again, Urge Overkill relevant, Neil Diamond cool, and inserted a Statler Brothers’ song into the collections of thousands of people who wouldn’t touch country with a ten foot pole.

Prior to this, Reservoir Dogs used both “Little Green Bag” by George Baker and “Stuck in the Middle with You” by Stealers Wheel to great effect, and the soundtrack included the narcoleptic DJ patter by comedian Steven Wright, but it was just an appetizer for the full Pulp Fiction meal.

After that, there’s still flashes of brilliance–Jackie Brown is a safe but excellent collection of mostly ‘70s soul–but the soundtracks by themselves don’t stand up as cultural objects in the post-CD era. Instead, there’s moments like the 5.6.7.8’s “Woo Hoo” and Tomoyasu Hotei’s “Battle without Honor or Humanity” from Kill Bill, and the goosebump-inducing use of David Bowie’s “Cat People” in an otherwise period centric, WWII-set Inglourious Basterds.

In later films, he’s become more of a curator of Ennio Morricone works and other composers of the films he loves, and less of a pop magpie. But then, his films have darkened and deepened, and his soundtrack vinyl collection–which he has collected since a kid–just continues to grow.
In an interview with Billboard magazine, he mentioned how integral his record collection is to his filmmaking process.

I am always looking for some cool song that I could use as a big set piece. I’ll finish work and I’ll go into my record room and I’ll put on some song, and literally, I can see it on the screen. I can project myself into a movie theater and I’m watching the scene onscreen and I’m hearing the music and I’m imagining an audience: either an audience of people I know who are digging it or an audience of people I don’t know who are digging it — they’re always digging it. (laughs) And it keeps reminding me that I’m making a movie.

And Tarantino usually gets the rights to use whatever he pleases because of his fame and the Quentin-bump he gives the artists: “It’s actually quite easy to get the rights now, because I’ll use music that some people haven’t heard that much before,” he says in the same interview. “Then after my movie comes out, it seems like every commercial in the world buys it. They can double or triple and quadruple their income just by the exposure the movie gets it.”

Dive into this playlist and let us know any specific gems you find.

Jim Jarmusch: The Art of the Music in His Films

Hear a Playlist of the 336 Songs Mentioned in Bruce Springsteen’s New Memoir, Born to Run

Quentin Tarantino Explains The Art of the Music in His Films