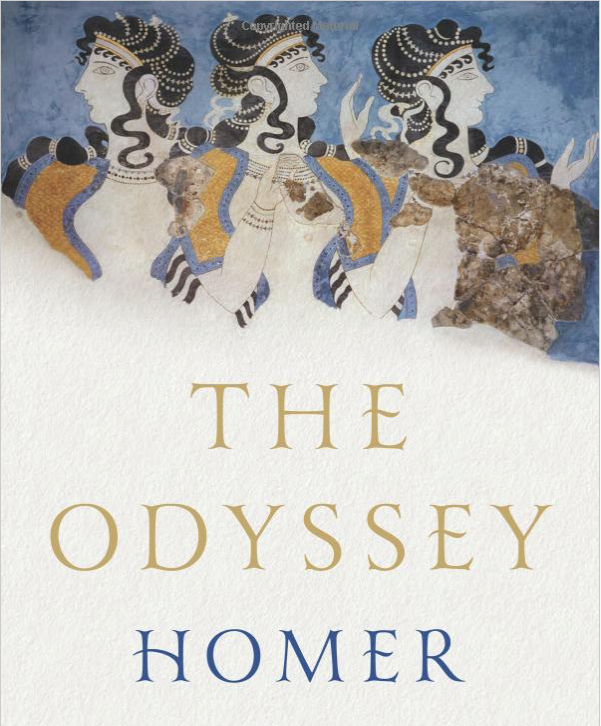 The list of English translators of Homer’s Odyssey includes an illustrious bunch of names every student of literature knows: Thomas Hobbes, Alexander Pope, William Cowper, Samuel Butler, T.E. Lawrence, Robert Fitzgerald, Robert Fagles…. Should you look further into the history of Homeric translation, you might notice one thing immediately. All of Homer’s translators, to a man, have been men. None have, presumably, approached the text from a woman’s point of view.

But what would that entail? Perhaps a certain critical distance, suspicion even—an unwillingness to readily identify with or admire the hero or credit the tales of his exploits at their supposed value. As Margaret Atwood writes in the introduction to The Penelopiad—her reimagining of the tale from Penelope’s perspective—“The story as told in The Odyssey doesn’t hold water: there are too many inconsistencies.”

Atwood is not a translator. Prolific poet and scholar Anne Carson, on the other hand, has published acclaimed translations of Sappho, Euripides, and Aeschylus. Of the art, she writes, “Silence is as important as words in the practice and study of translation.” Though Carson calls the observation “cliché,” the experience of another rare female classics translator in a field overcrowded with men bears out the importance of silence in a personal way.

Classicist Emily Wilson has made the first translation of The Odyssey by a woman. Her version, writes Wyatt Mason at The New York Times, approaches the text afresh, apart from the chattering conversations between hundreds of years of previous attempts. “Wilson has made small but, it turns out, radical changes to the way many key scenes of the epic are presented,” notes Mason. This translation is a corrective, she believes, of a text that “has through translation accumulated distortions that affect the way even scholars who read Greek discuss the original.”

Confronting silence is a theme of Wilson’s interview with Mason about her new translation. From a family of accomplished scholars, most notably her father, novelist and critic A.N. Wilson, she remembers her childhood as “a lot of silence… As a kid I was just aware of unhappiness, and aware of these things that weren’t ever being articulated.” She gravitated toward classics because of shyness and fear of mispronouncing living languages. “You don’t have to have beautiful Latin pronunciation,” she says. “It took away a whole level of shame.”

Greek tragedy appealed to Wilson because of its tumultuous irruption into the silence and shame of repressed emotion: “I had a childhood where it was very hard to name feelings, and just the fact that tragedy as a genre is very good at naming feelings. It’s all going to be talked out. I love that about it.” Her attention to emotional nuance as much as to action, concept, and image in part inspires her careful, independent approach to the language of the text. As a salient example, Wilson discusses the word polytropos, used as the first description we get of the poem’s hero.

The prefix poly… means “many” or “multiple.” Tropos means “turn.” “Many” or “multiple” could suggest that he’s much turned, as if he is the one who has been put in the situation of having been to Troy, and back, and all around, gods and goddesses and monsters turning him off the straight course that, ideally, he’d like to be on. Or, it could be that he’s this untrustworthy kind of guy who is always going to get out of any situation by turning it to his advantage. It could be that he’s the turner.

Mason surveys the many renderings of the word by some of Wilson’s “60 some predecessors.” Though these translations display “quite a range,” they also tend toward similarly flattering interpretations of Odysseus as “the turner.” He’s “prudent,” “for wisdom’s various arts renown’d,” “for shrewdness famed/And genius versatile,” “crafty,” “much-versed,” “deep,” “sagacious,” “ingenious,” “so wary and wise,” “clever,” and—in Stanley Lombardo’s translation—“cunning.”

Contrast these many superlatives with Wilson’s opening lines (many more of which you can read at the Paris Review):

Tell me about a complicated man.
Muse, tell me how he wandered and was lost
when he had wrecked the holy town of Troy,
and where he went, and who he met, the pain
he suffered in the storms at sea, and how
he worked to save his life and bring his men
back home. He failed to keep them safe; poor fools,
they ate the Sun God’s cattle, and the god
kept them from home. Now goddess, child of Zeus,
tell the old story for our modern times.
Find the beginning.

The silence in Wilson’s approach here is of the “metaphysical” variety—as Carson puts it—where “intentions are harder to define.” It is a refusal to make hasty appraisals or assume singular design or agency. “What gets us to ‘complicated,’” she says, “is both that I think it has some hint of the original ambivalence and ambiguity… and hints at ‘There might be a problem with him.’” We will learn about his turning and his being turned, and we must make up our own minds about what sort of person he is. The word also resonates strongly with contemporary usage. “I wanted it to feel like an idiomatic thing,” says Wilson, “that you might say about somebody: that he is complicated.” It is, she admits, “a flag. It says, ‘Guess what?—this is different.'”

Complicated: from a certain point of view, we might say this about everybody, which adds a modern layer of anxious, and very human, universalism to the description of the poem’s hero, so often cast as a heroic trickster archetype. Wilson expects pushback for her refusal to adhere to what she calls the “boys’ club” of classical translation shibboleths, many passed down from Matthew Arnold’s criteria in his 1860 lectures “On Translating Homer.” These criteria, she says, are about “noblesse oblige… you’re going to be the kind of gentlemen who’s going to have gone to Rugby and that will be the kind of language that we speak… It’s describing a boys’ club.”

Her observations turn the gaze back upon the lineage of male translators, examining how gender, as well as class and nationality, features in the way they used language. “I do think that gender matters,” she says, “and I’m not going to not say it’s something I’m grappling with.” But gender is only one part of the complicated identity of any translator. Wilson describes her approach as “trying to take this task and this process of responding to this text and creating this text extremely seriously, with whatever I have, linguistically, sonically, emotionally.” You may appreciate the results yourself—either enjoying them afresh or comparing them to previous translations you’ve loved, liked, or loathed—by purchasing a copy Wilson’s Odyssey starting today.