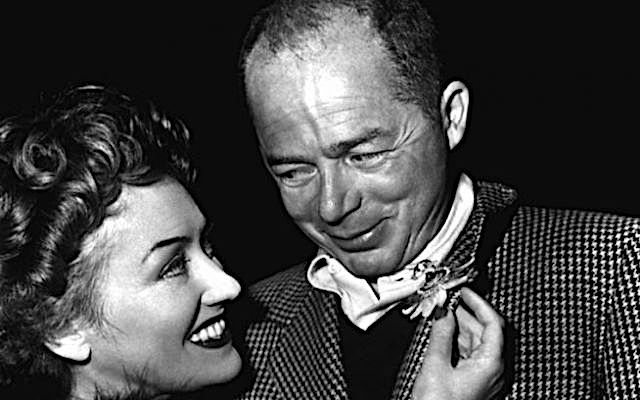 There’s an old story — Orson Welles called it “the greatest Hollywood one-liner ever made” — that when someone attending the 1958 funeral of Harry Cohn, the fearsome president of Columbia Pictures, asked how it was possible that such a huge crowd would show up for Cohn’s funeral, Billy Wilder quipped: “Well, give the people what they want.”

The story is almost certainly apocryphal. The line may have been spoken by someone else, at a different Hollywood mogul’s funeral. But the fact that it is so often attributed to Wilder says something about his reputation as a man with a razor-sharp wit and a firm grasp of the imperatives of popular movie-making. In films like Sunset Boulevard, Some Like it Hot, Double Indemnity and Sabrina, Wilder used his formidable craft as a director to tell stories in a clear and efficient way. It was an ethic he picked up as a screenwriter.

Wilder was 90 years old when the young director Cameron Crowe approached him in 1996 about playing a small role in Jerry Maguire. Wilder said no, but the two men formed a friendship. Over the next several years they talked extensively about filmmaking, and in 1999 Crowe published Conversations with Wilder. One of the book’s highlights is a list of ten screenwriting tips by Wilder. “I know a lot of people that have already Xeroxed that list and put it by their typewriter,” Crowe said in a 1999 NPR interview. “And, you know, there’s no better film school really than listening to what Billy Wilder says.”

1: The audience is fickle.
2: Grab ’em by the throat and never let ’em go.
3: Develop a clean line of action for your leading character.
4: Know where you’re going.
5: The more subtle and elegant you are in hiding your plot points, the better you are as a writer.
6: If you have a problem with the third act, the real problem is in the first act.
7: A tip from Lubitsch: Let the audience add up two plus two. They’ll love you forever.
8: In doing voice-overs, be careful not to describe what the audience already sees. Add to what they’re seeing.
9: The event that occurs at the second act curtain triggers the end of the movie.
10: The third act must build, build, build in tempo and action until the last event, and then — that’s it. Don’t hang around.

Note: Readers might also be interested in Wilder’s 1996 Paris Review interview. It’s called The Art of of Screenwriting.

An earlier version of this post appeared on our site in August 2013.