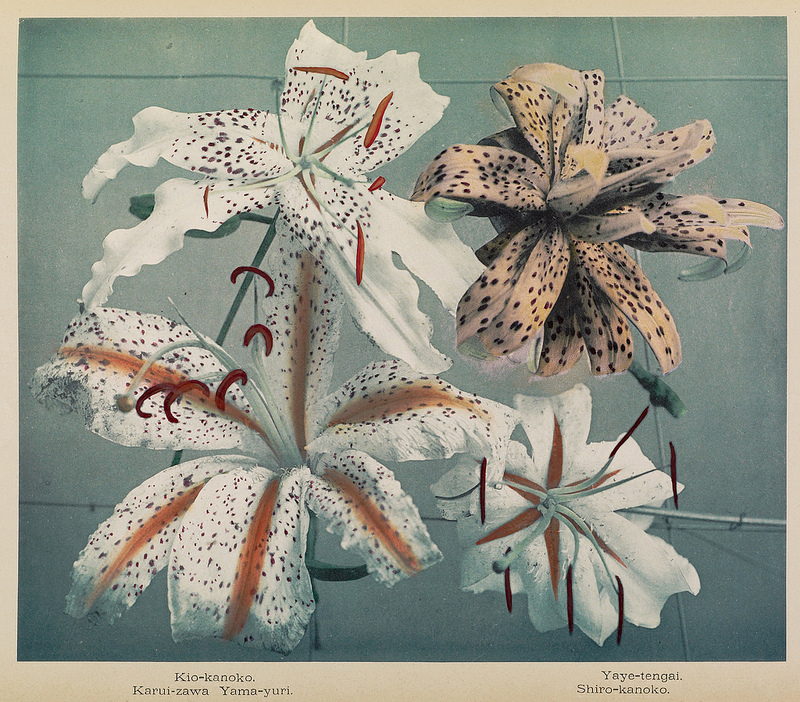 Ogawa Kazumasa lived from the 1860s to almost the 1930s, surely one of the most fascinating 70-year stretches in Japanese history. Ogawa’s homeland “opened” to the world when he was a boy, and for the rest of his life he bore witness to the sometimes beautiful, sometimes strange, sometimes exhilarating results of a once-isolated culture assimilating seemingly everything foreign — art, technology, customs — all at once. Naturally he picked up a camera to document it all, and history now remembers him as a pioneer of his art. 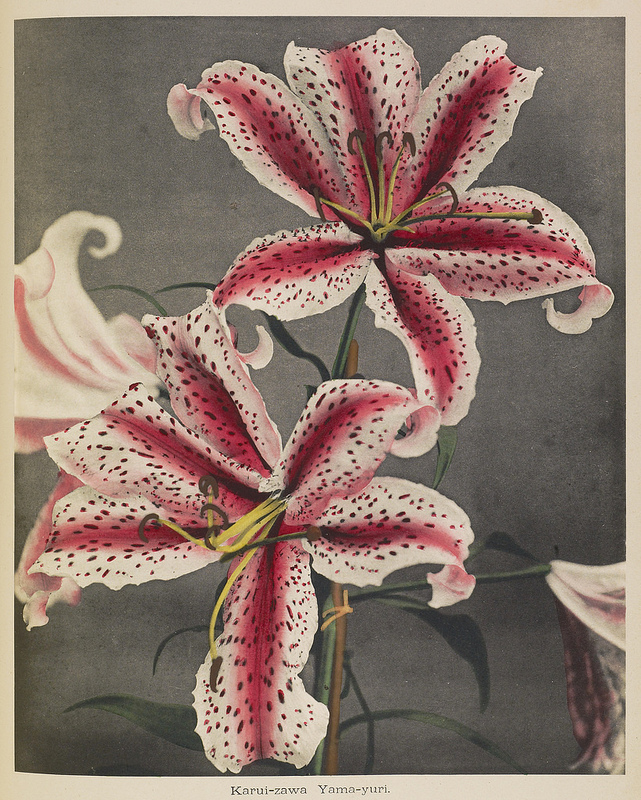 At the Getty’s web site you can see a few examples of the sort of pictures Ogawa took of Japanese life in the mid-1890s. During that same period he published Some Japanese Flowers, a book containing his pictures of just that.

The following year, Ogawa’s hand-colored photographs of Japanese flowers also appeared in the American books Japan, Described and Illustrated by the Japanese, edited by the renowned Anglo-Irish expatriate Japanese culture scholar Francis Brinkley and published in Boston, the city where Ogawa had spent a couple of years studying portrait photography and processing. 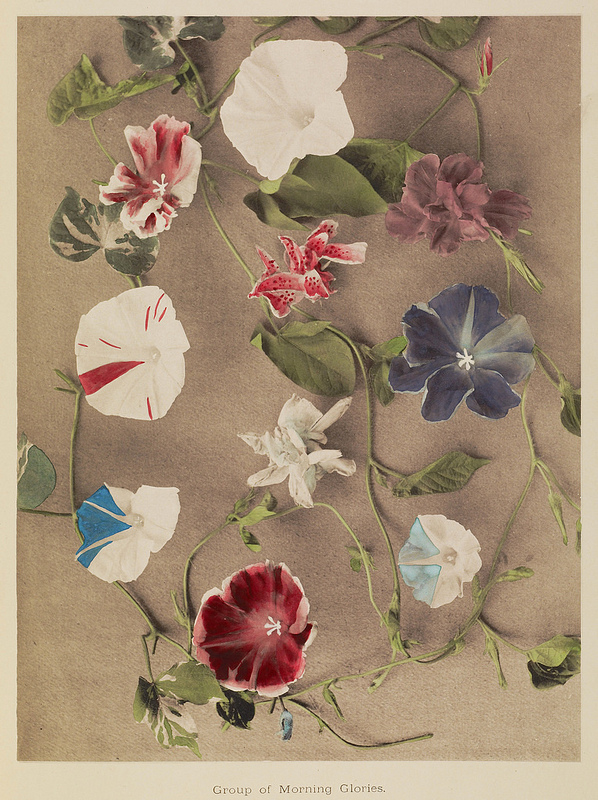 Ogawa’s varied life in Japan included working as an editor at Shashin Shinpō (写真新報), the only photography journal in the country at the time, as well as at the flower magazine Kokka (国華), which would certainly have given him the experience he needed to produce photographic specimens such as these. Though Ogawa invested a great deal in learning and employing the highest photographic technologies, they were the highest photographic technologies of the 1890s, when color photography necessitated adding colors — of particular importance in the case of flowers — after the fact. 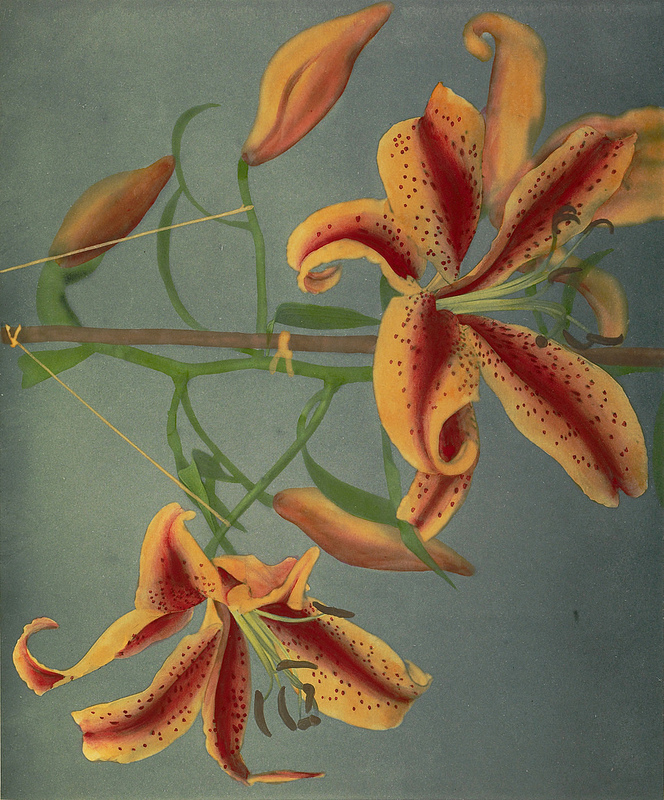 Some Japanese Flowers was re-issued a few years ago, but you can still see 20 striking examples of Ogawa’s flower photography at the Public Domain Review. They’ve also made several of his works available as prints of several different sizes in their online shop, a selection that includes not just his flowers but the Bronze Buddha at Kamakura and a man locked in battle with an octopus as well. Even as everything changed so rapidly all around him, as he mastered the just-as-rapidly developing tools of his craft, Ogawa nevertheless kept his eye for the natural and cultural aspects of his homeland that seemed never to have changed at all. 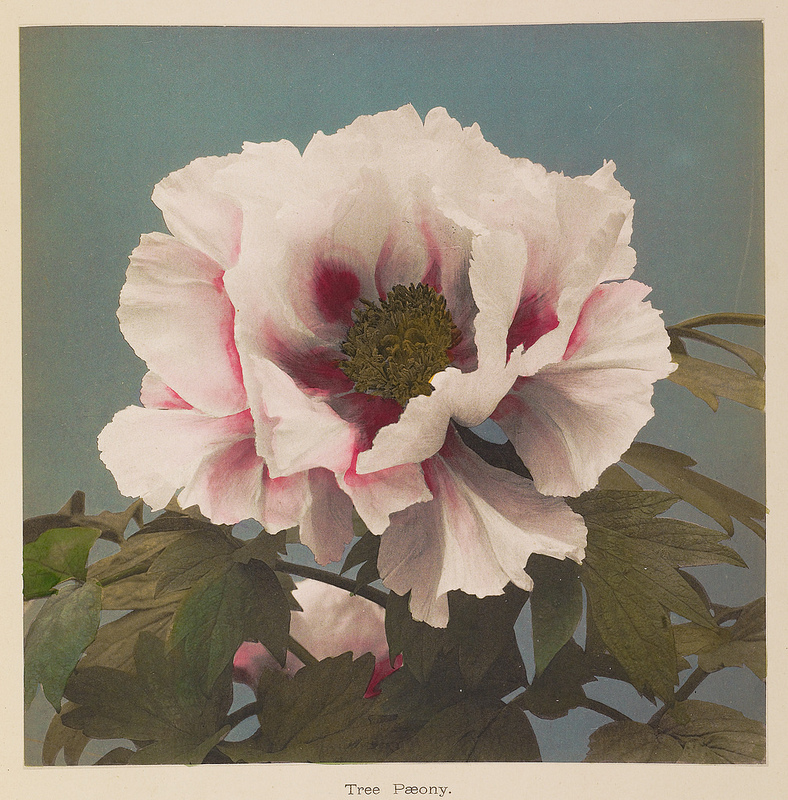