When William Faulkner Set the World Record for Writing the Longest Sentence in Literature: Read the 1,288-Word Sentence from Absalom, Absalom! 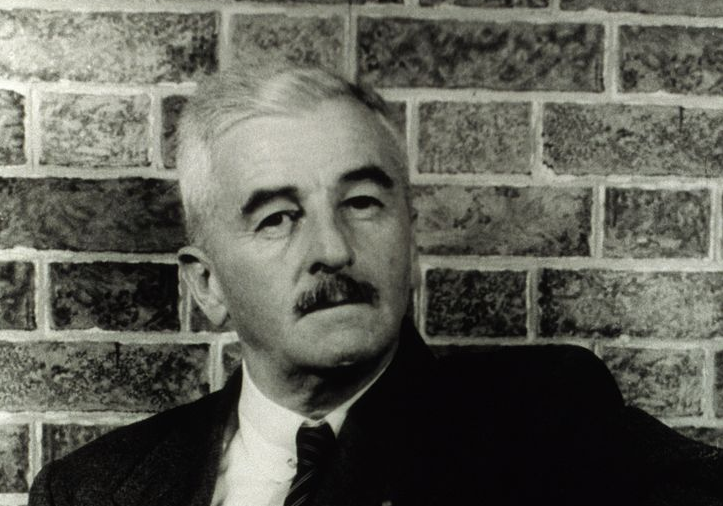 “How did Faulkner pull it off?” is a question many a fledgling writer has asked themselves while struggling through a period of apprenticeship like that novelist John Barth describes in his 1999 talk “My Faulkner.” Barth “reorchestrated” his literary heroes, he says, “in search of my writerly self… downloading my innumerable predecessors as only an insatiable green apprentice can.” Surely a great many writers can relate when Barth says, “it was Faulkner at his most involuted and incantatory who most enchanted me.” For many a writer, the Faulknerian sentence is an irresistible labyrinth. His syntax has a way of weaving itself into the unconscious, emerging as fair to middling imitation.

While studying at Johns Hopkins University, Barth found himself writing about his native Eastern Shore Maryland in a pastiche style of “middle Faulkner and late Joyce.” He may have won some praise from a visiting young William Styron, “but the finished opus didn’t fly—for one thing, because Faulkner intimately knew his Snopses and Compsons and Sartorises, as I did not know my made-up denizens of the Maryland marsh.” The advice to write only what you know may not be worth much as a universal commandment. But studying the way that Faulkner wrote when he turned to the subjects he knew best provides an object lesson on how powerful a literary resource intimacy can be.

Not only does Faulkner’s deep affiliation with his characters’ inner lives elevate his portraits far above the level of local color or regionalist curiosity, but it animates his sentences, makes them constantly move and breathe. No matter how long and twisted they get, they do not wilt, wither, or drag; they run river-like, turning around in asides, outraging themselves and doubling and tripling back. Faulkner’s intimacy is not earnestness, it is the uncanny feeling of a raw encounter with a nerve center lighting up with information, all of it seemingly critically important.

It is the extraordinary sensory quality of his prose that enabled Faulkner to get away with writing the longest sentence in literature, at least according to the 1983 Guinness Book of World Records, a passage from Absalom, Absalom! consisting of 1,288 words and who knows how many different kinds of clauses. There are now longer sentences in English writing. Jonathan Coe’s The Rotter’s Club ends with a 33-page long whopper with 13,955 words in it. Entire novels hundreds of pages long have been written in one sentence in other languages. All of Faulkner’s modernist contemporaries, including of course Joyce, Wolff, and Beckett, mastered the use of run-ons, to different effect.

But, for a time, Faulkner took the run-on as far as it could go. He may have had no intention of inspiring postmodern fiction, but one of its best-known novelists, Barth, only found his voice by first writing a “heavily Faulknerian marsh-opera.” Many hundreds of experimental writers have had almost identical experiences trying to exorcise the Oxford, Mississippi modernist’s voice from their prose. Read that onetime longest sentence in literature, all 1,288 words of it, below.