Want to feel more alive in the world?

Get back in touch with your inner four-year-old artist, using methods put forward by artist, educator, and g*ddamn national treasure Lynda Barry.

Making Comics, the latest book from the University of Wisconsin associate professor, MacArthur Genius, and Omega Institute faculty member, bypasses standardized professional skills such as inking, storyboarding, and lettering, in order to foment a deeper emotional connection between cartoonist and comic.

First things first, you can draw. Stop saying you can’t. You can.

Stop saying your drawings look like they were made by a four-year-old.

In Barry’s experience, the unfettered drawings of four-year-old artists are something to aim for.

As author and comics historian Chris Gavaler notes in his Pop Matters review:

Making Comics is a love letter to every child who ever picked up a crayon and started making marks with unselfconscious intensity. Those children include her college students. Like her readers, some arrive at class with artistic training and some arrive with none at all. The latter arrive having long forgotten the uninhibited style of image-making they understood instinctively as children. Finding each of those children is Barry’s mission, and she is very very good at it.

Barry, who is childless, is keenly attuned to the sort of playful assignments that hold immediate appeal for children of all ages.

And she doles out instructions on a need to know basis, disarming the self-doubt and excuse-making that plague adult students who are presented with the big picture too early in the process. 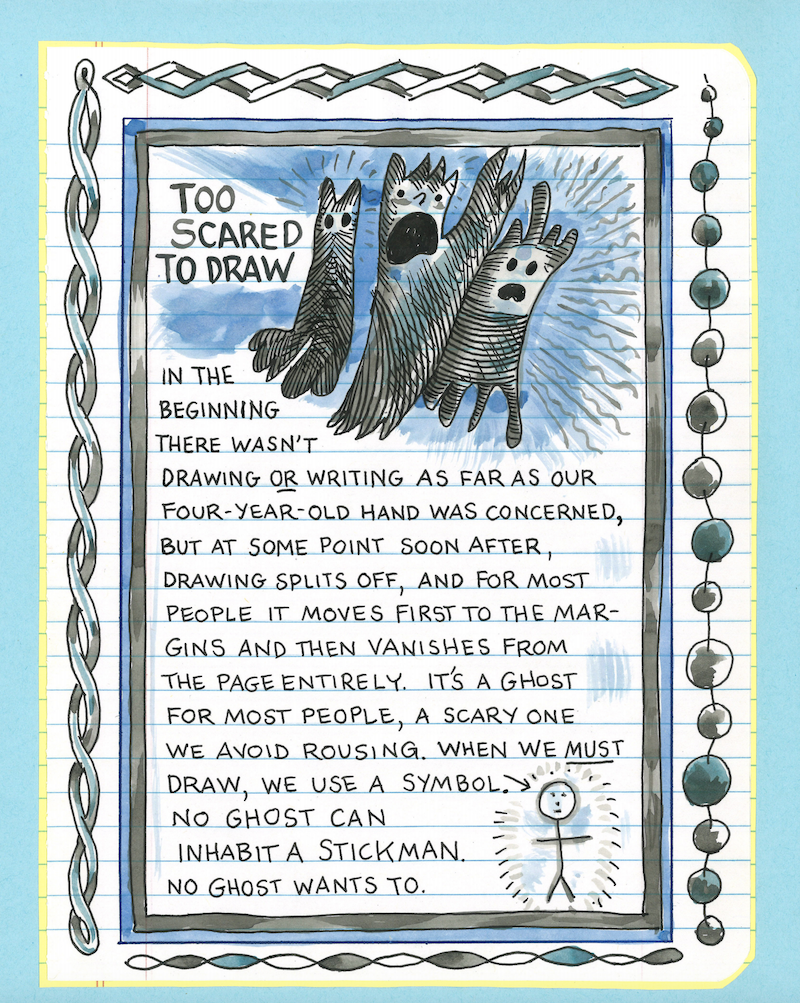 In Making Comics, exercises include drawing with eyes closed, drawing with the non-dominant hand, two-handed drawing, simultaneous partner drawing, Exquisite Corpse, and transforming scribbles and coffee stains by teasing out whatever image they may suggest.

Barry also conveys precise instructions with regard to speed and materials, knowing that those can close as many windows as they open. 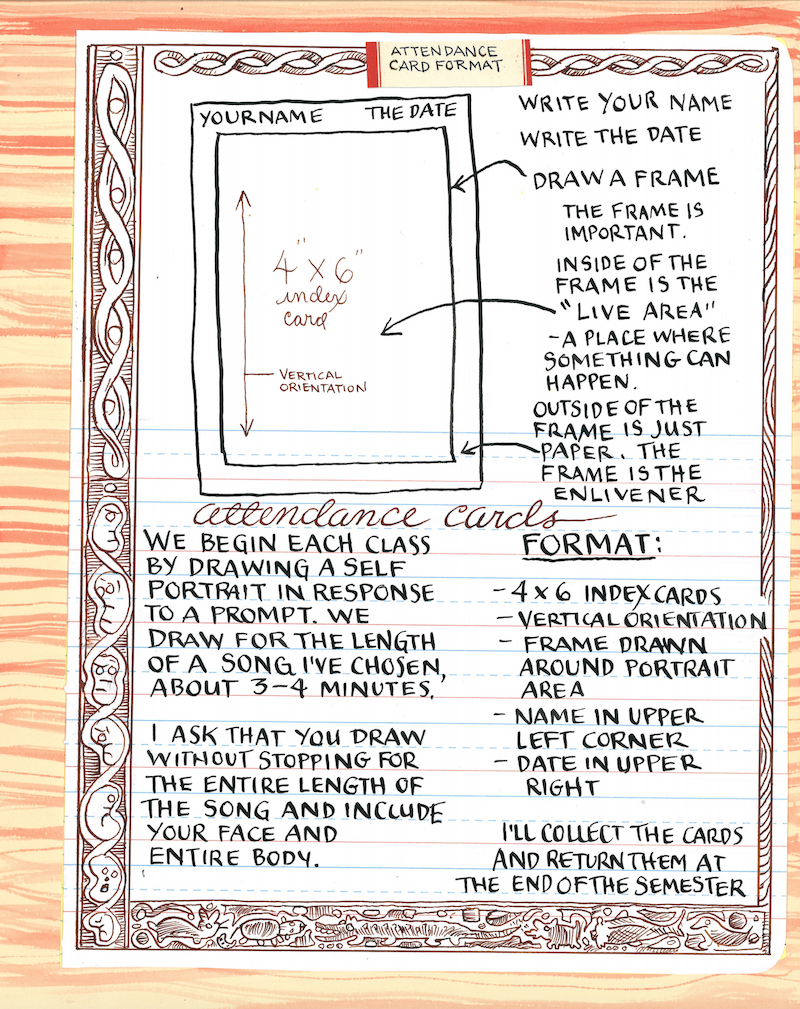 She’s battling the stifling impulse toward perfection, the impossible standards that cause so many to turn away from making pictures and stories as they mature.

Don’t sweat it! More rock, less talk! Unleash the monsters of your id! Invite unforeseen ghosts into the frame!

….there are two working languages in human life. One is sort of top of the mind, what we’re conscious of. The other is this unconscious stuff that we might not know about or have access to. The way we access it is usually through this thing we call ‘the arts.’ Unfortunately, that has gotten removed from the regular daily experience of human life. What I’m trying to do is to show that there is a way that they can come together, and that you can make things in a way that makes you actually feel alive and present.

Video at the top of the page courtesy of Art Book Walk-throughs & Reviews.

Cartoonist Lynda Barry Teaches You How to Draw