Pandemic Literature: A Meta-List of the Books You Should Read in Coronavirus Quarantine 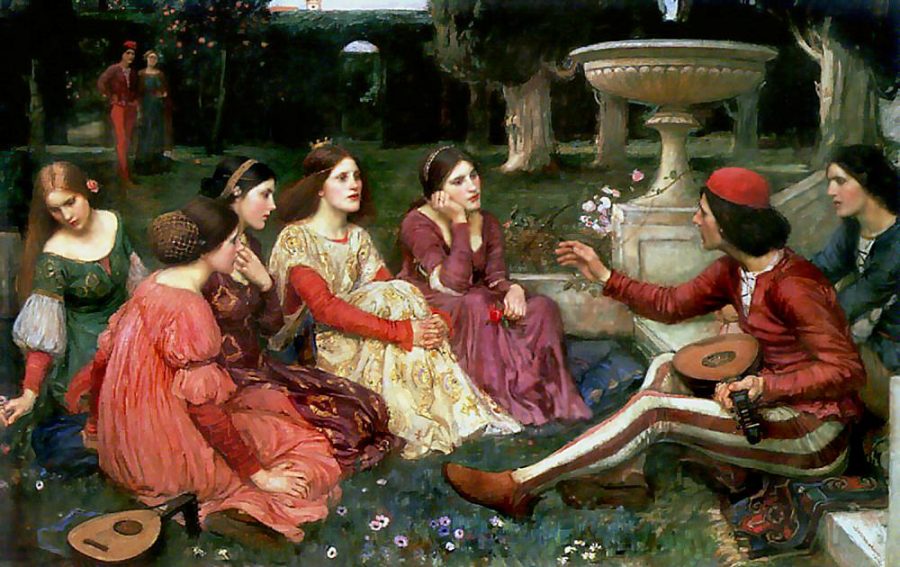 Describing conditions characteristic of life in the early 21st century, future historians may well point to such epidemic viral illnesses as SARS, MERS, and the now-rampaging COVID-19. But those focused on culture will also have their pick of much more benign recurring phenomena to explain: topical book lists, for instance, which crop up in the 21st-century press at the faintest prompting by current events. As the coronavirus has spread through the English-speaking world over the past month, pandemic-themed reading lists have appeared in all manner of outlets: Time, PBS, the Hollywood Reporter, the Guardian, the Globe and Mail, Haaretz, Vulture, Electric Literature, and others besides.

As mankind’s oldest deadly foe, disease has provided themes to literature since literature’s very invention. In the European canon, no such work is more venerable than The Decameron, written by Renaissance humanist Giovanni Boccaccio in the late 1340s and early 1350s. “His protagonists, seven women and three men, retreat to a villa outside Florence to avoid the pandemic,” writes The Guardian‘s Lois Beckett, referring to the bubonic plague, or “Black Death,” that ravaged Europe in the mid-14th century. “There, isolated for two weeks, they pass the time by telling each other stories” — and “lively, bizarre, and often very filthy stories” at that — “with a different theme for each day.”

A later outbreak of the bubonic plague in London inspired Robinson Crusoe author Daniel Defoe to write the A Journal of the Plague Year. “Set in 1655 and published in 1722, the novel was likely based, in part, on the journals of the author’s uncle,” writes the Globe and Mail‘s Alec Scott. Defoe’s diarist “speaks of bodies piling up in mass graves, of sudden deaths and unlikely recoveries from the brink, and also blames those from elsewhere for the outbreak.” A Journal of the Plague Year appears on these reading lists as often as Albert Camus’ The Plague, previously featured here on Open Culture. “Camus’ famous work about the inhabitants of an Algerian town who are stricken by the bubonic plague was published back in 1947,” writes PBS’ Courtney Vinopal, “but it has struck a chord with readers today living through the coronavirus.”

Of novels published in the past decade, none has been selected as a must-read in coronavirus quarantine as often as Emily St. John Mandel’s Station Eleven. “After a swine flu pandemic wipes out most of the world’s population, a group of musicians and actors travel around newly formed settlements to keep their art alive,” says Time. “Mandel showcases the impact of the pandemic on all of their lives,” weaving together “characters’ perspectives from across the planet and over several decades to explore how humanity can fall apart and then, somehow, come back together.” Ling Ma’s darkly satirical Severance also makes a strong showing: Electric Literature describes it as “a pandemic-zombie-dystopian-novel, but it’s also a relatable millennial coming-of-age story and an intelligent critique of exploitative capitalism, mindless consumerism, and the drudgery of bullshit jobs.”

Since a well-balanced reading diet (and those of us stuck at home for weeks on end have given much thought to balanced diets) requires both fiction and nonfiction, several of these lists also include works of scholarship, history, and journalism on the real epidemics that have inspired all this literature. Take Richard Preston’s bestseller The Hot Zone: The Terrifying True Story of the Origins of the Ebola Virus, which Gregory Eaves at Medium calls “a hair-raising account of the appearance of rare and lethal viruses and their ‘crashes’ into the human race.” For an episode of history more comparable to the coronavirus, there’s John M. Barry’s The Great Influenza: The Story of the Deadliest Pandemic in History, “a tale of triumph amid tragedy, which provides us with a precise and sobering model as we confront the epidemics looming on our own horizon.”

Below you’ll find a meta-list of all the novels and nonfiction books included on the reading lists linked above. As for the books themselves — libraries and bookstores being a bit difficult to access in many parts of the world at the moment — you might check for them in our collection of books free online, the temporarily opened National Emergency Library at the Internet Archive, and our recent post on classic works of plague literature available to download. However you find these books, happy reading — or, more to the point, healthy reading.