Patti Smith’s Self Portraits: Another Side of the Prolific Artist 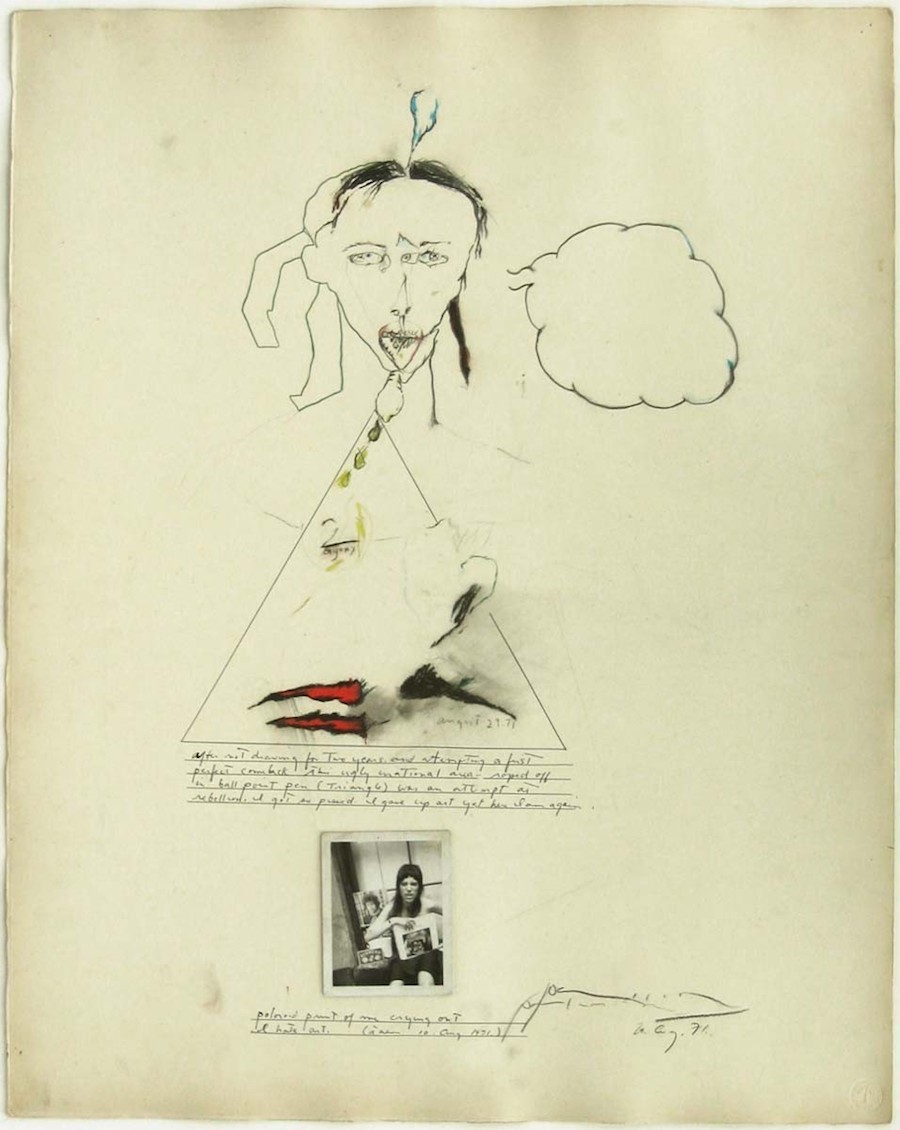 Young artists can understandably feel hesitant about trying new things. It’s hard enough to compete as a musician, for example. Why try to publish poetry or make visual art, too? Older, more established artists who branch out often have trouble being taken seriously in other fields. Patti Smith—poet, singer, memoirist, photographer, visual artist—has never seemed to suffer in either regard. “Her artwork has been exhibited everywhere from New York to Munich,” notes Dangerous Minds, “and in 2008 a large retrospective of Smith’s artwork (produced between 1967 and 2007) was shown at the Foundation Cartier pour l’Art Contemporain in Paris.”

Smith “isn’t an artist who is easily categorized,” writes curator John Smith. “She moves fluidly…. Her work and her career defy the traditional boundaries of both the art and music worlds. To understand Smith’s work is to understand the organic quality of what she does.”

Her productions are all of a piece, developing together, in community with other artists. “Many of my drawings,” she says, “are the results of merging calligraphy with geometric planes, poetry and mathematics.” 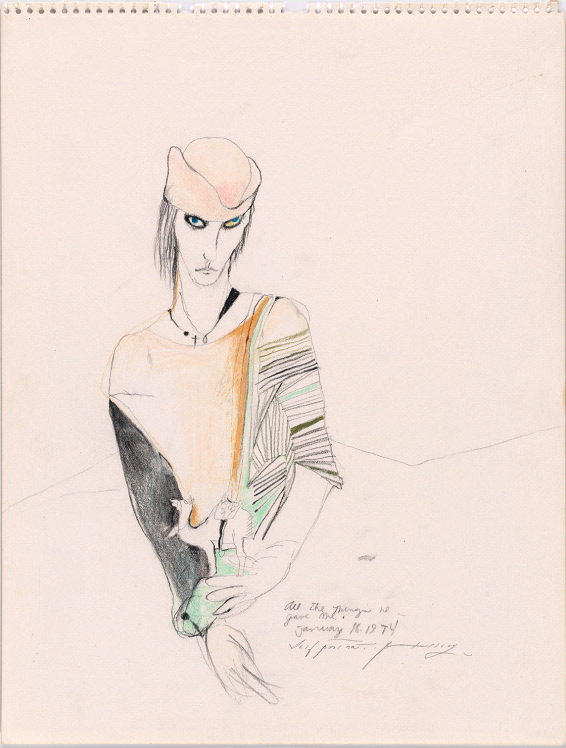 There’s also the influence of Robert Mapplethorpe, who encouraged Smith in her early twenties when the two famously lived together as starving artists in New York.

Often I’d sit and try to write or draw, but all of the manic activity in the streets, coupled with the Vietnam War, made my efforts seem meaningless. […] Robert had little patience with these introspective bouts of mine. He never seemed to question his artistic drives, and by his example, I understood that what matters is the work: the string of words propelled by God becoming a poem, the weave of color and graphite scrawled upon the sheet that magnifies His motion. To achieve within the work a perfect balance of faith and execution. From this state of mind comes a light, life-charged.

If you have trouble attaining that state of mind, consider heeding the advice Smith got from William S. Burroughs. In a nutshell: do what you want, and don’t worry about what others want. 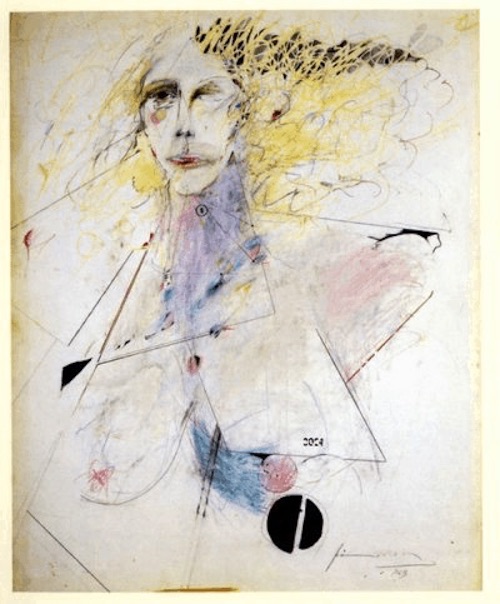 But self-doubt is real. On one self-portrait from 1971, at the top, she writes, “I got pissed. I gave up art yet here I am again.” Smith’s method for overcoming these common feelings —one that emerges as a theme in her memoir Just Kids—might be summarized as: imagine yourself in the company of the artists you and admire and make art in conversation with them. Or as she puts it:

You look at a Pollock, and it can’t give you the tools to do a painting like that yourself, but in doing the work, Pollock shares with you the moment of creative impulse that drove him to do that work. And that continuous exchange—whether it’s with a rock and roll song where you’re communing with Bo Diddley or Little Richard, or it’s with a painting, where you’re communing with Rembrandt or Pollock—is a great thing.

Her many self-portraits show her in conversation with artists like Aubrey Beardsley, in the brooding 1974 drawing further up; Willem de Kooning in the 1969 work above; and maybe Robert Rauschenberg in “Patti Rides Her Coney Island Pony,” from 1969, below. She tried on many different styles, but Smith could also create finely rendered realist portraits, like those of her and Mapplethorpe at the bottom. Her talent is undeniable, but we’d never know it if she hadn’t first taken herself seriously as an artist. 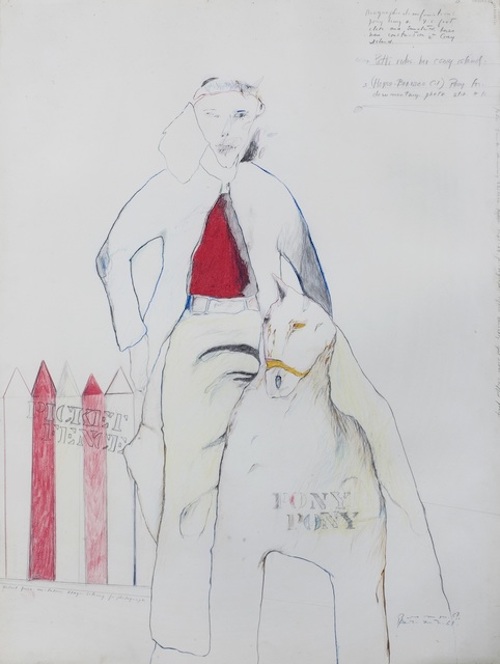 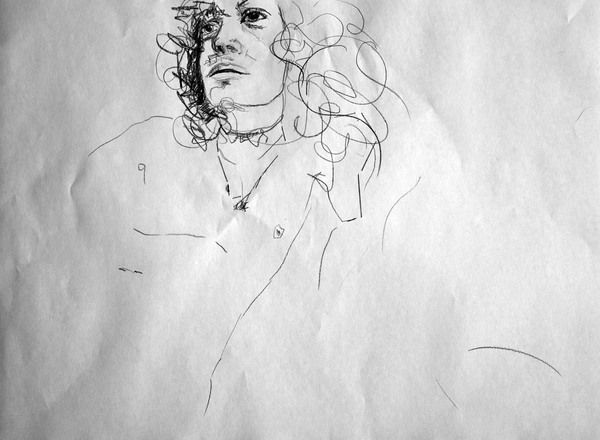 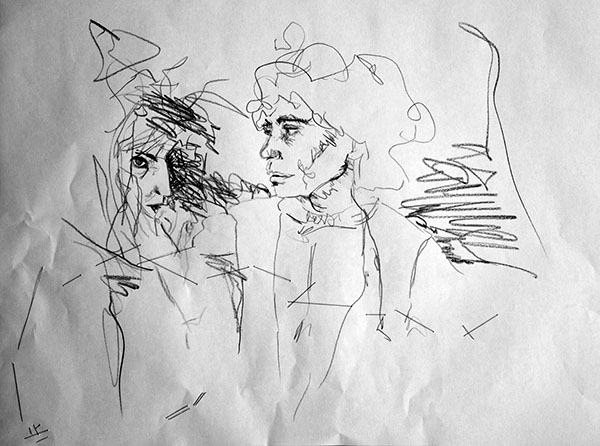 How Patti Smith “Saved” Rock and Roll: A New Video Makes the Case