Essential Reads on Feminism: The New York Public Library Creates a Reading List to Honor the 100th Anniversary of the 19th Amendment 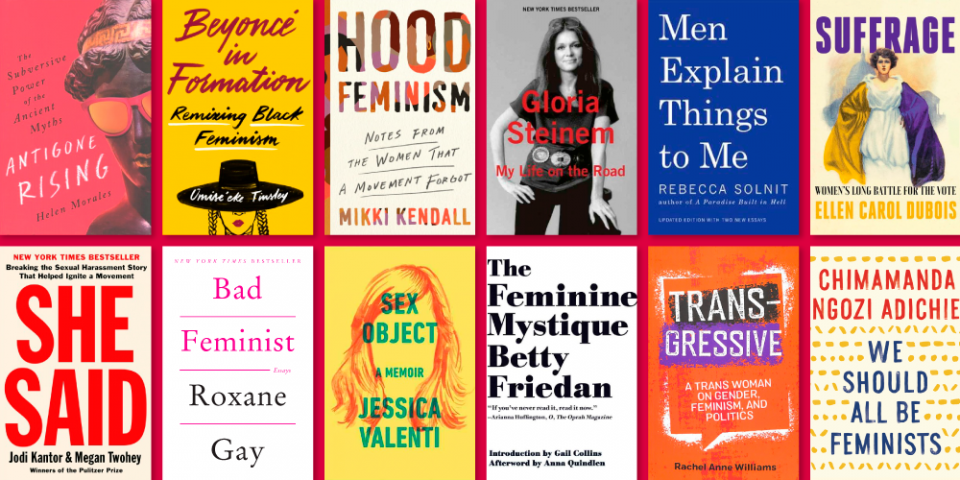 We may all have the best of intentions when we collect and share reading lists. We buy the books, stack them neatly by the chair or bed, then something happens. Like… literally, every day, something happens…. Let’s cut ourselves some slack. We’ll get to those books, or give them away to people who will read them, which is also a good thing to do.

But even if we can’t keep up, reading lists are still essential educational tools, especially for kids, young adults, and their parents and teachers. As we celebrate the centenary of the 19th Amendment (which fell on August 18th) and talk about its many shortcomings, it may be more important than ever to understand the U.S. history that brought us to the current moment.

This is a history in which—whether rights were guaranteed by the constitution or not—people historically denied suffrage have always had to struggle. Each generation of women, but most especially Black, Latinx, Indigenous, and LGBTQ women, must claim or reclaim basic rights, liberties, and protections. More than ever, feminist reading lists reflect the vast differences in collective and personal experience that fall under the label “Feminist.”

To illustrate the continued critical importance of feminist history, theory, and literature, the New York Public Library published reading lists for adults, kids, and teens on the 19th Amendment’s 100th anniversary. These books can help create community and solidarity and inspire deep reflection as kids are pushed back into schools and parents and teachers try to help them cope.

The adult list contains 126 books and includes links to the library catalog or e-Book editions. “The titles bridge the past and present of feminist movements, from Simone de Beauvoir’s The Independent Woman (1949) to Roxane Gay’s Bad Feminist: Essays (2014), and from the earliest manifestos for equality to contemporary writings on intersectionality,” Valentina Di Liscia writes at Hyperallergic.

The lists for kids and teens are of a more manageable length, and “if you’re looking to stock the bookshelves before history class starts this fall,” you can hardly do better than to start with these titles (or just bookmark the lists for now), as Danielle Valente—who helpfully transcribes both lists, below—notes at Time Out New York.

This is, indeed, an excellent place to start. Given younger generations’ levels of engagement with current events, it’s likely your kids or students are already familiar with many of the newer books on the lists.

And if you, yourself, need some less daunting bibliographies to get you started, you might also check out Emily Temple’s “40 New Feminist Classics” list on LitHub or her (shorter and less diverse) “10 Essential Feminist Books” at The Atlantic, or feminist writer Mona Eltahawy’s list of Black feminist books on Twitter, or former NFL player Wade Davis and Cornell English professor Mukoma Wa Ngugi’s lists for “men who care about feminism.”

If there’s any overarching theme to be found among such a vast and ever-expanding canon of feminist literature, it might be summed up best in the title of a recent Angela Davis book on feminist movements around the world: “Freedom is a constant struggle.”