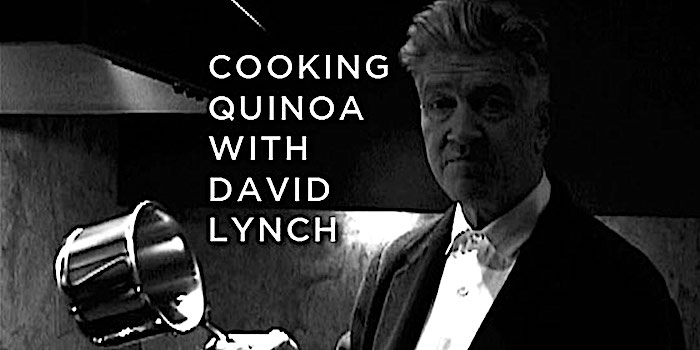 Celebrities (those who are not professional celebrity chefs, that is) release cookbooks at an alarming rate. Do we imagine most of their recipes were actually curated by the person on the cover? Do we suppose that person has spent the countless hours in the kitchen required to become an authority on what the rest of us should eat? As in all things, it depends.

Stanley Tucci seems to have more than proven his mettle, releasing two well-loved cookbooks and earning praise from Mario Batali. But I’d also take a chance on Snoop Dogg’s From Crook to Cook, which includes 50 of his own recipes, such as “baked mac and cheese and fried Bologna sandwiches with chips.” How could you go wrong?

Many a celebrity cookbook aims for the fine-dining approach famous people are used to getting from personal chefs. But Snoop joins a long tradition of artists whose signature dishes are everyday comfort foods and holiday favorites. Whatever else he and Leo Tolstoy might find to talk about, for example (use your imagination), they would surely swap mac and cheese recipes.

Tolstoy’s recipe for mac and cheese is made on the stovetop, not baked, but it sounds delicious all the same, with its layers of Parmesan cheese. Far more complex meals, fit for Russian aristocrats, appear in The Cookbook, a collection of Tolstoy family recipes, though we can hardly imagine the Tolstoy family did much of the cooking themselves.

Not so with Miles Davis, who also uses Parmesan in a dish not usually known to feature the Italian cheese. His chili—or rather “Miles’s South Side Chicago Chili Mack”—sounds incredibly rich in a recipe published in 2007. “I could cook most of the French dishes,” Miles wrote in his autobiography, “and all the black American dishes.” His skills in the kitchen were well attested, though his personal recipe book has been lost.

Other celebrities like Marilyn Monroe also go with comforting old favorites. What appears in her recipe for turkey and stuffing (besides walnuts and no garlic… feel free to make substitutions…)? That’s right, Parmesan cheese. If there’s a pattern in this repetition, maybe it’s that the rest of us home cooks should do more with Parmesan cheese.

If you’re wondering what kind of cheese Ernest Hemingway puts on his favorite burger, the answer is none. Another celebrity cook who surely did a good bit of his own cooking, Hemingway asks a lot of those willing to take a chance on his burger recipe, which commingles India relish, capers, Beau Monde seasoning, Mei Yen Powder with garlic, green onions, egg, and red or white wine.

Despite such unusual toppings, a burger is still a burger—for millions of people the most comforting food they can imagine. Cracking open Salvador Dali’s 1973 cookbook reveals few dishes that are familiar, or actually edible or even legal. Dali formed ambitions to become a chef, he claimed, at the age of 6. Maybe that’s also when he came up with “Toffee with Pine Cones,” “Veal Cutlets Stuffed with Snails,” and “Thousand Year Old Eggs.”

None of these recipes have in mind the needs of the carb-conscious, or of vegetarians and vegans. But some creative reimagining could make them suitable for several kinds of modern diets. (In Hemingway’s case, a simple swap for any burger alternative might do the trick.) When it comes to cocktail recipes, alternatives are trickier.

If you don’t drink alcohol or eat meat, you’ll have little to gain from Leonard Cohen’s recipe for The Red Needle, which involves two ounces of tequila and should be served with Montreal smoked meat sandwiches. Likewise, I doubt there’s any vegan, low-sugar, non-alcoholic way to make Eudora Welty’s “Mother’s Eggnog” (which she also attributed to Charles Dickens).

Maybe celebrity cookbooks these days don’t contribute so much to the epidemic of heart disease and hypertension. But there’s something to be said for the authenticity of recipes from famous people of the past. They reflect dishes and drinks made with deep affection—for butter, cheese, carbs, salt, fat, and booze.

If it’s healthier fare you’re looking for, why not take a chance on Allen Ginsberg’s cold summer borscht? Or David Lynch’s easy quinoa recipe? Aleister Crowley’s recipe for a rice meant to be eaten with curry sounds delightful, though one can’t help but wonder at another lost recipe the infamous occultist once made for his fellow mountaineers on an expedition—a rice so spicy, he claimed, it made them “dash out of the tent after one mouthful and wallow in the snow, snapping at it like mad dogs.”

See many more recipes from famous artists at the links below.