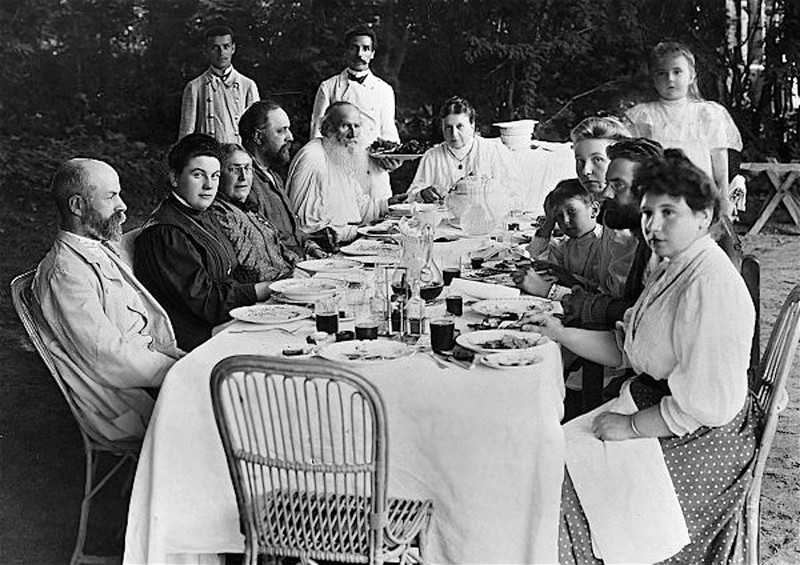 Available in an inexpensive Kindle format ($3.99), Leo Tolstoy’s family recipe book features dozens of recipes, everything from Tartar Sauce and Spiced Mushrooms (what’s a Russian kitchen without mushrooms?), to Stuffed Dumplings and Green Beans à la Maître d’Hôtel, to Coffee Cake and Viennese Pie. The text comes with a translation, too, of Russian weights and measures used during the period. One recipe Mr. Beltyukov provided to us (which I didn’t see in the book) is for the Tolstoy’s good ole Mac ‘N’ Cheese dish. It goes something like this:

We’ll leave you with bon appétit! — an expression almost certainly heard in the homes of those French-speaking Russian aristocrats.

Note: This post first appeared on OC back in 2014.